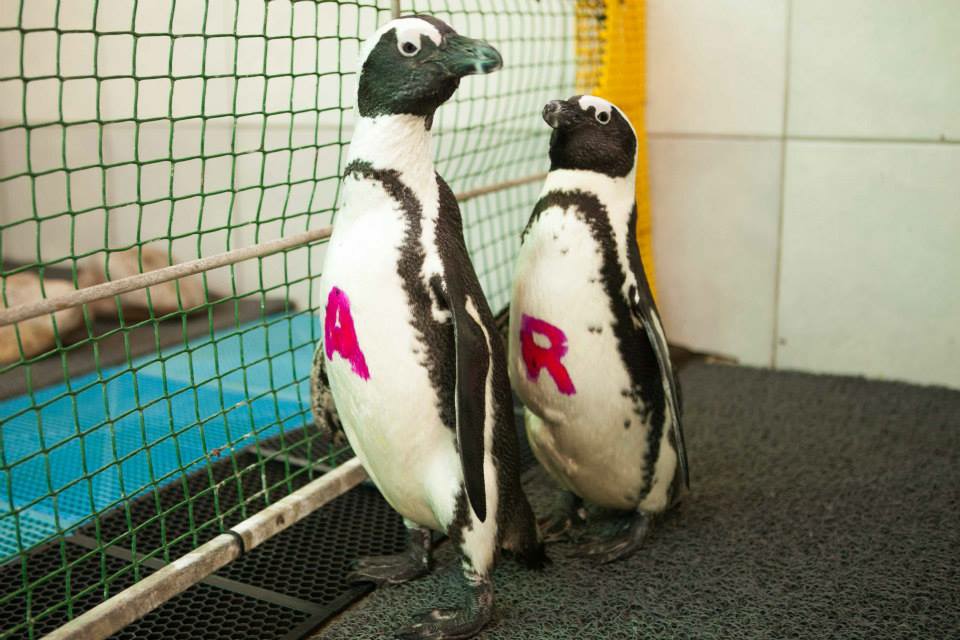 Meet Alfa and Romeo. They’re all dressed up with somewhere special to go! They’re going home, back to the wild. The two rehabilitated African penguins were released off the coast of Cape St Francis, Africa, thanks to the caring people of the Eastern Province Alfa Romeo Club and the South African Foundation for the Conservation of Coastal Seabirds, or SANCCOB.

SANCCOB is a leading marine non-profit organization with a vision to conserve seabirds and other sea-life, especially threatened species such as the African penguin. 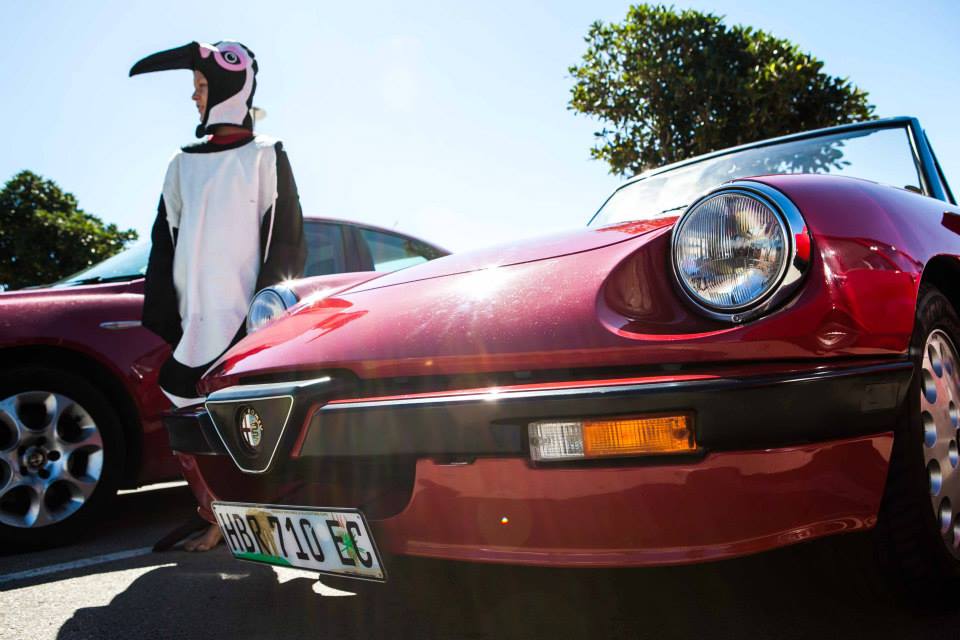 Many new and classic Alfa Romeos were on display while the club collected donations. 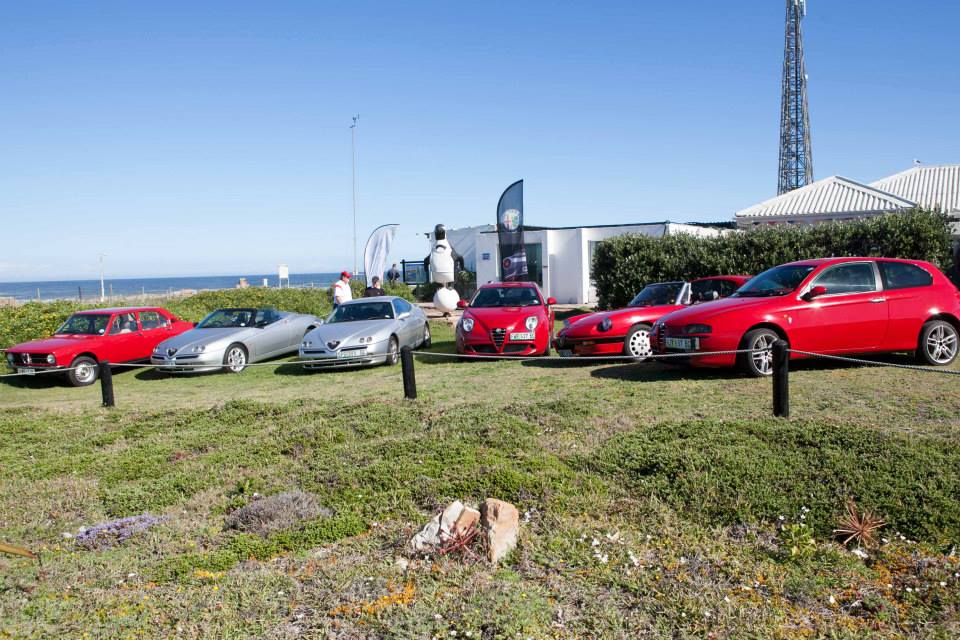 From there, the EP Alfa Romeo Club cruised to Cape St. Francis, where they adopted and released the two rehabilitated African penguins back into the wild. 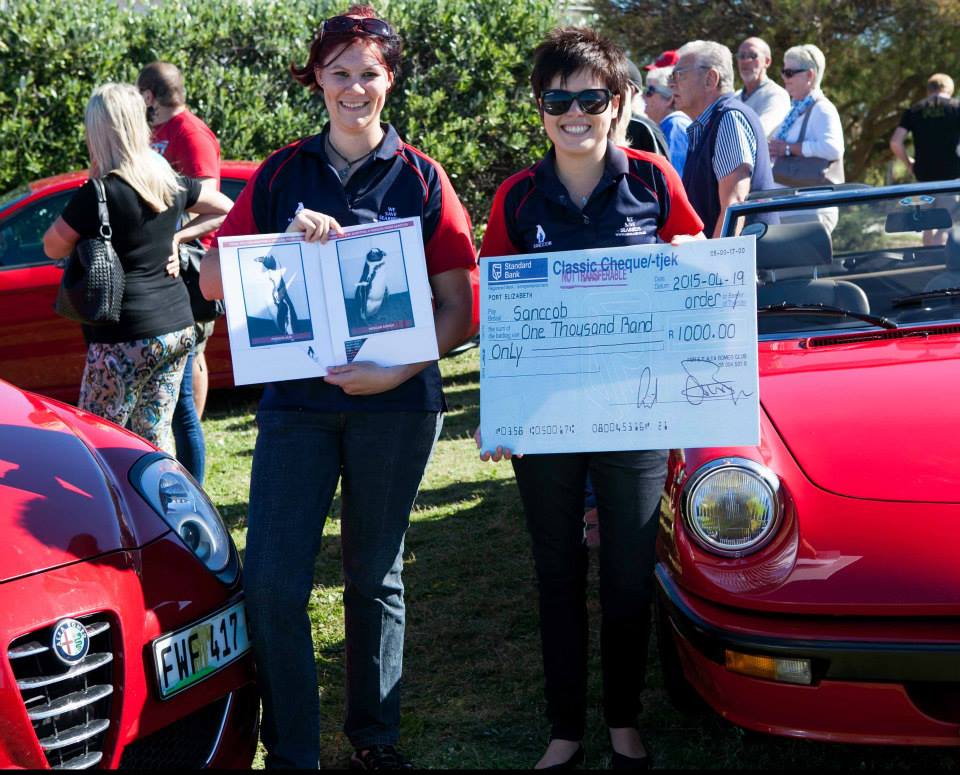 The two African penguins, Alfa and Romeo, or AP22 and AP13, were both admitted to the SANCCOB Seabird Rehab centre, to be treated for wounds to their abdomens. Volunteers aren’t sure how they got their wounds, but say common causes of severe wounds are: by predators such as seals, sharks and other land-based predators; trauma by rough seas; and injuries due to pollutants such as plastics and fishing nets and lines.

The big guy, Alfa, was admitted from Bird Island, one of only two African penguin colonies in the Eastern Cape. Little Romeo was admitted as a stranded penguin in the Cape St Francis region and both will find their way back to the Algoa Bay colonies, Bird and St Croix Islands, which collectively support 45% of the global wild African penguin population. 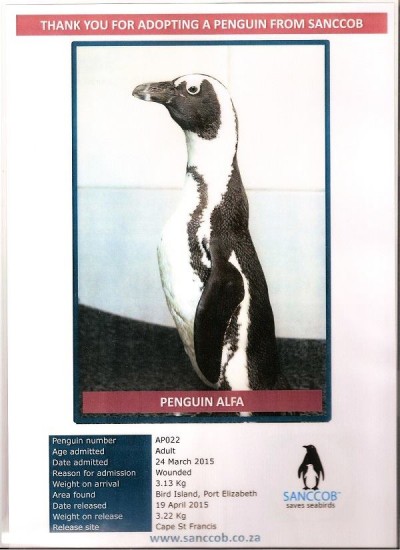 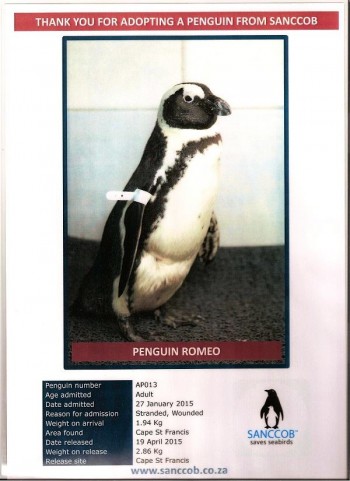 Both penguins were rehabilitated until they reached a healthy weight of 3 kilograms (more than 6.5 pounds) and sported a complete set of waterproof feathers. They received the final veterinary stamp of approval before being released back into the wild. 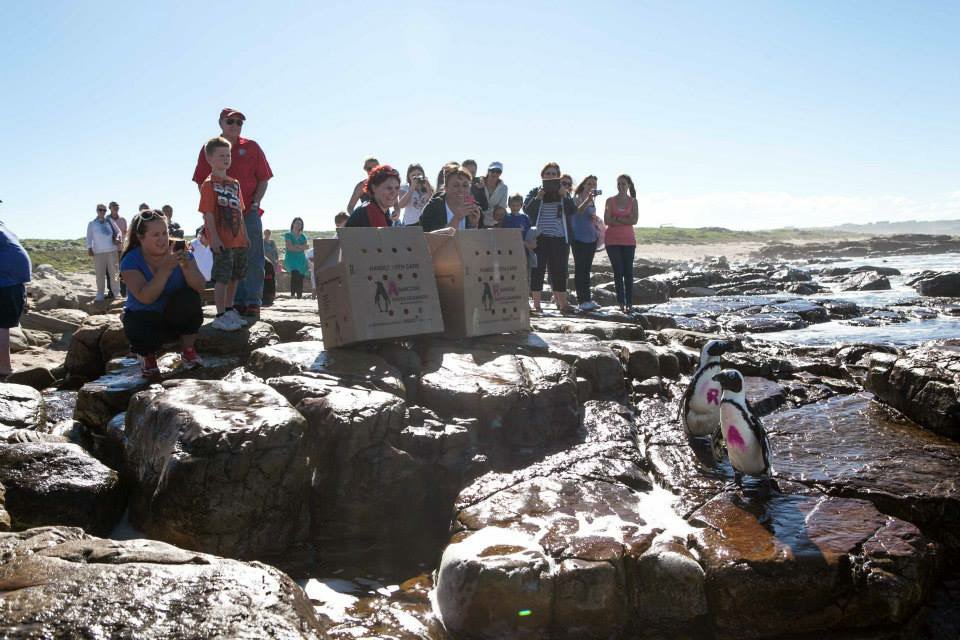 The pink “A” and “R” letters on their bellies are written in animal-friendly, temporary paint that stays on for about a month. It helps SANCCOB spot recently rehabilitated penguins in a new colony. Rangers visit the penguin colonies to help spot, track and share how well they are doing in the wild. The paint disappears after four weeks and the feather quality and waterproofing ability remain intact.

A little more about our feathered friends:

The African penguin is one of 17 penguin species. It’s the only penguin species native to the African continent and is found nowhere else in the world. The adult African penguin has a black back and a white belly with a black chin and face patch separated from the crown by a broad white band. They have a narrow black band across the chest, in the shape of an upside down U, which goes from the chest down the outsides of the legs. They have hazel eyes and there is a bare, pinkish patch above each eye. Each penguin has its own unique pattern of scattered black speckles/spots on their chest and belly – it is their version of fingerprints. They have a black bill with a pale horn band just behind the tip. Their legs and feet are black, variably blotched with pink. African penguins have an average height of between 50 to 70cm with an average weight of 2.1 to 3.7kg. (19 to 28 inches with 4.6 to 8.1 pounds).

Hopefully Alfa and Romeo will stick together as they find their way home.

For more information on SANCCOB and its mission to save the African penguins, or to donate, check out this video on the penguins plight.