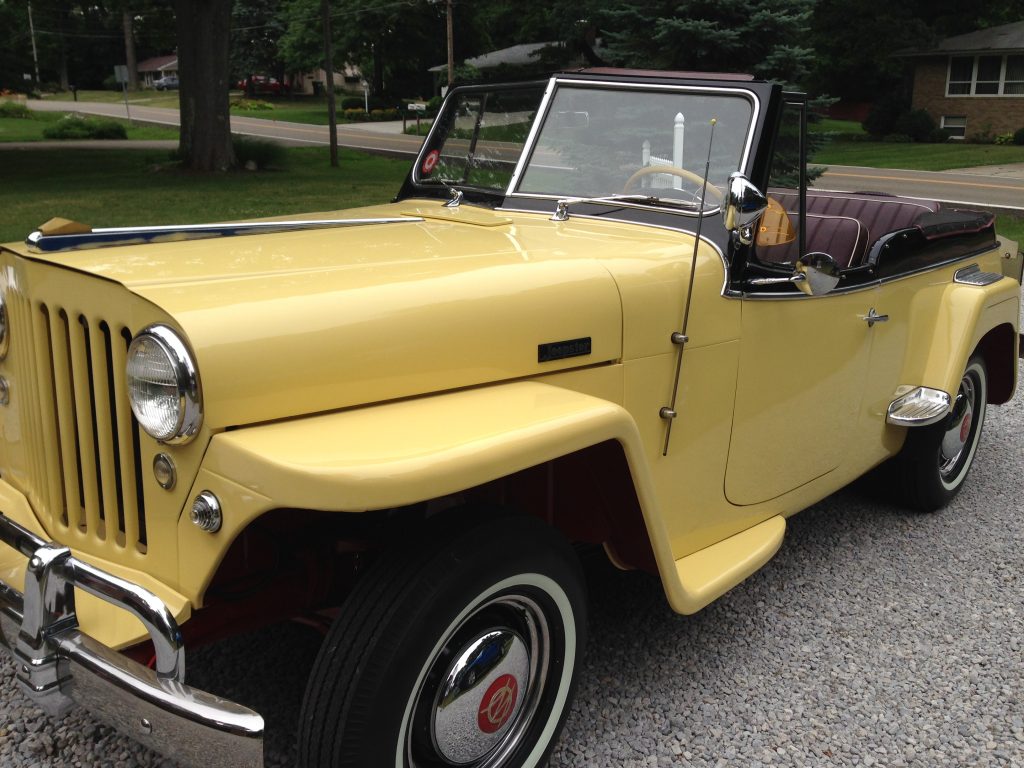 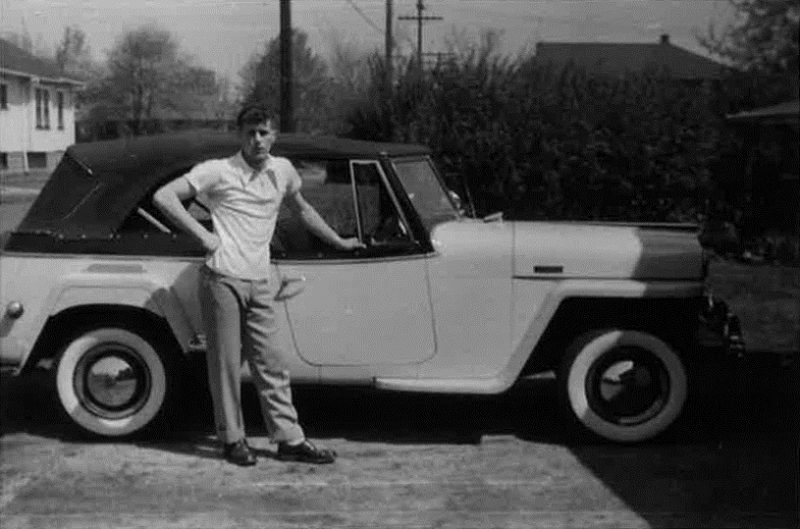 Do you have the patience to take apart, restore and clean nearly every piece and component of a car?

If you’re a machinist, a machinist like Ed Masuga of suburban Akron, Ohio, you do.

As a teenager in 1950, Ed Masuga (right), now 83, bought a used 1948 Jeepster from his brother-in-law, Dan. As his daily driver, he drove it around his hometown of Akron for several years, going back and forth to school, hanging out with friends, later going to his job at Goodyear and courting the future Mrs. Masuga.

As with most of us, raising a family means change. “After I started raising my family, I said, ‘There’s not too many of these cars around,’ so I put it in mothballs.

“I put it indoors, off the ground for many, many years until I retired at the end of 1998 as a machinist at Goodyear,” he told us.

‘Down to the bare bones’

There’s barely a piece on Masuga’s 1948 four-cylinder Jeepster that he hasn’t touched and cleaned, painted, replaced or somehow restored. 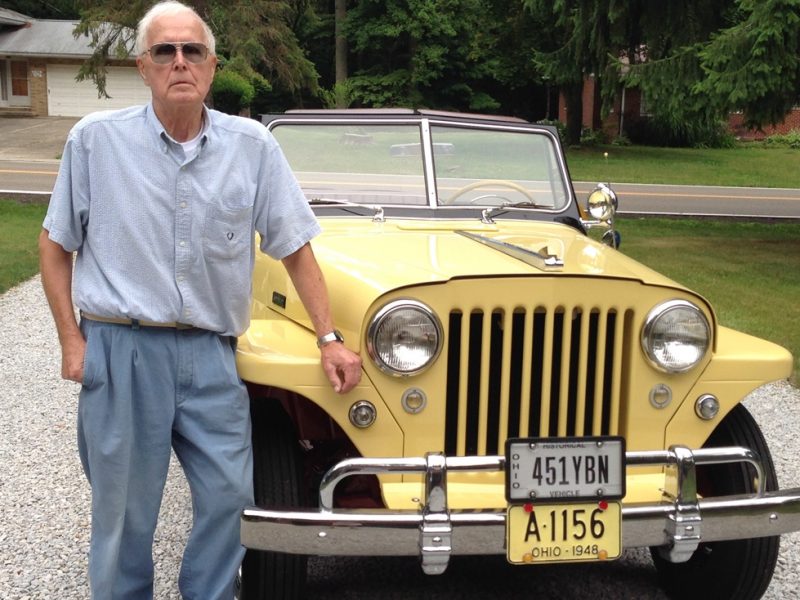 Ed Masuga with his restored 1948 Jeepster.

“I did it like I had my own factory. Being a machinist, everything is detailed with tight tolerances,” Masuga said. “I took it down to the bare bones. I have everything catalogued on paper, where I bought each piece and part.

One of the first things Masuga did in 1998 was raise the body up about two inches off the frame to work underneath, sanding the body, polishing and painting it.

“I painted the underbody a medium red. The original was black. I did it because I wanted to do something different. You can see it from the sides of the fenders,” he told us.

Masuga also replaced all the dried-out rubber parts, including the brake cylinders, hood molding, gaskets, etc. He took off the rims, then sand-blasted and painted them before putting them back on.

Two sources Masuga relied heavily on for any replacement parts was Hemmings catalog and Jeepster Man. While retired, he started working in a friend’s body shop, working up to a few mornings a week, then being able to use a bay later and on the weekends to work on his Jeepster.

While Masuga did get some help from his body shop friend and a company to recondition the metal frames for the seats, he did all the restoration and rebuilding himself during the 18-year project, which finished earlier this summer.

Over the course of the project, Masuga said he guesses he paid more in primer and paint than the $1,100 he paid for the Jeepster when he bought it in 1950.

These days, Masuga said he takes his Jeepster out only in good weather. With his wife Ellen, they often go on Sunday drives. “I’ve never driven it in on the highway. When I was young, I once pushed the speed to 60-65 [miles per hour], but that’s the fastest it’s ever gone.”

A member of the Willys Overland Jeepster Club, Masuga said he also doesn’t show his Jeepster at car shows.

“I’m not interested in taking it to car shows. I did it for myself,” he said, “though it does get a lot of attention and people asking about it when I take it out.” 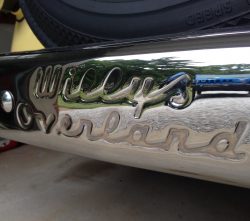 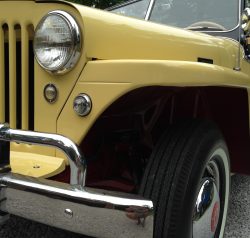 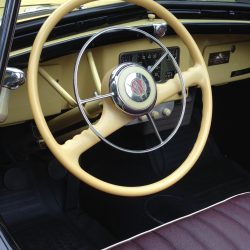 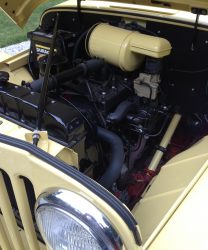 Thanks to Ed Masuga, and his daughter, Paula, for providing the images.