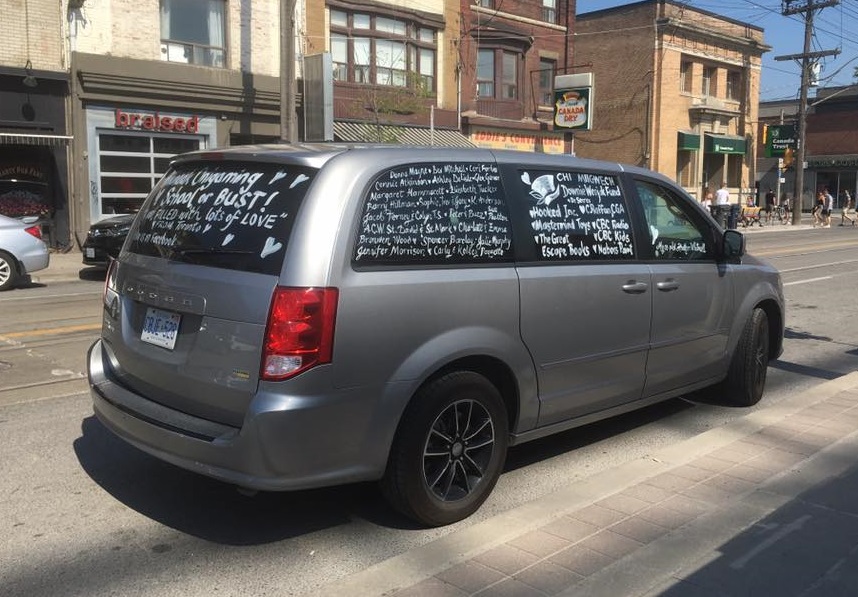 Sherrill Tucker used every inch of cargo space in her Dodge Grand Caravan to transport books, school supplies, sporting equipment and other needed items to the more than 100 students at the Mikinaak Onigaming School at Ojibways of Onigaming First Nation. 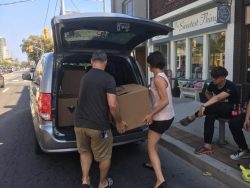 The remaining space was filled with other items, including hockey goalie pads and sports balls, for the 2,000 km trip by Tucker and her friend/co-driver Heather Whitmell from Toronto to the reservation near Thunder Bay, Ontario – approximately 190 miles northeast of Duluth, Minn.

“When we wanted to make this trip, we needed to have (a vehicle with) seats in the floor,” said Tucker, who preferred the Grand Caravan for its gas savings — along with some hometown pride. “Being from Windsor, I’m proud of the minivan.”

The Dodge Grand Caravan also included technological amenities to help with the long trip. Tucker and her co-pilot used the built-in GPS to get from the urban neighborhoods of the Toronto to the woodlands north of Lake Superior. Additionally, they listened to SiriusXM once they lost terrestrial radio signals.

This year, with Canada celebrating its 150th birthday, she wanted to do something that would have a greater impact on the school, which she said experiences a large discrepancy in funding versus an urban school.

“All I wanted to do was make a gesture. I asked for a donation and I got half a van,” said Tucker, who appreciated the large outpouring of support for her trip. “It was almost like ‘Thelma and Louise’ with a good ending.” 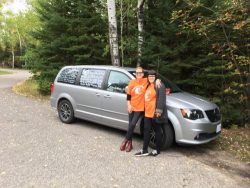 The success of the trip came from donations from an array of individuals of all ages, bookstores and other businesses. This included hard-covered sketchbooks that were given to each student to use for art, math or other classes.

Additionally, the Downie Wenjack Fund – which was established by the Tragically Hip’s lead singer Gord Downie to improve the lives of First Peoples and focus on cross-cultural education to support healing and recovery – covered the rental cost for the van.

“I’m so impressed with what Sherrill organized and then delivered to Mikinaak Onigaming School and the way in which she did it,” wrote Mike Downie, who started the fund with his brother and the family of Chanie Wenjack, in an email. He added that he hopes her efforts will “inspire other Canadians to ‘Do Something.’”

Following her trip, Tucker said she needs to catch up on sleep and work – which she took a week off without pay – and she plans on continuing her efforts to help the school.

“Once we got there we realized we have to do this again,” Tucker said. “Since we saw the need, the need is so great.”

And to those who donated and supported her trip, she says “Chi Miigwech,” which is Ojibwa for thank you very much.

To donate to Tucker’s next trip, contact her by email: sherrill_tucker@yahoo.ca.

Editor’s Note: This Minivan Monday post is also the latest installment our Minivan Memories series. Do you have a Minivan Memory? Whether it’s a cross-country road trip, a moment that mattered on your daily drive or utilizing a minivan for a philanthropic effort, you can submit your own “minivan memory” right here.