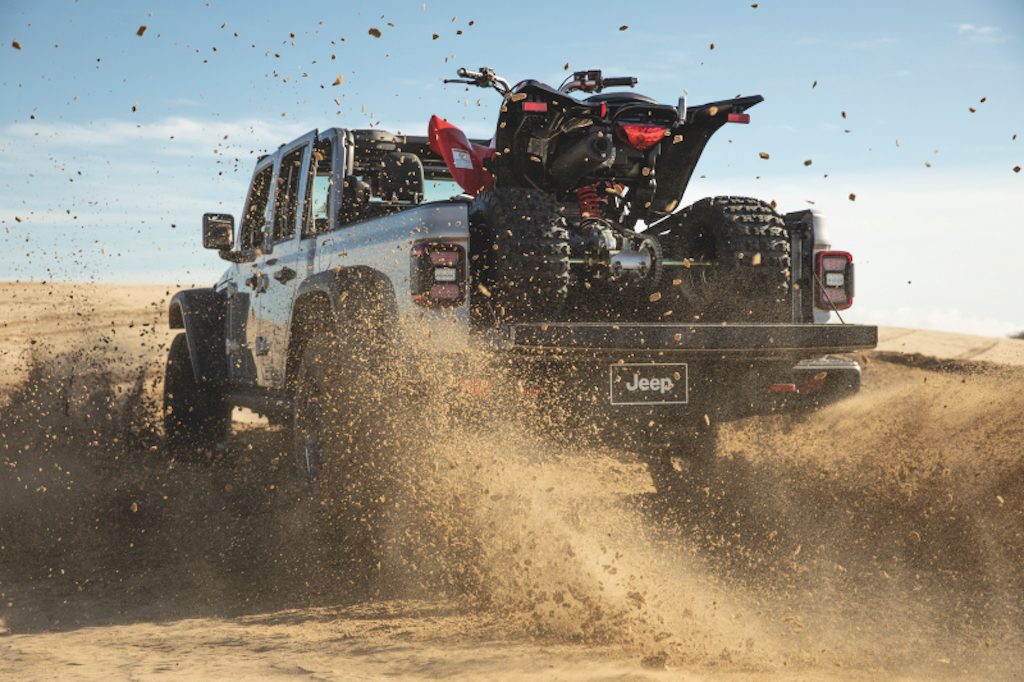 When the 2020 Jeep® Gladiator was first introduced at the Los Angeles Auto Show, it did so with the title of best-in-class payload.

Nearly a year later, the payload capacity got even better.

The 2020 Jeep Gladiator now has an available payload rating of up to 1,700 pounds, which is up from the original rating of 1,600 pounds.

Engineers initially set a target for the Gladiator to be best-in-class for payload (1,600 pounds) and towing (7,650 pounds).  As they worked to meet those goals, engineering was conservative with their weight tracking through the development of the midsize truck.

During this process, the team at Jeep balanced their capability targets with light weighting efforts to optimize performance and weight.

One example of the light weighting efforts was to give the Gladiator an aluminum tailgate. This not only contributed to a lower weight for the truck, it also reduces closing efforts for customers.

By coming in under their target weight for the Gladiator, Jeep engineers were able to increase the payload rating for all of the Gladiator models. The top-rated model is the Gladiator with the Sport package, which features a max payload of 1,700 pounds.

With this rating, customers can haul a variety of payloads in the rugged, all-steel five-foot cargo bed, including dirt bikes and ATVs.

For more information about the Gladiator, visit Jeep.com.