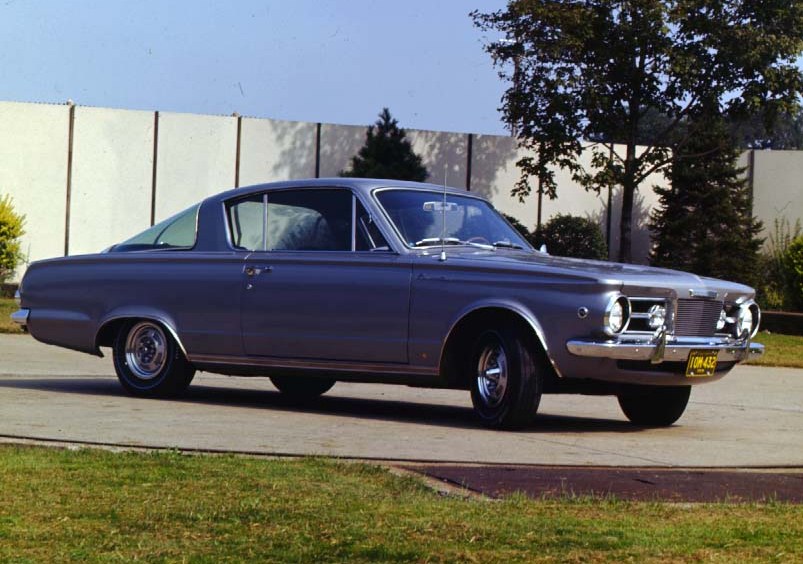 With the combination of relatively low production, good timing, standout design and performance – and a bit of legend – the Barracuda is one of those cars that turns heads on the road and pauses conversations.

And, brothers Dan and Sam Locklin want to be sure to preserve the Barracuda history for future generations to enjoy.

“All muscle cars are special in their own unique way, but the Plymouth Barracuda and ‘Cuda, which is high performance version, are like none other. These are rare muscle cars. You will get a reaction from people on the street every time,” said Sam.

Sam, a video professional, and Dan, owner of an automotive repair business, own three Barracudas (pictured above; with photo credit to Rachel Locklin): a blue 1972 ‘Cuda owned by Sam, a green 1972 ‘Cuda owned by Dan and a red 1974 ‘Cuda owned by both Dan and Sam. (See Flickr for more story behind the ‘Cuda Brothers’ cars.)

They formed ‘Cuda Brothers in mid 2012, with the goal of “preserving the Barracuda legend.” As the two discussed their goal, they realized that restorations and videos weren’t going to be enough.

“We determined that the best way to promote the Barracuda was through a documentary about the history of this great American Muscle car,” Sam said.

As the Locklin brothers show, the Barracuda has a very loyal following, according to Chrysler Group Manager of Historical Services Brandt Rosenbusch.

“While the 1964-67 Barracudas filled a vacant spot in the Plymouth dealers’ showrooms, and had a loyal following than as now, the Barracuda came into its own in the 1968-1972 model years. This was truly the height of the muscle era,” Rosenbusch said.

Sam Locklin explained that “the documentary will include video of every year produced and every configuration, including all three generations from convertibles to the original 1964 Barracuda with the large bubble rear window.”

Here’s a rundown on some of the Barracudas the Locklins are looking for:

“One of the often quoted numbers is that there was only 14 HEMI ‘Cuda Convertibles produced in 1970. This makes it one of the rarest muscle cars of all time. These vehicles were selling during the height of the recent muscle car boom for well over $1,000,000. That’s the stuff of legend,” Rosenbusch said.

As part of the early efforts for the Barracuda documentary, Sam and Dan are working to get the word out through ‘Cuda Brothers website and ‘Cuda Brothers Facebook page, and are seeking funding, sponsorship and other types of assistance.

So, please lend a hand and contact Sam and Dan Locklin if you have a Barracuda, know about the Barracuda or can help in their documentary quest.