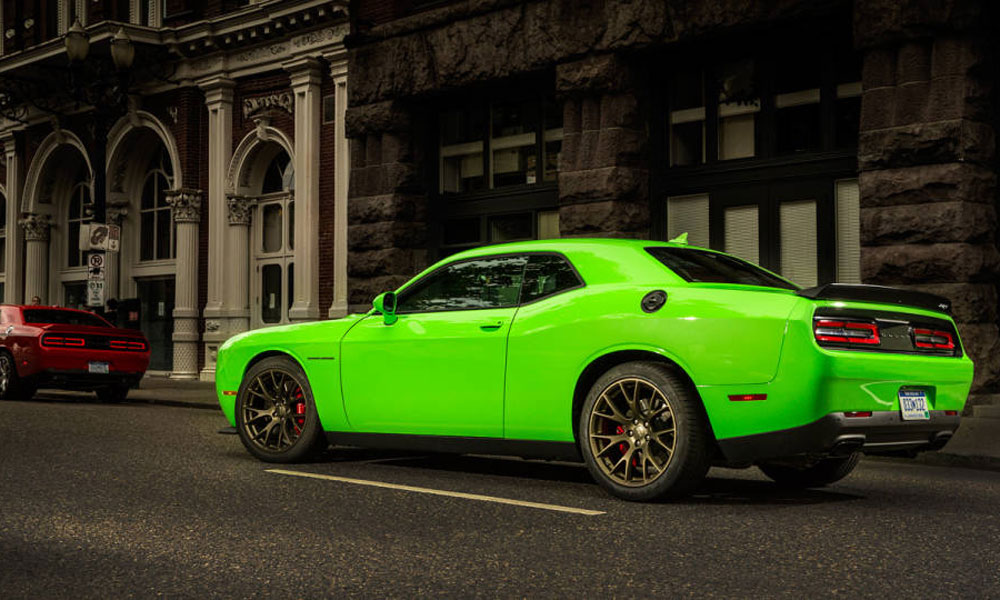 The 2015 Dodge Challenger stands out in Portland.

For the past week, Portland, Oregon, has been the center of the Dodge Challenger universe.

During that time, groups of journalists have come to the picturesque Northwest city to spend time driving the redesigned 2015 Dodge Challenger. In just a few weeks, the new Challenger will arrive in Dodge dealerships around the country.

Need a spotter’s guide to the new Dodge Challenger on the road? We’ve published several B-roll videos of the new muscle car, shot in the areas around Portland.

Not surprisingly, the top-of-the-line Challenger SRT with the supercharged HEMI Hellcat V-8 attracts plenty of attention. The engine’s output of 707 hp and 650 lb-ft of torque make tire-smoking burnout videos a popular post on social media outlets.

The story of the new Challenger goes beyond laying down a set of black stripes on a drag strip, though. The 2015 Dodge Challenger carries a redesigned interior that is more comfortable and uses premium materials, while drawing on the 1971 Challenger for design inspiration.

That ’71 Challenger also inspired Dodge’s exterior stylists – check out the grille design and the black filler panel with chrome letters, which links the LED taillamp units – while keeping the iconic Challenger silhouette.

Are you ready to drive one?