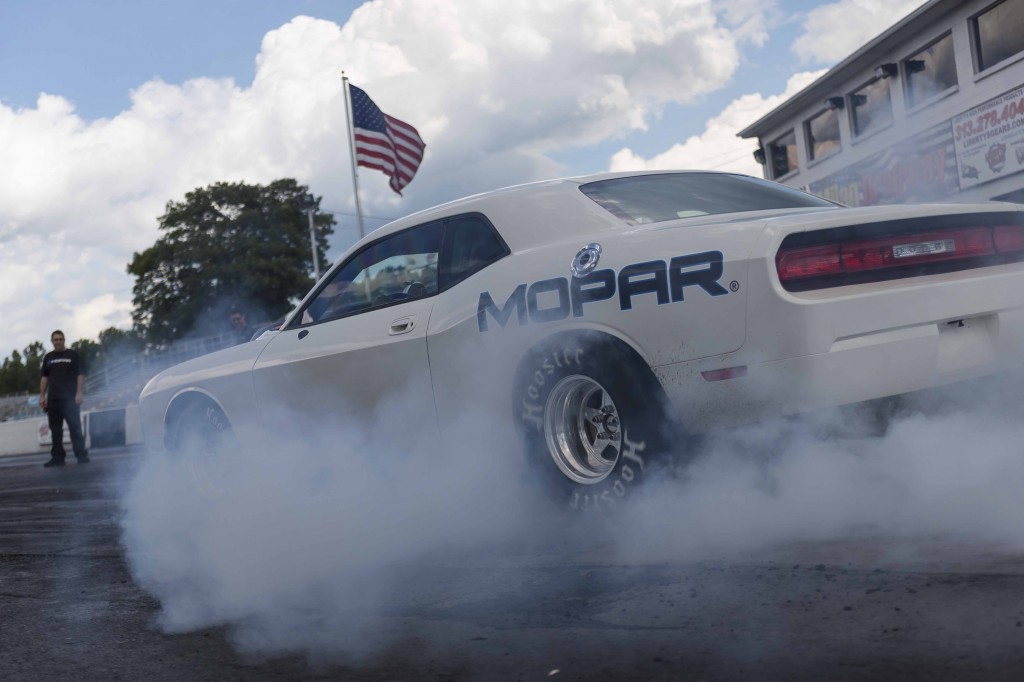 Mopar provides Sportsman racers at the NHRA U.S. Nationals in In

For 50 years Mopar power has been a dominant force on race tracks and drag strips. It’s not letting off the gas pedal anytime soon.

On Thursday night at Lucas Oil Raceway in Indianapolis – site of the annual NHRA U.S. Nationals this weekend — more than 150 Sportsman class drag racers and fans got a preview of the test car for the next generation of factory-built drag race car, the 2015 Dodge Challenger Drag Pak. This is the third generation of Drag Pak cars offered by Mopar, based on the modern Dodge Challenger body. 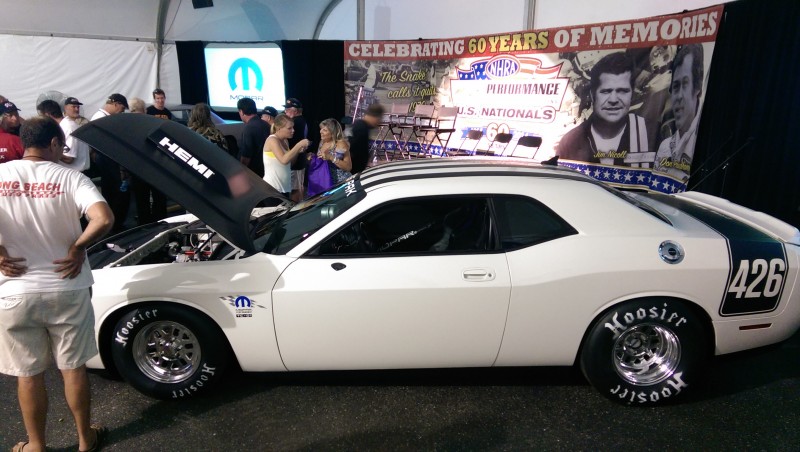 Mopar provides Sportsman racers at the NHRA U.S. Nationals in Indianapolis with a sneak peek at the development of a 2015 Mopar Challenger Drag Pak test vehicle.

And the biggest news is what’s under the hood. Mopar announced it will offer the new Challenger Drag Pack with an optional supercharged aluminum HEMI V-8 engine – bringing some Dodge and SRT attitude to the drag strip. In a nod to Chrysler Group racing history, the gold-colored valve covers of the supercharged race engine were branded Super FirePower.

Drag racers who like their power naturally aspirated will find a modern version of the aluminum 426 HEMI V-8 Race engine under the Drag Pak test car’s hood.

Not sure what all the fuss is about? The Drag Pak is what is known in drag racing circles as a “turn-key” car. Racers can order a Dodge Challenger Drag Pak from the factory and know that the car has been engineered and set up so that it will be competitive the first time is runs down the quarter-mile.

The Challenger Drag Pak test car showed a Chrysler-based 727 automatic transmission, race-style stick shift with line lock and an aluminum driveshaft. The suspension includes a Mopar K-member and struts up front, and a solid rear axle with a four-link suspension and Panhard bar. The interior is fitted with an NHRA-spec roll cage, lightweight driver and front passenger racing seats, safety belts and nets, and Mopar gauges.

The Indy event was just a preview – engineering work on the 2015 Dodge Challengers Drag Pak is continuing, as are certification talks with the NHRA.

A limited number of 2015 Dodge Challenger Drag Pak cars are set to be built. Mopar officials at the preview event urged drivers to say whether they would want a naturally aspirated or supercharged engine – the final build mix on the engine hasn’t been determined yet.