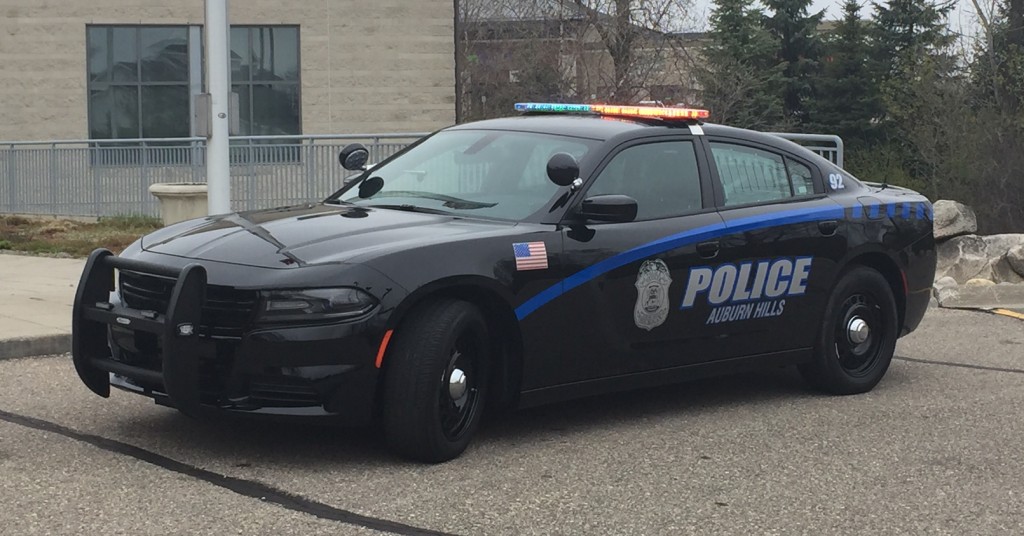 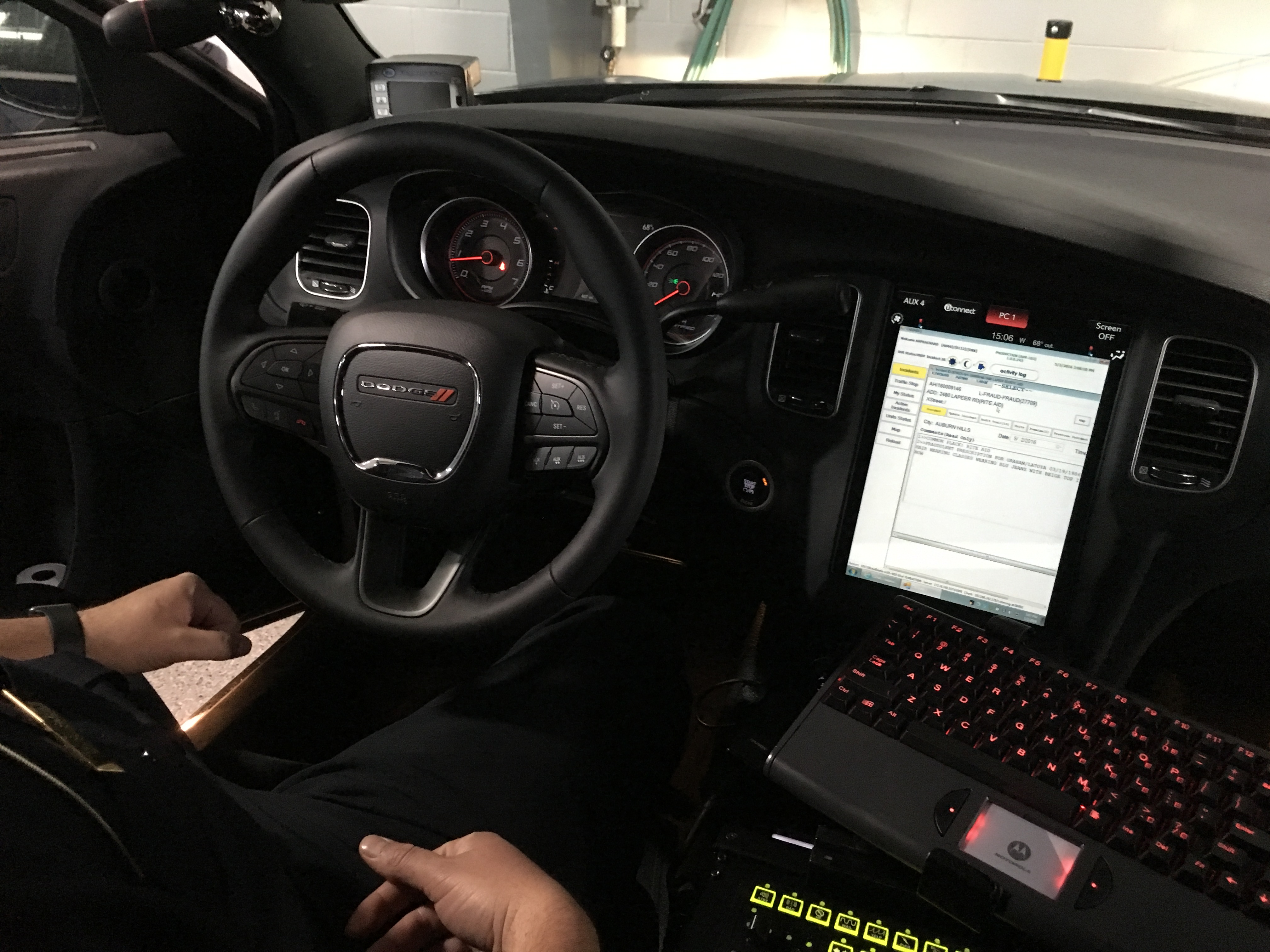 The Uconnect 12.1 touchscreen system installed in one of the Dodge Charger Pursuit cars, operated by Auburn Hills (Michigan) Police Department.

After its September 2015 introduction, the Uconnect 12.1 touchscreen system in the Dodge Charger Pursuit is making its way into the hands of those who protect us, starting with the Auburn Hills Police, May 1. Production started this spring on the innovative Uconnect 12.1, which was designed with feedback and experience from Dodge Law Enforcement’s 19-member Police Advisory Board.

Uconnect 12.1’s intuitively designed control is integrated into the instrument panel. This means officers have safe sightlines and easy reach of data. Being in the IP, it also opens up the passenger seat for patrol partners, compared to clunky third-party options, and does not interfere with air bag deployment.

Uconnect 12.1 provides a large 1024 by 768 pixel display of Uconnect radio and vehicle controls, as well as the ability to toggle to a law enforcement officer’s computer via a menu bar at the top of the screen.

Like the Uconnect design, the Dodge Charger Pursuit’s cockpit is intuitive and includes redundant vehicle controls, such as for radio and climate, located below the Uconnect system. The driver can also use the switches on the back of the steering wheel, voice commands, the touchscreen display or the redundant knobs and buttons to control a bevy of vehicle options.

Take less than two minutes for a tour of the Uconnect 12.1 touchscreen system from the September introduction.