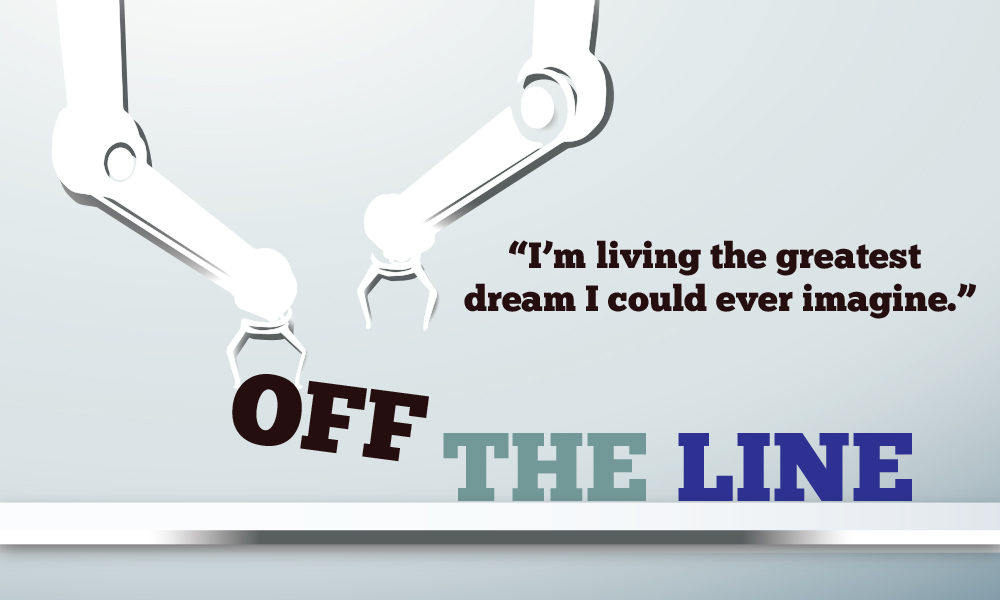 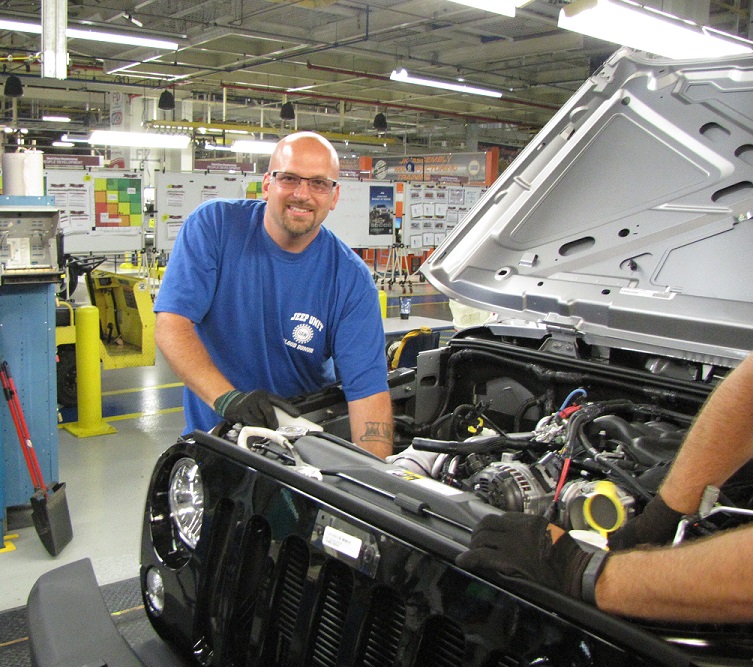 With his trademark bald head and big smile, Joe Nudi may be a familiar face to family, friends and coworkers, but recently his face appeared on the national stage — perhaps one of the biggest stages in the United States: the Democratic National Convention (DNC). A third-generation auto worker, Joe’s story aired in a video that played before President Bill Clinton spoke to the packed convention center in Philadelphia, as well as a national audience, last month. 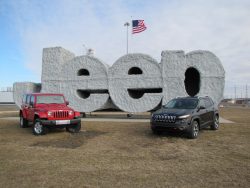 Joe lives in Toledo, Ohio, famous for being the home of Jeep for the past 75 years. In fact, he proudly works at the plant that builds the iconic Jeep Wrangler. Joe started working at the Toledo Assembly Complex as a teenager in 1996. He comes from a long line of automotive workers, including his grandmother, grandfather, mother and father who all worked for Chrysler, now FCA US, and have a combined 125 years of service.

Joe says he got emotional when he saw the DNC video. “It was a real honor to be a part of the introduction video of Bill Clinton. When I saw the picture on the screen of my wife Debbie, daughter Lillian and me, it was one of the proudest moments of my life. It gives me so much pride to know that Lillian will grow up and be able to say she was part of history as she was on the jumbo screen as the first woman to be a presidential candidate was selected.”

Joe’s story doesn’t end with his 15 minutes of fame. He’s still living the greatest dream he could imagine. Over two decades, Joe has gone from a part-timer to a team leader at the Toledo Assembly Complex. He’s extremely passionate about his job and wants others to know how great it is, from the moment he gets up until he goes home and all of the fun in between. 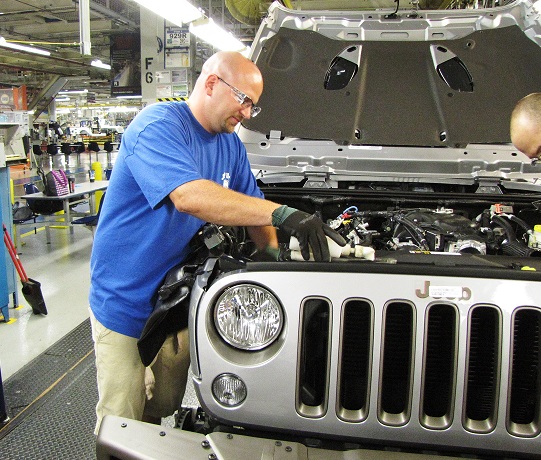 “The morning routine I can’t live without is probably shaving my face and head. I’ve been bald (by choice) since about 1995 with only a handful of months where I have grown my hair out. If I don’t shave, it’s definitely something I notice all day.”

“I have a lot of ‘fuels’ for the morning, one being a cup of coffee. Also my 2013 Jeep Wrangler. I turn the radio up, the top comes off and more than likely I’ll take the doors off, too. Nothing beats the cool morning ride to wake me up and start the day.”

“I arrive at the plant somewhere between 5:00 and 5:10 a.m. We start at 5:12. My arrival time differs because if there’s a good song on, I’ll make a trip around the plant to soak up the beautiful morning.”

“My role at the plant is team leader for the Jeep Wrangler assembly line. I started in 1996 at Toledo North as a temporary part time employee and became full time in 1999. I learned to be a welder there, along with daily body production operator jobs. I like to say that I was the hoist before there were hoists. Since I had little seniority, they made me lift everything.” 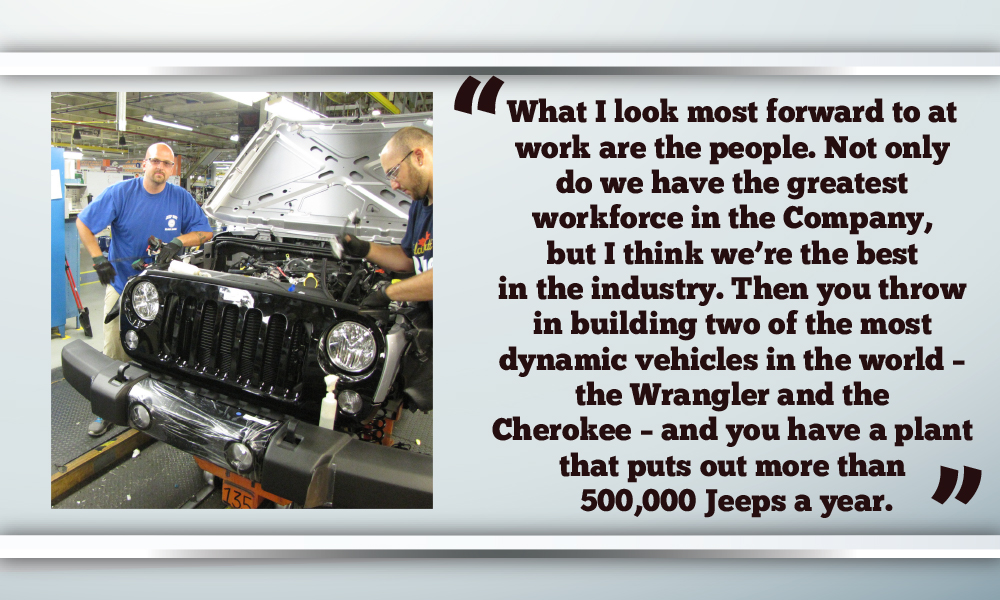 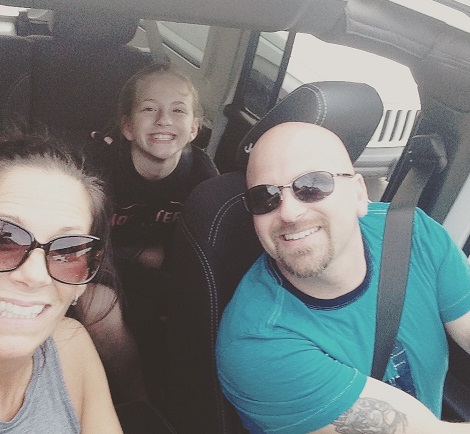 “My hobbies include playing sand volleyball and golf. We take our 12-year-old daughter, Lillian, to her many practices including volleyball, basketball and cross country. Depending on the sports season, some days become a little busier than others, but I wouldn’t trade it for anything.” 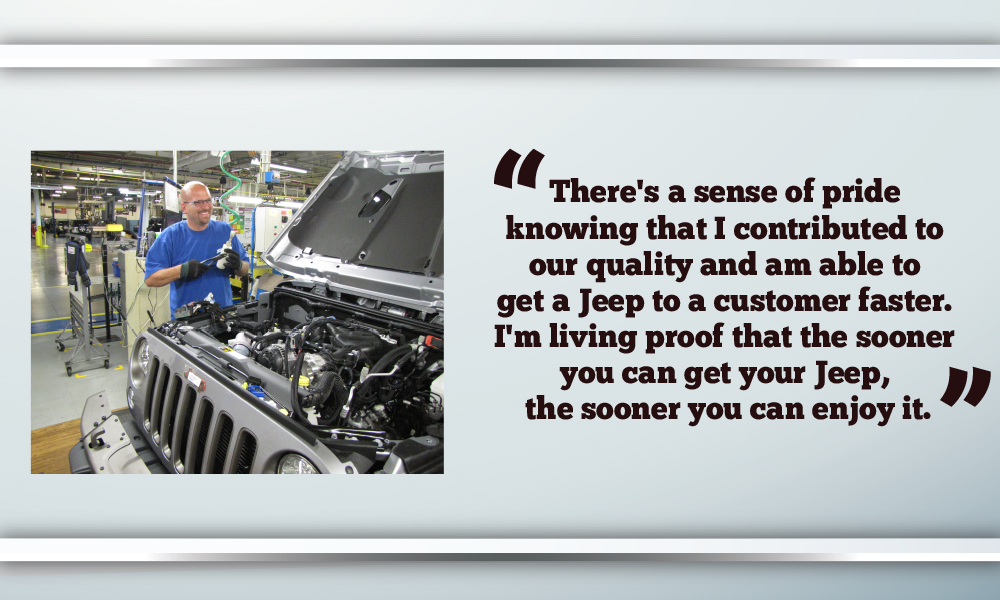 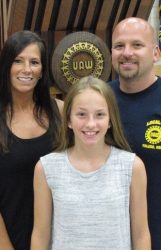 “It’s nice to see everything that my family members did in the auto industry and raise their families. It gives me pride that the people who came before me were my family. I also see what can be done when you work in this industry. I remember when I was a floater and had to work in an area by my mom, who was a team leader. People would say, ‘if you mess up, I’m telling your mom!’ Even knowing it was a joke still made me realize that I wasn’t just doing my job for me, but I was making my mom proud too!”

Joe just hopes his daughter, Lillian, learns from his example that hard work and dedication can lead to her own greatest dream.