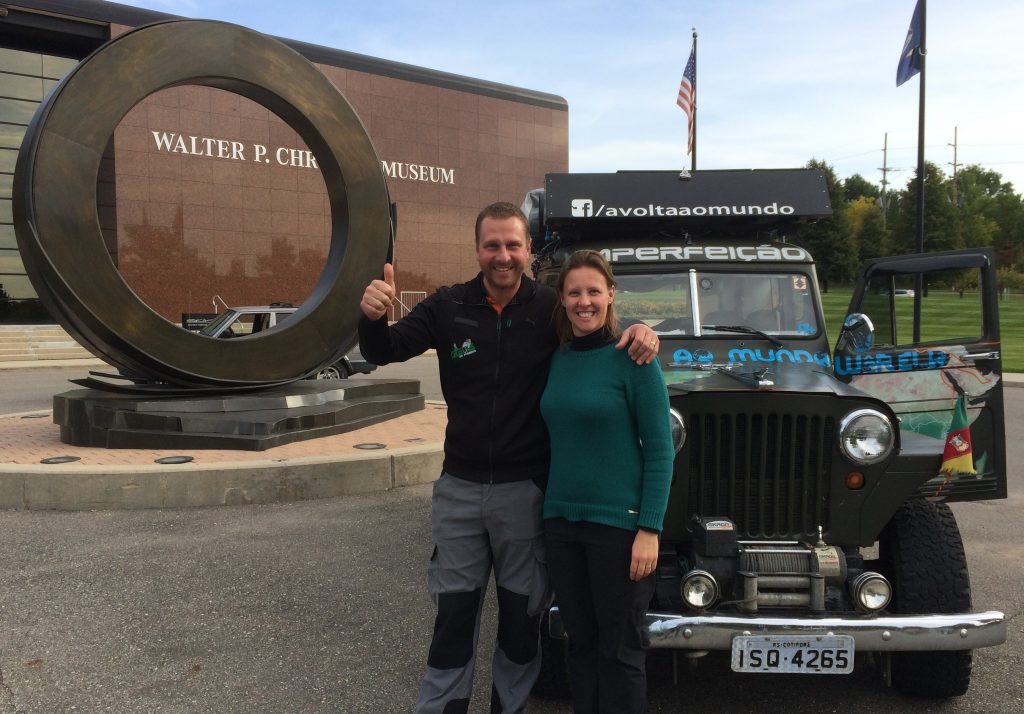 Linho Bergamin and Vanessa Sartori are taking a three-year honeymoon drive around the world in a 1946 Willys Wagon. They recently stopped at the Walter P. Chrysler Museum, Auburn Hills, Michigan.

What do the spirit of the Jeep brand and the aspirations of a newly married couple have in common? 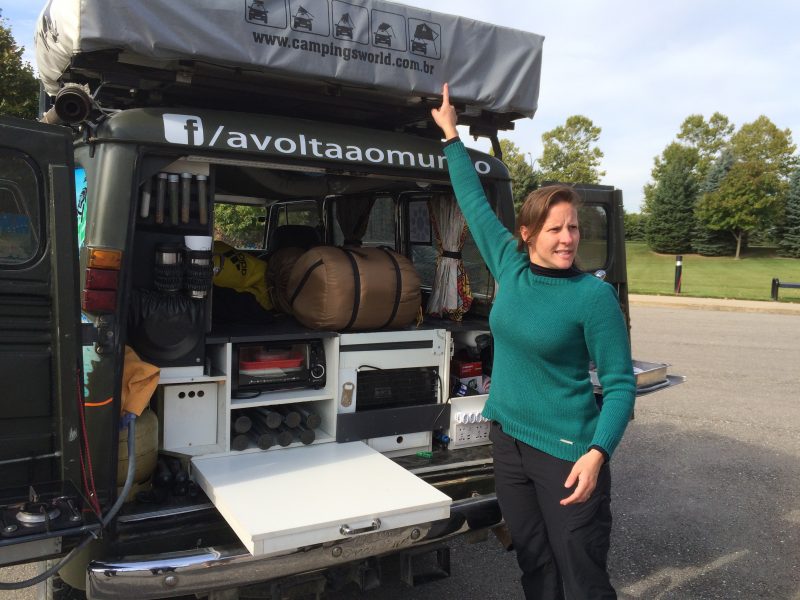 Vanessa Sartori shows just some of the modifications she and her husband made to the 1946 Willys Wagon.

Vanessa Sartori and Linho Bergamin were married March 12, and they left their home in Rio Grande do Sul, Brazil, that same day on a honeymoon adventure that would take them around the world. The couple plans to cover 70 countries on five continents during their three-year journey – all in a 1946 Willys Wagon.

We met the young couple when they recently stopped at the Walter P. Chrysler Museum in Auburn Hills, Michigan, to take some photos.

“I love the old Jeep,” Linho said. The 1946 Willys Wagon that Linho and Vanessa are driving was bought from a museum in Brazil. Linho believes it’ll be the oldest vehicle ever to go around the world.

As you’d expect, the couple made extensive modifications to the Jeep for the journey. The changes include installing a four-cylinder diesel engine, suspension upgrades and modifications to make the Jeep their home. He’s an automation engineer and she’s a food engineer, so they’ve been putting their education to good use during the five years of planning the trip.

“It’s a fantastic experience of a lifetime,” Linho told us.

A Jeep SUV is engraved on the newlyweds’ wedding bans.

Linho and Vanessa had about 400 people at their wedding and are sort of bringing them along for the ride. Instead of traditional wedding gifts, the couple asked their guests to pick a location along the route and contribute money toward getting there.

For their part, Linho and Vanessa are building a picture book of their trip, taking photos of the various locations to include with photos from the family or friends who picked it.

“Four hundred people are traveling the world with us,” Linho said.

As of now, Vanessa and Linho are still in the United States. You can follow their “World Tour/Dream Catchers” journey at Facebook.com/Avoltaaomundo/.