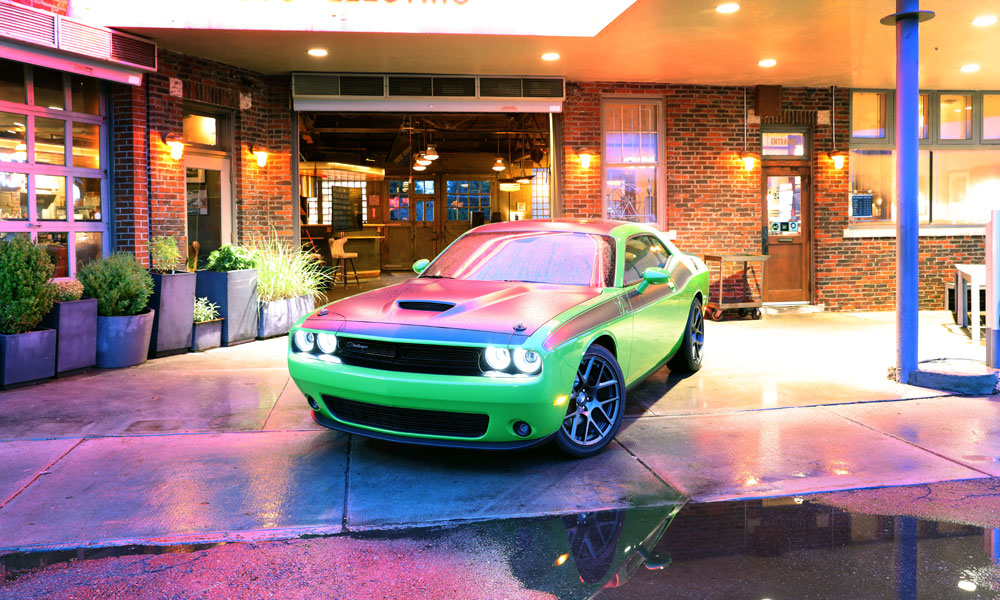 The 2017 Dodge Challenger T/A made its debut during the Woodward Dream Cruise week.

The roar of HEMI® engines and supercharged Hellcat V-8s echoing off buildings and mountains. The smell of burning rubber. The straining of neck muscles as heads turn to catch a glimpse of a Charger, Challenger or Viper rapidly shrinking in the distance.

Yes, 2016 was a wide-open throttle ride for the Dodge brand. The kind of year where you tugged on the seat belt just a bit to make sure it was snug and holding you in your seat. Don’t bother loosening it – Dodge has no plans to slow down in 2017.

Just in case it whizzed by in a blur, here are some of the mile posts Dodge passed in 2016.

No longer do muscle car fans who live in colder climates have to put their rides away when the snow begins to fly.

The 2017 Dodge Challenger GT channels the power from its award-winning Pentastar 3.6-liter V-6 to all four wheels. The Pentastar V-6 is rated at 305 hp in the Challenger GT.

The Challenger GT’s all-wheel-drive setup is adopted from the proven setup used on the Dodge Charger AWD. As drivers of the Charger AWD know, the sure-footedness of all-wheel drive is handy in all types of weather, spanning the entire year.

The Dodge Challenger GT arrives at dealerships in the first quarter of 2017.

The Dodge muscle car legacy was forged on drag strips and street cruising in the 1960s and early ‘70s. So it was only natural that Dodge returned to the Detroit area’s famed Woodward Avenue to celebrate performance with the Roadkill Nights car festival.

Partnering with TEN: The Enthusiast Network, Dodge took over a section of Woodward Avenue in Pontiac, Mich., for organized street drag racing and invited car fans of all brands to come out and join the fun.

The day-long event at the newly opened M1 Concourse drew tens of thousands of people. In addition to the 1/8-th mile drags, fans got thrill rides in Dodge Vipers, Chargers and Challengers; wandered among the cars lined up for a show and shine; and were entertained by several rock bands.

The heritage with the Dodge Challenger and Charger modern-day muscle cars stretches back for decades. For the 2017 model year, Dodge created modern interpretations of two legendary models.

Dodge introduced the Challenger T/A and Charger Daytona during the high-octane powered Woodward Dream Cruise week in the Detroit area. Both vehicles are available with the 5.7-liter and 6.4-liter V-8s and adopt some of the best performance hardware from the range-topping SRT versions of the Challenger and Charger and make them available at a more-attainable price.

Of all attributes you can list for Dodge, boring is not one of them. That extends even to the names Dodge gives its paint colors.

The 2017 Dodge color palette has plenty of “colorful” names – the result of a brainstorming session with Dodge brand executives and leaders in the FCA US Product Design Office.

Dodge vehicles are not just blue or red. There’s Blu By You, White Knuckle, Bomber Brown and Pitch Black.

The brand also continues its heritage with High-Impact Paint (HIP) colors, such as Yellow Jacket, Green Go and Go Mango. 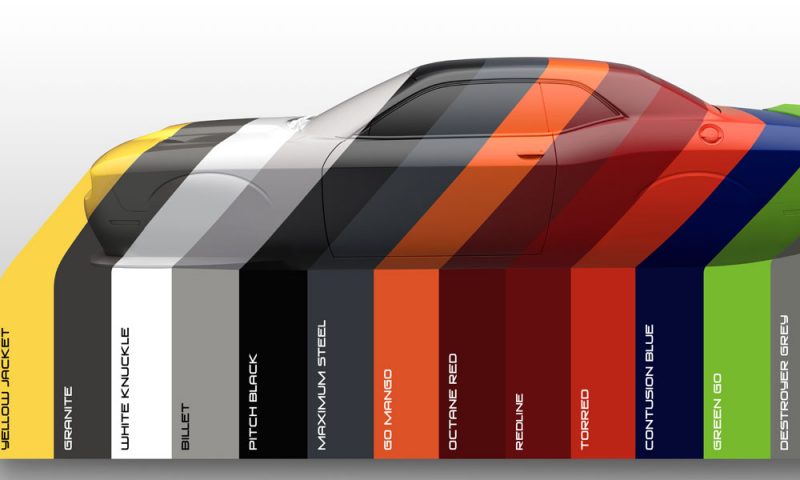 Dodge, the brand with attitude, added some attitude to the names of its paint colors.

Dodge marked the 25th anniversary of the legendary Viper sports car, and its final year of production with the 2017 model year, by introducing five special editions.

There’s no doubt that Vipers move fast. All available copies of the Viper special editions sold out within five ordering days of being announced. That response prompted Dodge to introduce a sixth limited edition, which also sold out quickly.

Most of the limited-edition packages Vipers paid homage to notable vehicles from Viper history. For example, the Viper VoooDoo II Edition ACR was inspired by the 2010 Viper VoooDoo edition; while the Viper GTS-R Commemorative Edition ACR paid tribute to the white and blue paint scheme of the 1998 Viper GTS-R GT2 Championship Edition.

Buyers of new Dodge/SRT vehicles get a one-day session at the Bondurant school near Phoenix at no extra charge. The Bondurant fleet is made up of the Dodge Chargers, Challengers and Vipers, including Hellcat versions of the Charger and Challenger.

This year marked the launch of a new marketing tagline for the Dodge brand: Domestic. Not Domesticated.

Three simple words that capture the passion, spirit and attitude of the brand.

“Performance is as much an attitude as it is a measurement,” said Tim Kuniskis, Head of Passenger Cars – Dodge, SRT, Chrysler and FIAT, FCA – North America. “We not only build performance cars, we challenge the mundane and champion the un-boring. ‘Domestic. Not Domesticated.’ is as much a state of mind as it is about the performance of our vehicles.”

The tagline is used with Dodge and SRT high-performance vehicles.

When driving in California, just be aware that the state Highway Patrol is putting nearly 600 Dodge Charger Police Pursuit sedans into its fleet.

These Charger police cars are replacing older vehicles in the CHP’s fleet.

Most are arriving with the 3.6-liter Pentastar V-6 under the hood, packing 292 horsepower and 260 lb-ft of torque. Many of them will have the built-in Uconnect 12.1-inch touchscreen in the instrument panel.

A few of the Charger Police Pursuit cars will carry the 5.7-liter HEMI V-8. These will be used at the agency’s training facility.

That’s just the start. Local agencies can add on to the CHP’s purchasing contract, so be aware of the growing number of Dodge Chargers you see on the road. 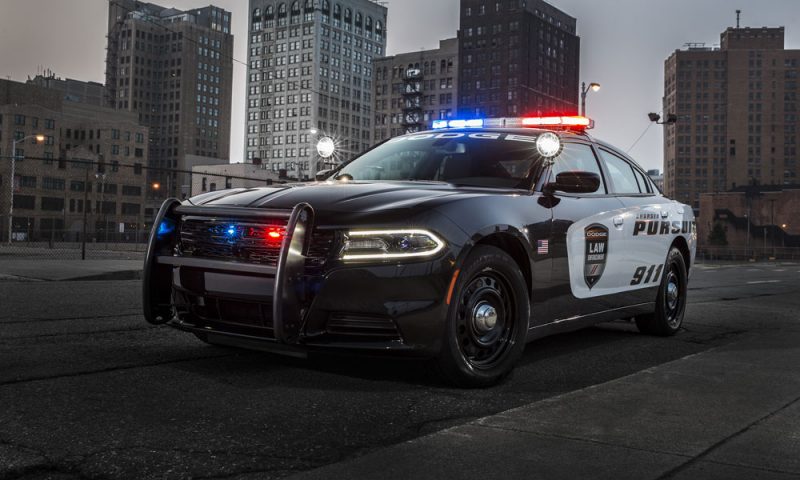 The vehicles were evaluated for front and side impacts and rollover resistance. Five stars is the highest single rating in NHTSA’s vehicle-evaluation program.

Since its launch in 2005 the Charger has been included in NHTSA’s annual ratings list 10 times, each time earning five starts. The Challenger has earned five-star overall ratings from NHTSA five times.

OK, take a moment to catch your breath. But not too long. Dodge is fueled up and ready to go for the new year.