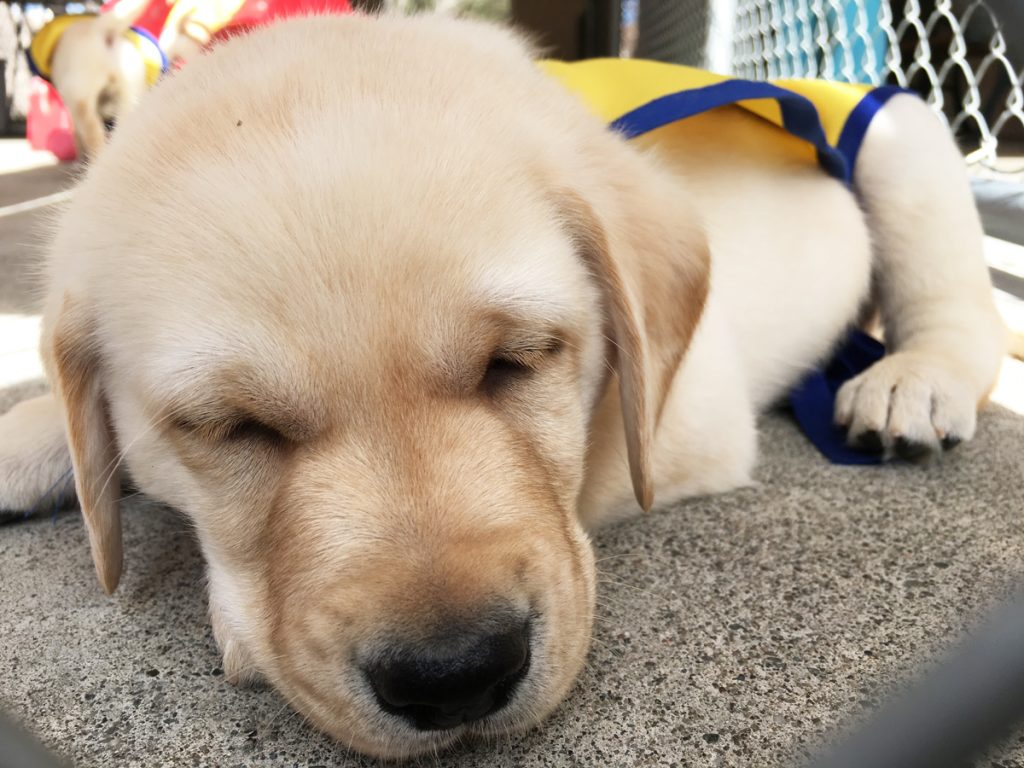 Earlier this year we were introduced to Foley, a Golden/Labrador Retriever cross, who began a 2-year long program to become a highly trained assistance dog for Canine Companions for Independence.

The introduction came during the launch of an online social initiative by Chrysler and Canine Companions for Independence to chronicle Foley’s growth and raise awareness for the organization’s “Give a Dog a Job” campaign.

When we first met Foley, he was a puppy, and soon became known as the first PacifiPuppy. He was a small ball of fur who was only 14-inches tall when sitting on his hind legs.

It’s been a few months and now that puppy has grown and has gained responsibilities, according to the Canine Companions’ blog chronicling his training. 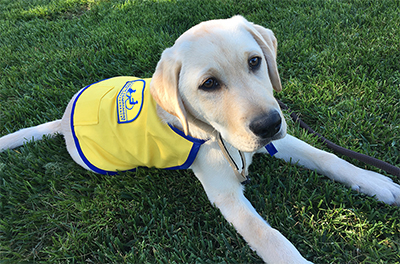 Foley started his journey to become an assistance dog by learning basic commands such as rolling, walking and sitting in addition to honing his socialization skills.

As he progressed, it was time for Foley to hop into a Chrysler Pacifica minivan and head over to a baseball diamond for a local Little League opening day. 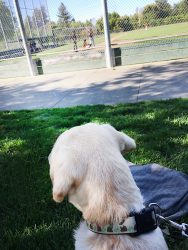 Foley at a baseball game.

Once he arrived at the ballfield, Foley practiced his commands with distractions in a new environment. He also demonstrated that he could greet people without jumping, licking or pulling on his leash, according to the blog.

Although he wasn’t called in to pinch run, Foley did experience new sights of children playing baseball and the sound of voices over a loudspeaker.

Foley worked on his socialization skills further at a farmer’s market where he learned that he shouldn’t be distracted by the crowds – who tried to pet him even though he was wearing a puppy vest – and to avoid the temptation of eating popcorn that fell on the ground. 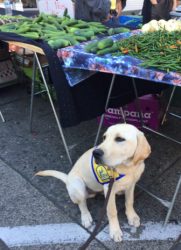 Foley at the Farmer’s Market.

He also has taken a day trip to the big city. Foley attended a work conference in San Francisco where he had new experiences such as hearing sirens and other sounds of the city, walking over different surfaces, riding in elevators and encounters with pigeons. 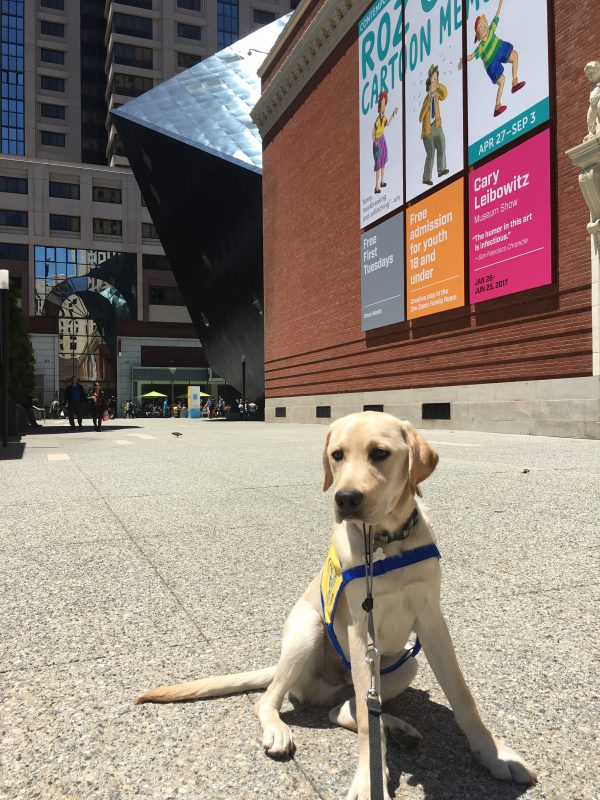 These are just some of Foley’s training exercises that are being chronicled in the blog, and on Chrysler’s Facebook, Instagram and Twitter feeds and with posts using the #RaisingFoley and #FoleyFriday hashtags.

These posts bring attention to the time and $50,000 it costs to raise, train, place and support a certified Canine Companion assistance dog.

There are currently hundreds of children, veterans and adults with physical disabilities who are on the waitlist to receive a trained assistance dog from Canine Companions. These dogs, which are provided to qualified people free of charge, undergo two years of training to be fully trained.

To learn more about the partnership between Chrysler and Canine Companions for Independence, and to donate, visit www.driveindependence.org. 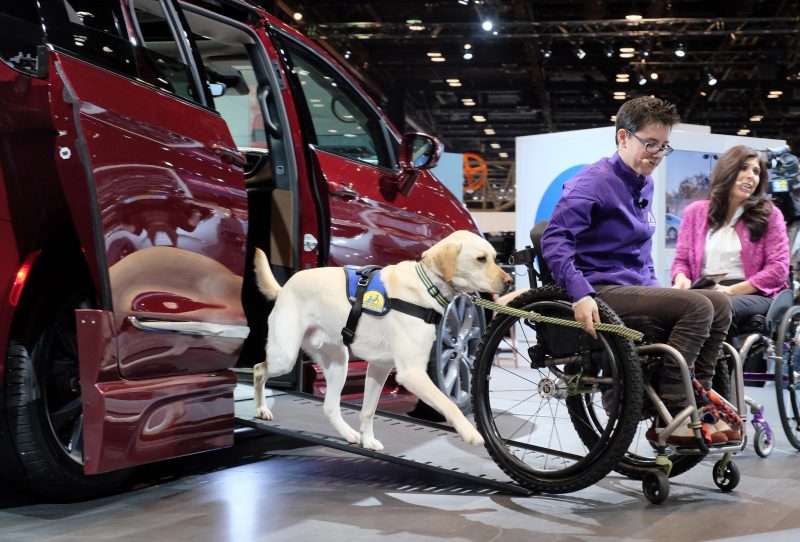 Mork, a companion dog for Wallis Brozman, demonstrates how he provides assistance getting a wheelchair in and out of the Chrysler Pacifica Braun Automobility minivan.