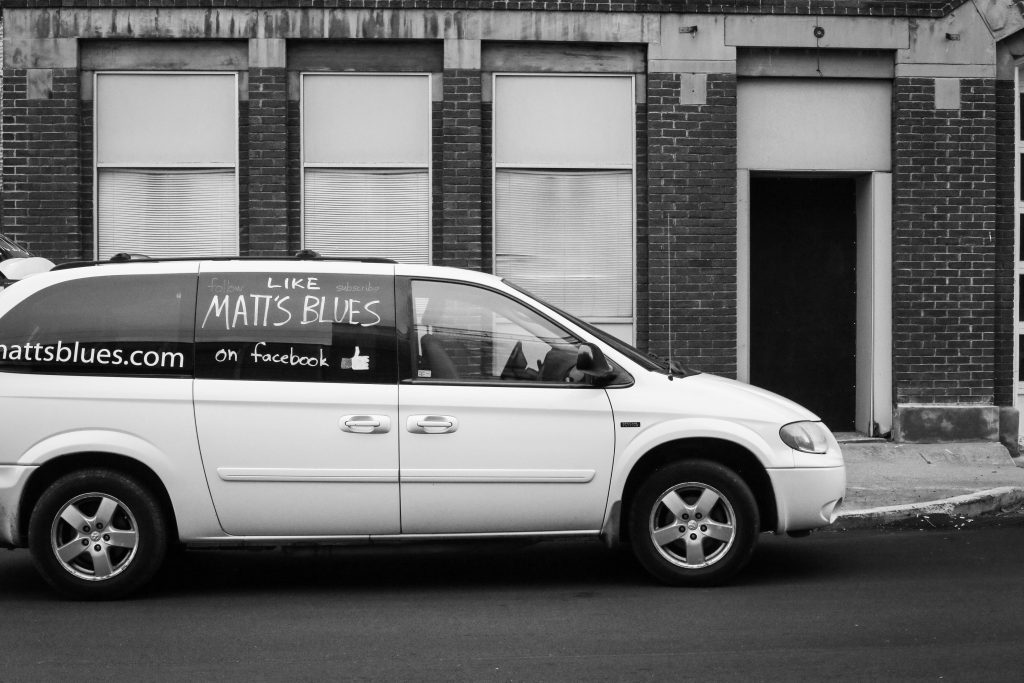 Editor’s Note: As we continue our periodic series profiling minivan owners, we meet musician Matt Jordan (aka Matt’s Blues) who uses his 2006 Dodge Grand Caravan SXT to transport his piano between gigs. He sometimes also uses it for performances.

Artists use a variety of forms of transportation to travel between gigs.

Some have a tour bus. Others travel by plane.

For Matt Jordan, who goes by the stage name Matt’s Blues, it’s a 2006 Grand Caravan SXT.

Matt Jordan, aka Matt’s Blues, uses his 2006 Dodge Grand Caravan to transport his piano between gigs.

The 26-year-old musician originally from Annapolis, Md., plays a variety of instruments including the organ, keyboards and the blues harp (harmonica). But his top instrument is the piano, which he has played since he was 16.

“The music I play is rooted deeply in the blues and New Orleans jazz. It can be called honky-tonk, boogie-woogie, jazz, rock and roll or whichever pigeonhole it might fit. But it’s all blues to me,” he wrote in an email.

To take his music to the masses he bought his friend’s Dodge Grand Caravan in 2015 and uses it as his “exclusive piano mover.”

His piano isn’t just any instrument with 88 keys. It is an old Hobart Cable piano that he got for free, fixed up and painted. He’s now branded it a ‘Matt’s Blues’ piano. 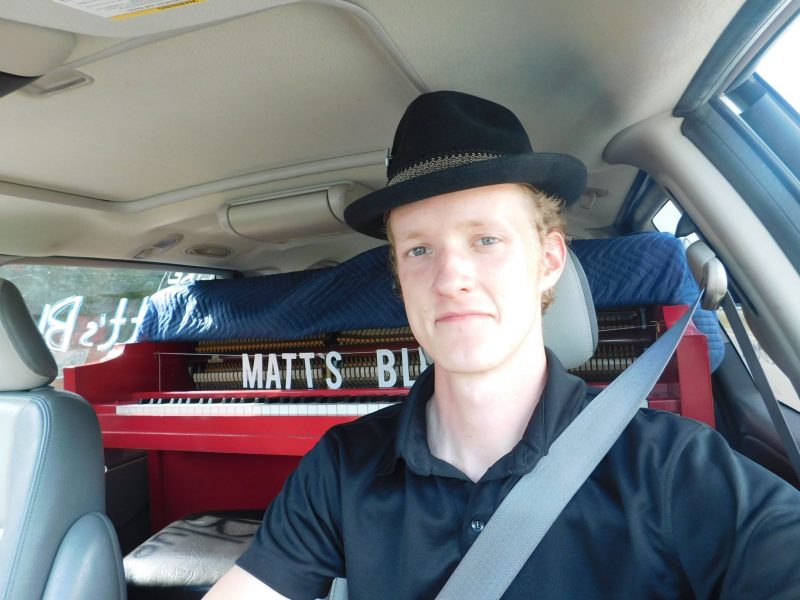 Matt Jordan, aka Matt’s Blues, transports his piano in his 2006 Dodge Grand Caravan.

The Grand Caravan is the perfect vehicle for the traveling performer since his piano fits right where the second-row seats are located.

The miles he’s logged are between gigs in traditional locations, and some unique pop-up locations. 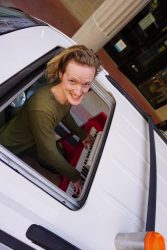 Matt Jordan, aka Matt’s Blues, performs out of his 2006 Dodge Grand Caravan. (Photo by Daniel Pomper)

“Thanks to the sunroof (I’m tall), I discovered that I can play the piano while it’s installed in the minivan and this is a really fun thing to do.,” he wrote. “Anywhere I can drive the van is now a place I can perform. I never made any money at Walmart, but I got some priceless looks!”

His minivan, nicknamed Moby Dick, has more than 226,000 miles on the odometer and will be driven until it becomes too costly to effectively maintain and repair it.

When and if the day comes he has to get a new ride, Jordan stated that it would be a toss-up between another minivan and a truck-and-trailer setup.

Jordan is on the road now and will be touring with Reverend Horton Heat this September. To see more of Matt’s Blues performances, including those in his Dodge Grand Caravan, visit his Facebook page.

Do you have a Minivan Memory? Whether it’s a cross-country road trip or a moment that mattered on your daily drive, you can submit your own “minivan memory” right here.