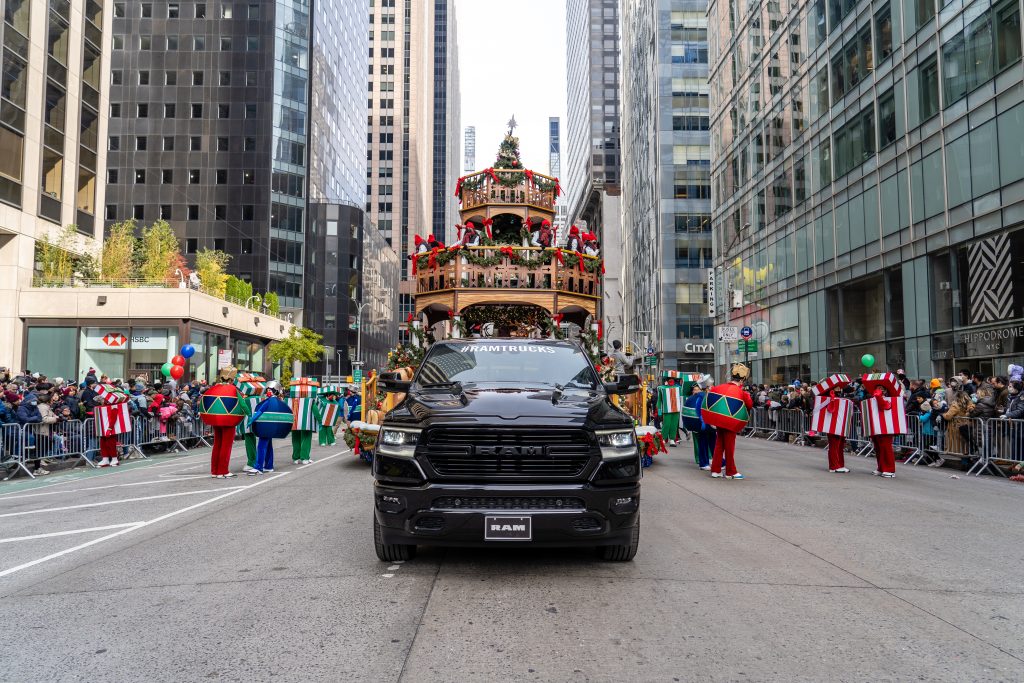 The smell of freshly baked apple pie, turkey roasting in the oven and the sounds of laughter awaken memories of holiday seasons passed, but none quite as strong as the sights and sounds of the annual Macy’s Thanksgiving Day Parade®.

Celebrating its 96th Parade and warming the hearts of many for nearly a century, and for the eighth consecutive year, the Ram Truck brand continues its one-of-a-kind tradition as the Official Truck of the 96th Macy’s Thanksgiving Day Parade.

In collaboration with Macy’s and the city of New York, Ram brand is helping keep the iconic holiday tradition running smoothly. More than 30 Ram trucks will take the reins and tow all participating floats, including Santa’s Sleigh. Ram will not only help transport the floats down the Parade route, but as a brand truly Built to Serve, Ram is providing additional Ram trucks and ProMaster commercial vans to help with the behind-the-scenes functions leading up to the start of the procession.