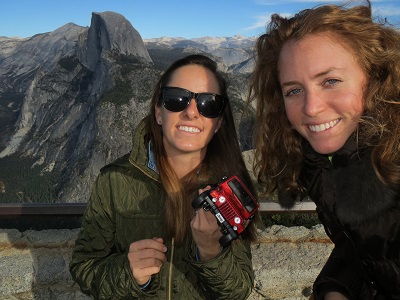 Nearing the culmination of 2013, the day has come for a road warrior to reflect on the past and look towards the future. This month marks the 50th anniversary of the passing of American Legend President John F. Kennedy. And this year has shown a pattern in nature’s desire to repeat itself and test us, as well as our compassion. After each journey over land, Ashley and I, as we hope of you, are left with an experience, and a memory to be shared.

With this in mind, there is but one place in the lower 48 where man can stand among the big trees, contemplate history and transform within an instant to a king. The Majestic Mountain Loop leads the way in three perfect days. As Jeepers, the journey, as well as the destination drove us towards some of the highest peaks, oldest trees, and a source of many of this nation’s firsts. It is easy to come to a fabled place such as this with expectations. Yet the idea of what we leave behind, and what we take with us, exceeded all preconceived notions. We were reminded to stride with little feet, and to leave only our footprints, and maybe a little tire tread.

We began in the Giant Forest of Sequoia National Park, neighboring Yosemite, where there are over 8,000 Sequoia trees. General Sherman, in the heart of the forest is the largest living organism on Earth. Documented as over 2,000 years old and weighing in at over 2 million pounds, it stands at over 200 feet tall.

Late afternoon on day one, we hiked to the top of Moro Rock, by 800 feet of stairs paved by the Civilian Conservation Corps in the 1930s. The view, among other sites, depicts the Great Western Divide at over 13,000 feet. Mt. Whitney, the highest summit in the lower 48 is visible here, rising to 14,500 feet. This peak marks the boundary of Inyo and Tulare counties and is just over 80 miles northwest of the lowest point in America, Badwater in Death Valley National Park which stands at just over 200 feet below sea level. Haze-covered and flickering lights far off in the expanse of San Joaquin Valley marked historic Bakersfield and nightlights of Fresno and Los Angeles, California. It is from such a vantage point that for the outdoorsmen, it is evident that all the world is delicately connected.

During our first eve we stayed at the Wuksachi Lodge in the heart of the Sequoia National Park. Constructed of stone and cedar, it stands at 7,200 feet in elevation. The darkness of the night sky devoid of stars was overwhelming, and frankly eerie. J. David Hauswirth, manager of the Wuksachi provided ghost stories, as only a true screenwriter could. He told tales of the Indian grounds on which the current lodge, constructed in 1999 stand. After a restful night, we were refreshed by a hearty breakfast in the great room. We were impressed that the night staff was pouring our much-needed coffee in the early morning hours.

As usual, “just in time” we were fighting the clock to hit our second destination on the Majestic Mountain Loop. A portion of General’s Highway (named for its connection of the General Grant, the Nation’s Christmas Tree and General Sherman Tree, the world’s tallest tree by mass) was set to close for the season at 12pm on the day of our journey. This restricted section consists of numerous switchbacks, is notoriously steep, and provides unsurpassed views of the canyon floor leading from Sequoia National Park to King’s Canyon National Park, the sister National Park. We did our best to traverse carefully and admire the view with such little time.

After pulling off into a picturesque orange grove to check our emails, we continued down the short highway to Tenaya Lodge just two miles beyond the southern entrance to Yosemite National Park. Named for legendary Chief Tenaya of the native Ahwahneechee peoples, who were allured by the talk of deep grassy valleys. It is rumored that Chief Tenaya was so inspired by iconic Half Dome as well as the rest of the beautiful landscape that he once ran into a grizzly bear accidentally! It is no surprise that a beautiful lodge meant to inspire rest and relaxation would be located at the gateway to Yosemite National Park.

We were gladly greeted in our room by a sliding door to the fresh air by balcony. We also enjoyed our Yosemite trail packs, filled with treats like “bear poop” aka a decadent chocolate caramel peanut cluster mix. After a relaxing message at the Ascent spa, we dined at the Sierra Restaurant. Fireside, we unleashed our Jeeps in hopes that Mash Potato Mountains to conquer which were anxiously awaited by our salacious appetites. The patio is open year round, and a great opportunity to view the Persied meteor shower in August. The cuisine is rustic, with a combination of fresh and local ingredients inspired by Chef Didier Gerdi. Complementary crayons are also available, a plus for the creative in such an inspiring landscape.

Before departing for Yosemite on our third and final day of the “mountain loop,” we were lucky enough to explore the forest floor with fellow Jeeper Janelle Moisa. She pointed out which plants, and ants, were edible and the changing direction of the forest due to the re-introduction of loggers to the area. The general consensus was that white pine needles taste like oranges and high in vitamin C and carpenter ants are unappetizing (Janelle has heard they taste like raspberries). We rounded out our morning with a quick but entertaining archery lesson and a tour of the newly acquired cozy cabins, which are located just off-site which Kathrin Poetter showed us.

During this three-day journey, we learned to be grateful for the wonderful places a Jeep can take you and the people we share these moments and memories with. Also, as Yosemite burned and will rise from the ashes anew like the wings of the Phoenix, we experience the cycle of life as best seen through nature.

Coming into 2014, we welcome back the Cherokee and like our journey, we nod to the ‘70’s to appreciate the miles many have driven before us, many of which in the same way. Below is the text from a Jeep Cherokee advertisement from long before Ashley and I were born. Our Jeep Cherokee is up for acceptance into the High-Mileage Club. We have many more miles to go before we sleep, and we hope you do too!

Hear to a tradition of quality and rough road dependability, Cherokee takes up where Jeep CJ-5 leaves off. Youthful and sporty, with the extra room that lets you pack along what you used to leave behind.

Cherokee really stands out where the pavement ends because the famous Jeep 4-wheel drive was specifically designed into Cherokee-most of the competition are merely converted two-wheelers. With greater ground clearance and a higher load capacity than any other sports utility vehicle in its weight class, new Cherokee makes a big difference in the boondocks.

New Jeep Cherokee is the get-away machine your family has been waiting for.

2014 marks the (re) birth of the Jeep Cherokee (KL). In many ways the 2014 Cherokee is like nothing else in the marketplace. It is the first of the Chrysler/Fiat vehicle models designed on the Compact U.S. Wide (CUSW) platform.

We can rush the future, but we are nothing without our past. Until next time!

“HAVE FUN OUT THERE!”