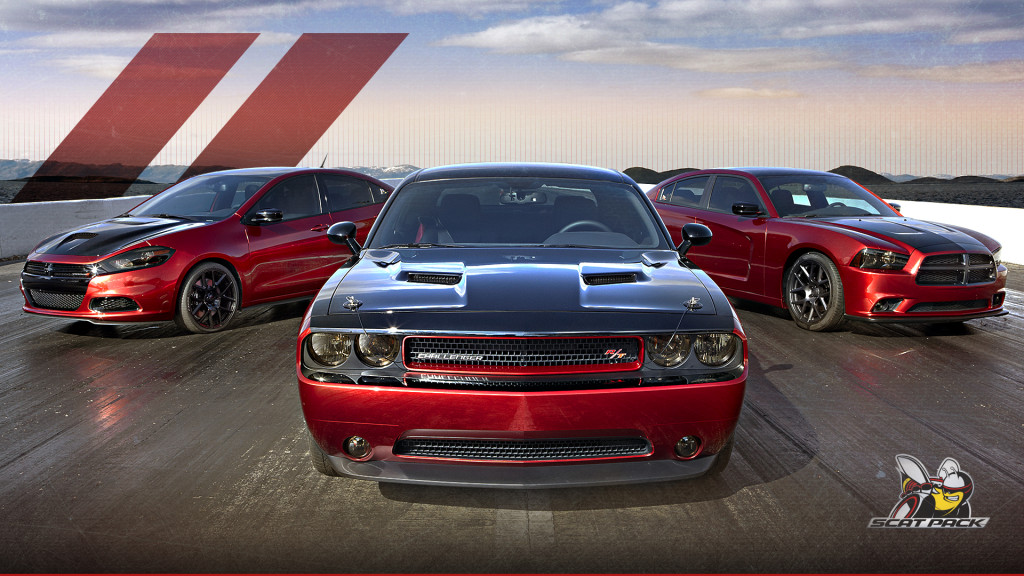 The return of the Dodge Scat Pack club, announced at the SEMA show in Las Vegas, put a charge in fans of more horsepower and thundering exhaust.

Now you can crank up the attitude of your computer desktop or mobile device with free Dodge Scat Pack wallpapers. Download the wallpapers at the Redline Dodge blog.

There are three desktop images to choose from, including the one above, offered in four sizes to cover the spread from regular to super-sized computer monitors.

The Scat Pack is a three-stage package of performance upgrades for the Dodge Challenger, Charger and Dart. The upgrades range from cold air induction kits and free-flowing exhaust systems for better engine breathing, to camshaft and cylinder head changes for the Charger and Challenger. Each stage kit also includes a recalibrated engine control computer to maximize the power gain.

Get a full rundown on the Scat Pack components in this blog post. Scat Packs will be available in 2014.

But power up your computer desktop with the Scat Pack wallpaper now. It’s free. Let your co-workers know that you’re a real car guy or gal.