Powertrains
Don’t bet against FCA US in meeting GHG regulations 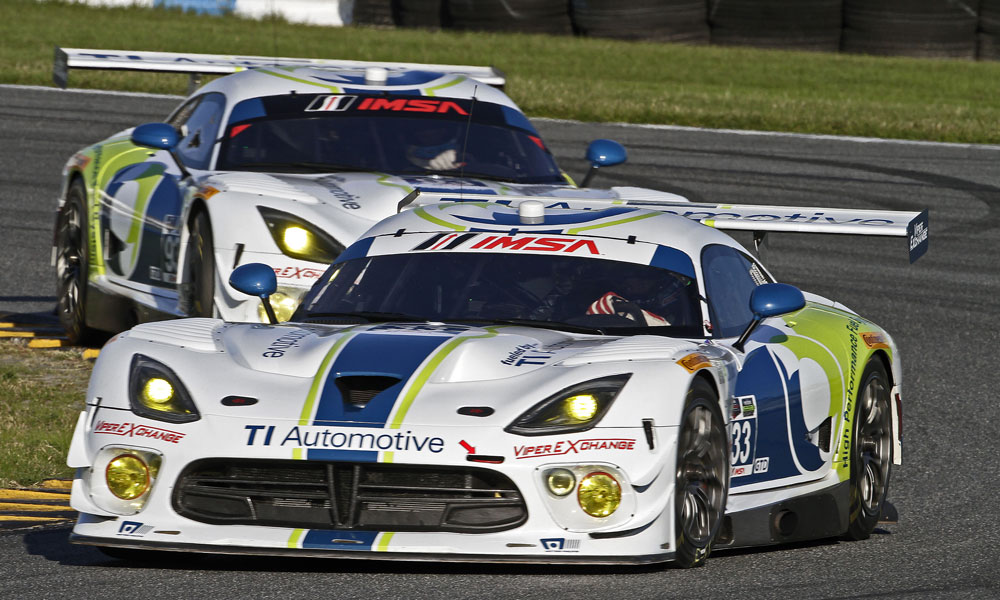 Two Dodge Vipers will compete in the GT Daytona class this weekend during the Rolex 24 Hours at Daytona.

UPDATE: The No. 93 Dodge Viper took the win the GT Daytona class at the Rolex 24 Hours of Daytona. In 24 hours the car completed 704 laps of the 3.5-mile circuit and finished 13th overall out of 53 cars that started the race. The No. 33 Viper finished in 9th position in the GT Daytona class and 23rd overall. Congratulations to the No. 93 driving team of Ben Keating, Dominik Farnbacher, Kuno Witter, Cameron Lawrence and Al Carter.

The Dodge Viper loves the race track as much as the street. So it’s no surprise that a pair of V-10-powered Vipers will be among the 53 cars lined up this Saturday for the start of one of the world’s great endurance races, the Rolex 24 at Daytona. If you’re a fan of the Viper, you’ll want to watch.

The Vipers, wearing numbers 33 and 93, are being fielded by private owner and Viper retailer Ben Keating. His team will compete in the GT Daytona class with Viper GT3-R cars prepared by Riley Motorsports. The cars’ white, blue and green paint scheme reflects the primary sponsorship by automotive supplier TI Automotive.

Yes, some of those names are familiar to Viper racing fans. Wittmer, Goossens and Farnbacher were teammates last year as the Viper competed in the series’ GT Le Mans class. Goossens started last year’s Rolex 24 race on the GTLM pole, while Keating and Jeroen Bleekemolen raced in the GT Daytona class.

So the Viper racing experience on this team runs deep. It comes in handy when battling competitors driving Ferrari, Porsche, Audi, BMW and Aston Martin cars in the class, as well as entries in the Prototype and Le Mans classes.

Earlier this week, Wittmer visited the FCA US LLC Technical Center to meet employees and sign autographs. It gave us a chance to ask him the difference between a GTLM Viper and the car set up for GT Daytona competition.

“The car we’re in this weekend has a little more horsepower due to less air restriction on the engine. But there are less electronics in the car, no traction control or stability control,” Wittmer said. “It’s a different animal.”

As Viper fans, we love seeing the car go wheel-to-wheel with competitors on the track. So we’ll be tuned into the action at Daytona this weekend.

The Rolex 24 starts at 2:10 p.m. Eastern on Saturday. Want to keep up with the race? Here is the TV and Internet broadcast schedule, along with a meaty list of Twitter feeds you’ll want to follow: