Powertrains
Don’t bet against FCA US in meeting GHG regulations

Motorsports
Dodge Vipers on the prowl at Daytona this weekend

At the outset, change is not easy.

“But, when we looked back, we wonder why didn’t we do this years ago.”

Head of FCA Transport Marty DiFiore said those words during Friday’s announcement that FCA US has converted its Detroit-based 179 truck fleet from diesel to run on compressed natural gas.

That change was two years in the planning and needed a $40 million investment in the Detroit operations, including the installation of the largest private CNG fueling station in North America. With 179 trucks, our Detroit fleet puts in about 16 million miles annually to deliver parts to assembly plants from suppliers in Indiana, Michigan, Ohio and Ontario.

The business and environmental benefits of the CNG change include: 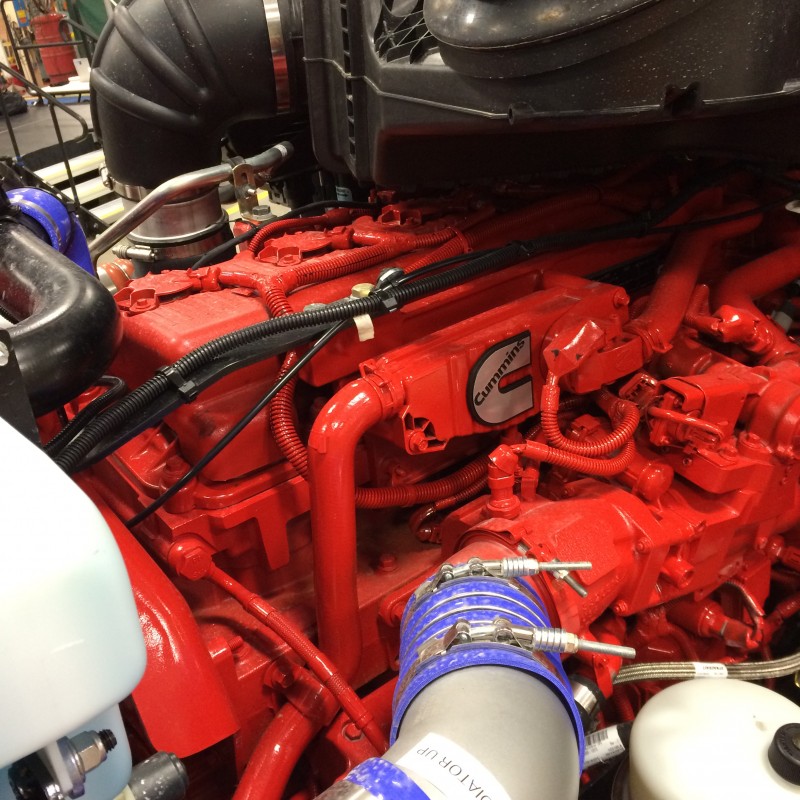 FCA Transport’s CNG-powered trucks are powered by a 12-liter Cummins engine, that is 80% similar to the diesel-powered engines we used before.

There was a lot of skepticism among the drivers at first, said Robert Ward, a 16-year driver with FCA Transport who was involved in training. That skepticism came because of the change from a standard manual to an Allison automatic transmission, change in how they fuel their trucks and other changes that impacted nearly the entire facility.

But, that skepticism quickly changed once they got to drive the trucks, Ward said.

One notable improvement for the drivers is less fatigue in using an automatic versus a manual transmission. Despite that change, the trucks are still comparable in their hauling capabilities and lower in maintenance, noted Tom Daniels, an FCA Transport mechanic.

One thing that didn’t change is the use of Cummins engines. Daniels said the engines are 80% the same as before. The main changes are for the ignition (to handle the spark ignition) and exhaust.

Each FCA Transport Class A truck is fueled by four carbon fiber tanks that contain 3,600 lbs of CNG, and give the trucks a 640-mile range.

FCA Transport’s Detroit facility was built in 1965, and includes a 36,000-square-foot maintenance operation. The facility employs about 500 people, including 400 drivers.

For a closer look at the new FCA Transport Detroit fleet and CNG operations, see the video above. Click to watch FCA Transport CNG fleet announcement from Friday.