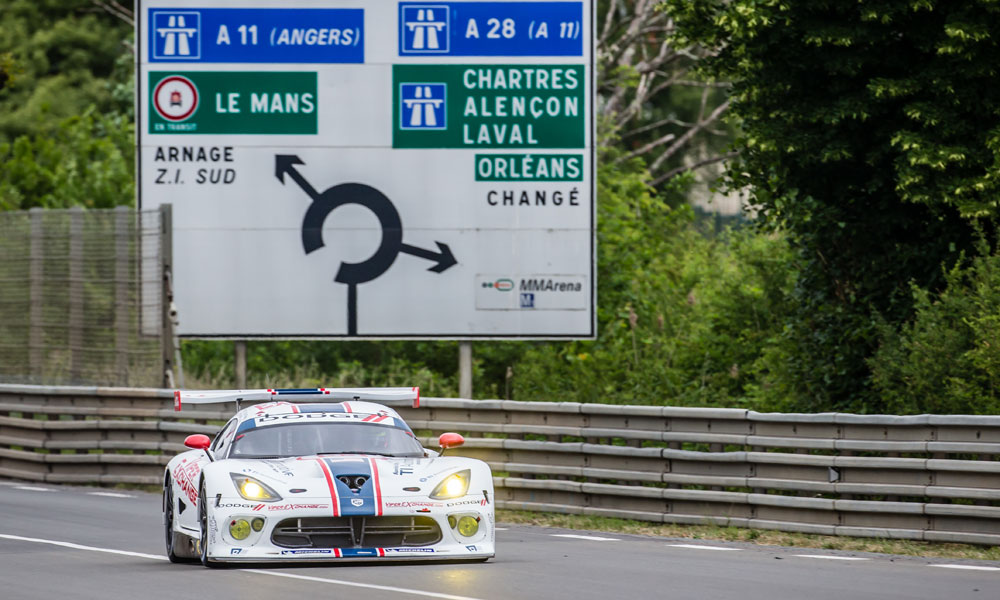 For more than eight decades, the 24 Hours of Le Mans has been the ultimate test of endurance and grit — for man and machine.

The Dodge Viper is no stranger to this test. It collected class wins at the race for three consecutive years, 1998-2000.

Viper fans have a car to cheer for this year — a Dodge Viper GTS-R is among the 56 cars that will start the race Saturday. It’s a private effort, fielded by Texas auto dealer Ben Keating, working with experienced racing team Riley Motorsports and sponsorship from Keating’s ViperExchange.com and auto supplier TI Automotive. The Viper competes in the LM GTE Am class.

The Le Mans Viper, which wears No. 53, looks similar to the No. 33 Dodge Viper GT3-R that Keating and Riley field in the IMSA United SportsCar Championship in the United States. But under that familiar silhouette, the Le Mans Viper has greater capabilities – it’s similar to the Vipers that campaigned in the American Le Mans Series and IMSA United SportsCar Championship in 2012-2014 and ran the 24 Hours of Le Mans in 2013.

This means Keating and his co-drivers, Le Mans veteran Jeroen Bleekemolen (a Le Mans class winner in 2008 and Keating’s co-driver in the IMSA series) and Continental Tire SportsCar Challenge driver Marc Miller, have to adapt to a different car. The Viper GTS-R has more grip and technologies, such as traction control, than the Viper GT3-R.

Adding to the challenge: Practice time has been limited. It rained during most of a test day on May 31, limiting the drivers’ aggressiveness. Teams get just six hours of track practice on Wednesday, four hours on Thursday and 45 minutes of warmup before the race starts.

“This Viper is really, really different from the GTD car in the IMSA series,” said Keating, 43, after the test day. “I had expected the two to be close. But in Le Mans trim the Viper has less downforce, it’s really trimmed out. At the same time, the Michelin tires have a ton of grip. More than we’re used to.

“This car, with traction control, is quite sophisticated. The technology helps a ton but you have to get used to it. You have to trust the computer and that’s counter-intuitive to the way I drive a race car,” Keating said.

The Circuit de la Sarthe track is nearly 8.5 miles long – one of the longest tracks in the world. It has 38 turns and the legendary Mulsanne Straight, a 3.7-mile stretch of road that now includes a pair of chicanes to limit maximum speed for safety reasons.

The track’s length means a race car completes 12-14 laps an hour during green flag racing. “That’s not many chances to learn the little nuances of the track,” Keating said.

You’d expect the V-10-powered Dodge Viper to shine on the track’s long straights. But Keating points out that restrictors on the engine’s air intake, mandated in the name of balanced competition (the racing Viper has less horsepower than the street-legal version), make the track’s turns important to the team’s strategy.

“Cornering and braking will be our star points,” Keating said.

The No. 53 Dodge Viper GTS-R is one of 14 cars competing in the LM GTE Am class, battling Ferrari 458 Italias, Porsche 911 RSRs, Aston Martin Vantage GTEs and a Chevrolet Corvette C7.R.

The Dodge Viper has not been overshadowed by its competitors among the fans in France for the race.

“There is an amazing level of excitement by European race fans about the Viper,” Keating said. “The crowds at the scrutineering were unbelievable. I don’t feel like a rock star but the fans sure act like I’m one.”

As a first-year effort, the odds facing the Keating/Riley team at Le Mans are tall. But Keating and Riley did win the GTD class in the Viper GT3-R at the 24 Hours of Daytona in January with a driver roster that included pros Kuno Wittmer and Dominik Farnbacher and reigning Trans-Am champion Cameron Lawrence.

“This is the biggest adventure of my short racing career. We have a legitimate shot to win our class,” Keating said. “The name of the game is to stay consistent and not make any mistakes. In an event this long, it’s rarely a close race at the end.”

Dodge Viper fans can follow the Keating/Riley Motorsports team’s progress at the 24 Hours of Le Mans in several ways:

— On TV: The race will be broadcast live on Fox Sports 1 and Fox Sports 2.

— On Twitter: You can follow the drivers, team and sponsors for updates. Also, search for these hashtags: #LeMans, #LM24 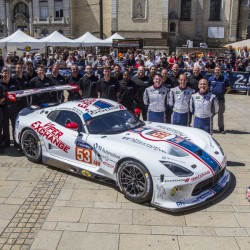 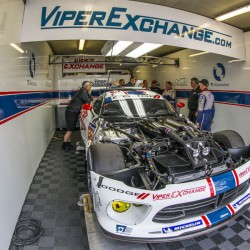 The Dodge Viper GTS-R in the garage at the Circuit de la Sarthe. 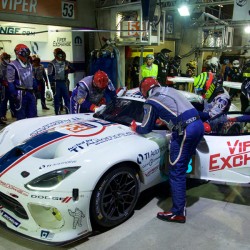 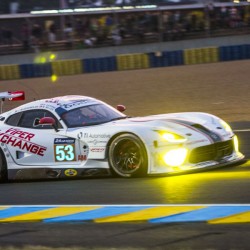 Practice sessions for 24 Hours of Le Mans include night hours. 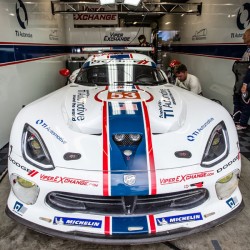 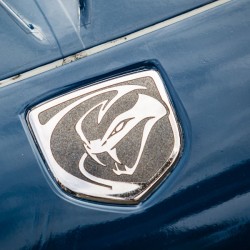 The Stryker logo on the nose of the Dodge Viper GTS-R. 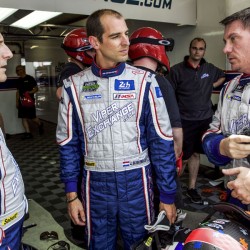