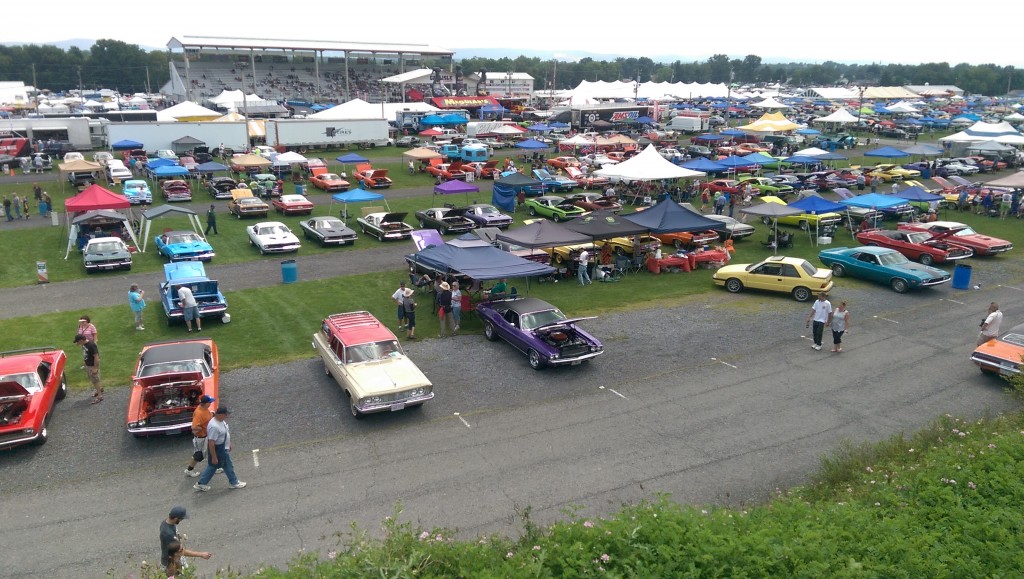 Many people like to make resolutions for the New Year. Instead, why not make some plans?

A major part of the thrill of being a Mopar fan is meeting others and admiring the cars – old and new – that fuel our passion.

A great way to get started is to find a Mopar club near you, where you’re guaranteed to meet men and women who love Darts and Dusters, Chargers and Challengers, Road Runners and Hellcats as much as you do. The Mopar website has a great tool that helps you find clubs by entering a ZIP code or city and state. It’s great for finding clubs near your home, or in an area you’re spending some time. Clubs are great sources of info on upcoming gatherings and shows.

To help get the planning started, here are details on some interesting events:

Go on, be brave, come to Detroit in January for the North American International Auto Show. It is one of the top international auto shows each year, noted for world debuts of new products. While it’s possible to watch unveilings on the Internet, nothing beats the experience of seeing new cars and trucks for yourself.

Mopar is a long-time supporter of National Hot Rod Association (NHRA) racing. This past year, Don Schumacher Racing (DSR) drivers made a habit of visiting the winner’s circle as the all-new Mopar Dodge Charger R/T Funny Car won 15 of the 24 national events on the NHRA schedule and appeared in 23 of the 24 championship rounds. Mopar and DSR look to continue that success in 2016.

The first chance to see the new Mopar pilots will be the season-opening NHRA race in Pomona, Calif., on Feb. 11-14. Another high point on the schedule is the Mopar Mile High Nationals at Bandimere Speedway near Denver, Colo., on July 22-24.

Here’s an insider tip: Mark the Gatornationals in Gainesville, Fla., on March 17-20 on your calendar. Mopar in 2015 launched a new generation of the Dodge Challenger Drag Pak in naturally aspirated and supercharged versions. With production underway and the winter offseason, the Gainesville race is likely the first where several of these new factory-built race cars will show up – and show what they can do.

When temperatures warm, car fans love to gather. In addition to the Mopar Club Finder, an easy way to meet new friends and admire cars is to seek out a nearby informal gathering. Plug the term “cars and coffee” and your location into an Internet search engine to find details on a gathering near you.

Also, here are some bigger events you may want to consider attending:

Arizona Spring Auctions: The Phoenix area is the place to be in late January to spend days looking at a wide spectrum of classic, resto-mod and new cars – and possibly buy one. Several notable auto auction firms stage car sales during the same week. For 2016 that week is Jan. 23-31. Check these auction firms for details: Barrett-Jackson, Bonhams, RM Sothebys, Russo and Steele.

Spring Festival of LXs: A perennial favorite with fans of the LX family of large rear-drive sedans and wagons. The SoCal LX club sponsors SpringFest, as it’s known to attendees, for the 11th year in 2016. The date has been set for March 12. Other details will follow, but LX owners from around the country are welcome – and make the trek – as long as they register in advance of the event. If the Chrysler 300 and Dodge Charger, Challenger and Magnum rev your engine, this event is not to be missed.

Moparpalooza: Mopar fans living closer to the East Coast may find it easier to make this event at Dominion Raceway in Virginia rather than SpringFest – or go all out and do both! Moparpalooza founder Paul Immo traces his Mopar love to his grandfather working on a Dodge assembly line in Detroit.

Carlisle Chrysler Nationals: If you want to see the whole Fiat Chrysler Automobiles universe in one place, this is it! The Carlisle Fairgrounds in southern Pennsylvania has enough room to contain thousands of cars and a massive swap meet and dozens of vendors and an autocross track. Plenty of participants drive their classic cars to and from the event. If you go, you’ll be impressed.

Woodward Dream Cruise: As summer begins to wind down, cruisers flock to the Motor City to pay homage to Woodward Avenue. Think muscle cars from the ‘60s and ‘70s rolling down Woodward, flanked on both sides by spectators who arrive early and stay late. The Woodward Dream Cruise is a rolling car show.

This is just a small sample of fun that Mopar fans can have year-round. So, tell us your favorite thing to do, and don’t wait until the last minute to make your plans.