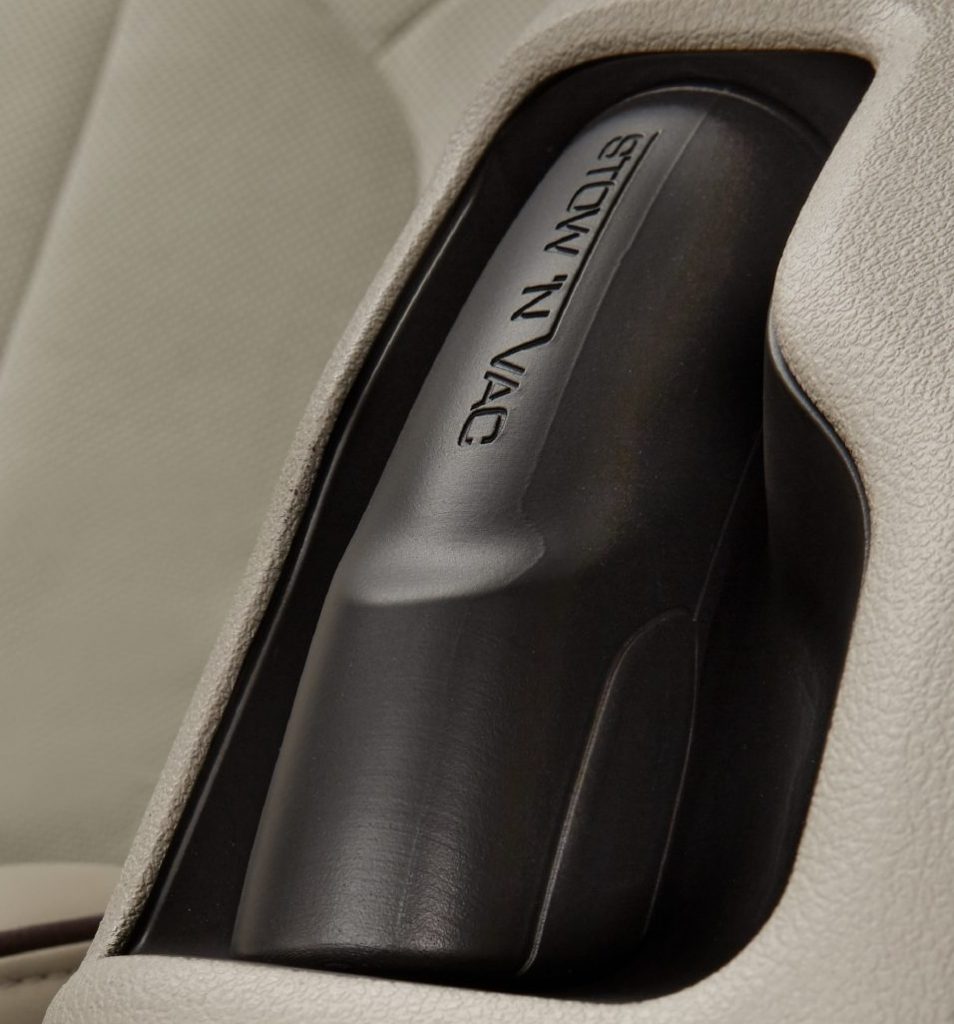 Food, dirt, pet hair – you name it, it will likely find its way into the all-new 2017 Chrysler Pacifica minivan. 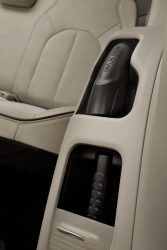 Before implementing the Stow ‘n Vac (powered by RIDGID) in the Pacifica, engineers gathered minivan and SUV owners from various demographics to pinpoint the “dirtiest” spot in their vehicles.

Gagan Mann, senior manager of electromechanical engineering, and her team gathered 30 owners of FCA US minivans, competitive minivans and SUVs.

“It shouldn’t be a process to clean,” Mann said. “You don’t have to go in the trunk to access the Stow ‘n Vac. It’s so easy, it’s like opening and closing the doors – you don’t think about it. Pull it out, quickly clean up and done.”

To test the power of the Stow ‘n Vac, Mann and her team gathered dog hair, sand and cereal to create a mobile “bowl of junk.” Beyond her team’s own experiments of spreading the “junk” throughout the Pacifica’s cabin, Mann had FCA US executives clean up the mess using the Stow ‘n Vac to help gain feedback on the product’s performance and ease of use.

Once the vacuum’s performance was perfected, Mann’s team switched focus toward customer interaction with the vacuum.

“The vacuum’s development process was to develop an understanding of the customer’s expectation from household vacuums and bring that to the Pacifica,” Mann said. “The vacuuming experience at home shouldn’t be different than a vacuuming experience in a car. We considered everything from how the nozzle feels in your hand to how the debris bin is cleaned.”

However, unlike a household vacuum, the Pacifica’s Stow ‘n Vac will be used in varying temperature conditions. To withstand very hot or cold conditions, Mann and her team worked closely with RIDGID to make the Stow ‘n Vac more robust, to ensure consistent performance across many temperatures. 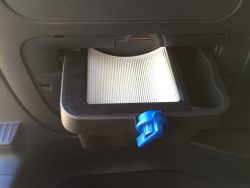 At nearly one gallon, the Stow ‘n Vac bag-less filtering system delivers class-leading bin capacity – which means there is plenty of space to collect all that dirt, sand, and lost fruit snacks. Located behind the third row seat, the bin and its filter can also be conveniently washed in a household dishwasher.

With 11.4 feet of hose, the Stow ‘n Vac can reach every corner of the Pacifica – and an extension hose doubles the vacuum’s reach so it can be used to clean another car in the garage or driveway. To make it even more useful, the Stow ‘n Vac comes with a variety of attachments.

“We wanted to take the Pacifica from being a minivan to a lifestyle vehicle,” Mann said. “This is your living room on wheels and you want to keep it clean. The Stow ‘n Vac just provides you with a convenient way to do so.”