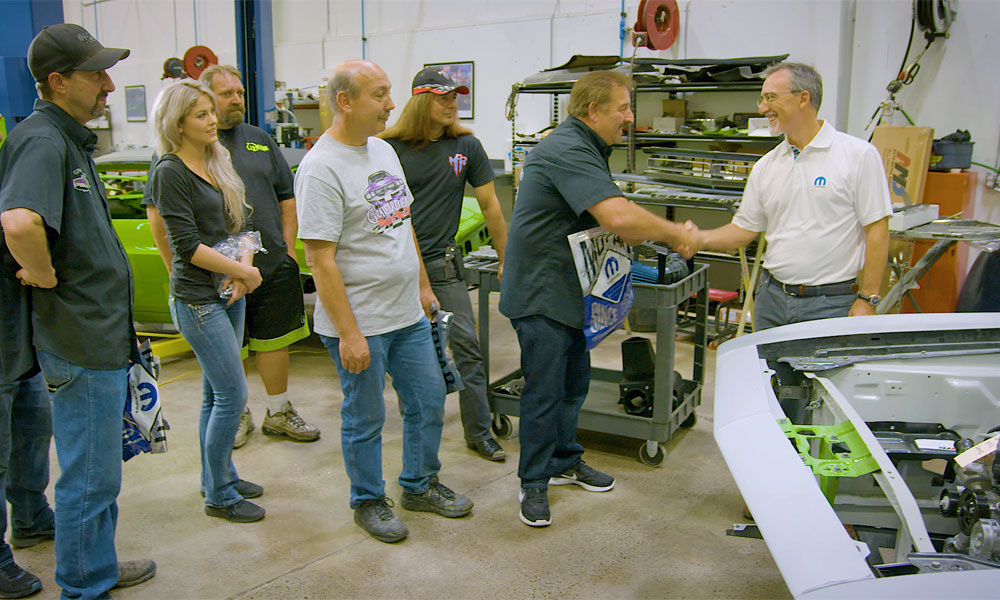 Pietro Gorlier, right, Head of Parts and Service (Mopar) -- FCA Global, shakes hands with Mark Worman of the "Graveyard Carz" TV show while meeting the restoration shop's employees and inspecting a 1971 'Cuda that was fitted with a Mopar Crate HEMI Engine Kit for the 2016 SEMA show.

Automotive enthusiasts are watching that question unfold on “Graveyard Carz,” the Mopar-focused restoration TV show that runs on the Velocity network.

In an episode that first aired on May 16, shop owner and Mopar savant Mark Worman set his crew (the Ghouls) to work restoring a 1971 Plymouth ‘Cuda for a big project he code-named Project Firepower. That code name was a hint of what was to come.

This week’s episode, which first airs at 10 p.m. Eastern on Velocity, brings Pietro Gorlier, Head of Parts and Service (Mopar) — FCA Global, to Worman’s shop in Oregon for a peek at the build and how the brand’s modern 392 Crate HEMI® Engine Kit helped make a challenging project a bit easier.

Mopar introduced the Crate HEMI Engine Kits at the 2016 SEMA show in Las Vegas, with Worman receiving a kit in advance to put the 485-horsepower 392 HEMI V-8 into his ‘71 ‘Cuda project, which was also bound for the SEMA show. The Crate HEMI Engine Kit made installing the modern powerplant into the classic muscle car a simple “plug and play” operation. 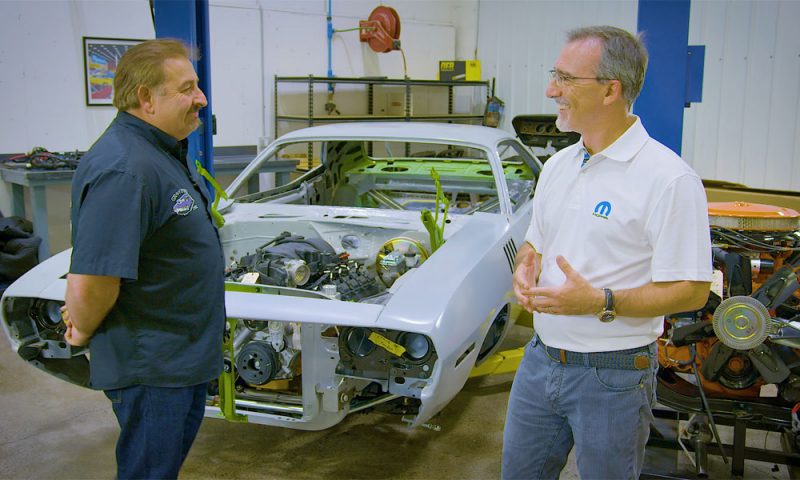 Of course, installing modern Mopar power is just one step in getting the ’71 ‘Cuda to Las Vegas in time for the SEMA show.

“Graveyard Carz” airs on the Velocity network. Catch the newest episode on Tuesday at 10 p.m. Eastern, with replays throughout the week. You can also watch full episodes on demand at www.velocity.com, signing in with your cable or satellite TV provider.

As Gorlier and Worman love to say: Mopar Or No Car!