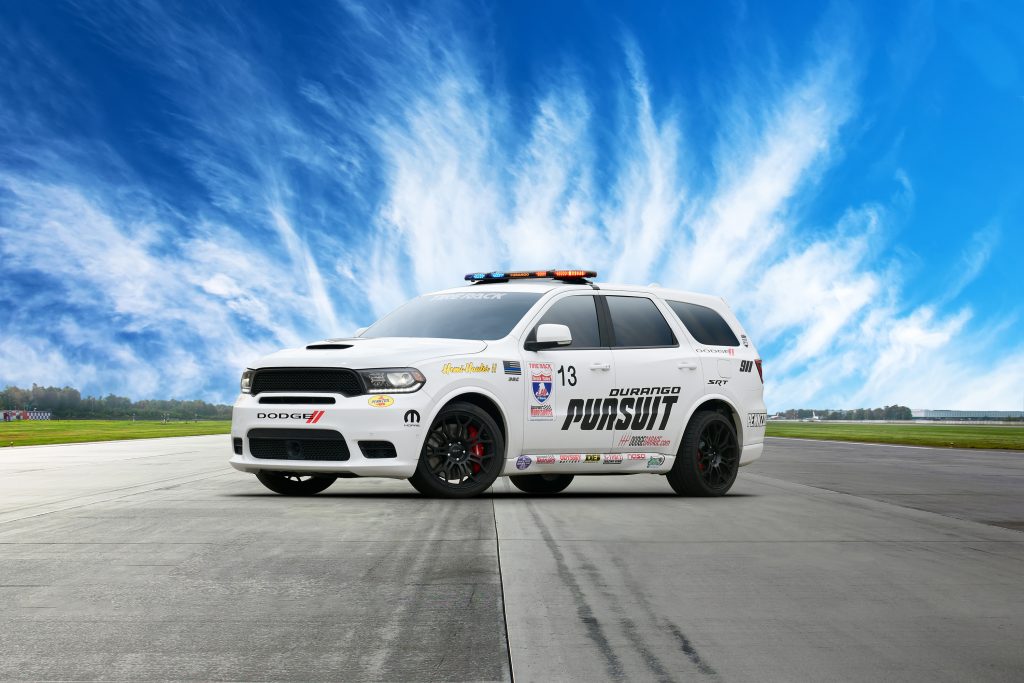 This year’s 2019 Tire Rack One Lap of America Presented by Grassroots Motorsports Magazine kicks off May 4 in South Bend, Ind., and Dodge//SRT is defending the Dodge Durango SRT’s 2018 One Lap truck/SUV class title, upping its game with a new Durango SRT Pursuit concept called “Speed Trap.”

One year ago, a Dodge//SRT -backed driving duo proved to One Lap of America competitors that the combination of power, all-wheel drive and room to stretch out in the Dodge Durango SRT is a winning formula for the weeklong endurance event.

People were watching. So now, SRT vehicle performance dynamics engineer David Carr and dodgegarage.com contributor David Hakim are back to defend their class championship in the 2019 One Lap of America, which kicks off this weekend. There are a handful of other teams that want the class title.

Carr and Hakim are embracing the “Pursuit” of their crown. The roomy, specially prepared Durango SRT returns as their ride, boosted with some of the most coveted parts in the SRT and Mopar parts rooms.

Inside, the second- and third-row seats are removed for weight savings, while a four-point roll bar and five-point safety harness help protect the driver during the competition events. The Durango SRT’s heated and cooled front seats will coddle Carr and Hakim between events.

It’s a setup ideally suited for the One Lap’s combination of road course, wet and dry skid pads and drag strip competition challenges, along with the hundreds of miles of transit between each competition site.

The One Lap Dodge Durango SRT Pursuit concept and its driving team won’t sneak up on the field, or innocent bystanders – the vehicle is wrapped in Dodge Pursuit Law Enforcement livery and sports a Whelen light and siren package. It shouldn’t be a surprise that Dodge//SRT nicknamed the Durango concept “Speed Trap.”

Is it enough to fend off the “bad guys?” We’ll know after seven days, more than 4,000 miles (on one set of tires) and eight tracks spread across seven states.
Keep an eye out for “Speed Trap” at dodgegarage.com.