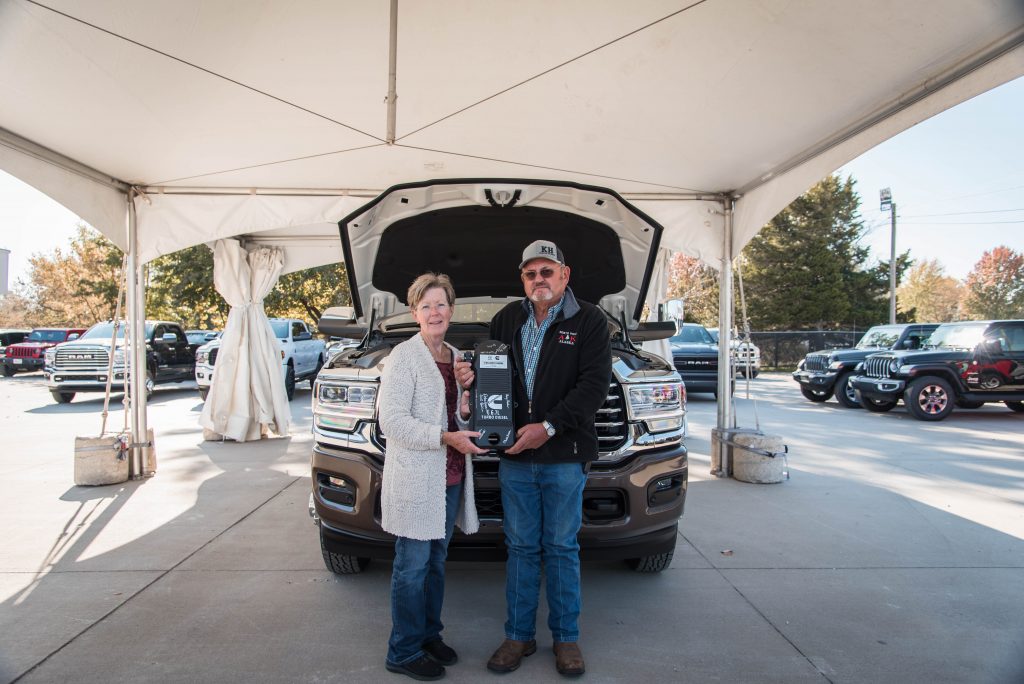 Arkansas farmer David Dodd recently arrived at Superior Dodge Chrysler Jeep Ram in Siloam Spring, Arkansas, to pick up his 2019 Ram 3500 Longhorn Crew Cab and was surprised to find himself at the center of a very historic moment. Turns out his new Ram 3500 is powered by the 3 millionth Cummins diesel-powered engine.

The Dodd family and Cummins Ram go way back. Dodd has worked his Springdale, Arkansas, farm behind the wheel of four previous Ram trucks and his daughter now owns her second one. Dodd summed it up this way: “ I’m a Cummins man. You just don’t have any trouble with them. It’s a good looking truck, I really like the Cummins engine.”

Following a celebration at the dealership marking the history-making purchase, Dodd says he’s looking forward to putting his new Cummins diesel-powered Ram 3500 to work baling hay and caring for his 35 head of cows, two bulls and 29 calves.

And when vacation time rolls around, the Dodd family will count on their Ram 3500’s benchmark towing capability with 1,000 lb.-ft. of torque to take them and their trailer on another big adventure.