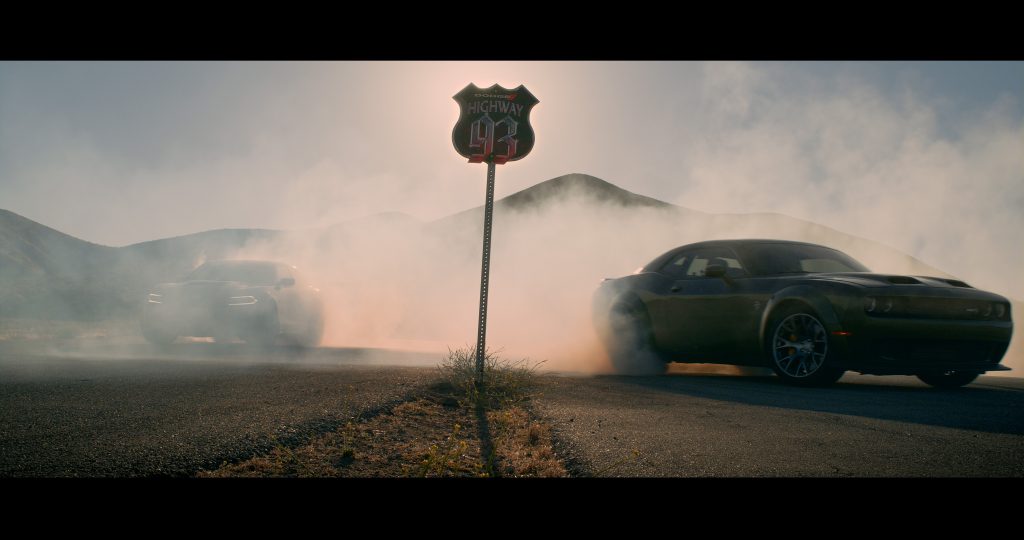 June 28, 2022 , Auburn Hills, Mich. – Dodge is charting a course along HWY 93 for its owners and enthusiasts this summer, connecting 93 Dodge-inspired events and locations across America — one for each day of summer. Dodge is curating a list of places that embody the daring, authentic spirit of Dodge. The Dodge HWY 93 campaign officially launched on June 22 and runs through September 22, 2022.

“HWY 93 is more than just a highway, it’s a mindset; one that stretches across all 93 days between June and September, past the coolest events and hottest locations in America,” said Tim Kuniskis, Dodge brand chief executive officer – Stellantis. “Summer is the best time of year for Dodge, it’s when the shackles of winter come off, and drivers are free to get the absolute most out of the longest days of the year. And Dodge, with the Brotherhood of Muscle, is going to blaze a path across the United States that leaves no roadhouse, rest stop or drag strip unturned.

“And with more than 13 million – and growing – devoted fans across our social media channels, Dodge has automotive’s most active and engaged muscle car following, and their passion and excitement for the brand are all but impossible to recreate on our own,” Kuniskis added. “So we’re going to collect user-generated content from our biggest fans, including the 93 days, and put our Real Brotherhood of Muscle in the driver’s seat of the Dodge brand’s next national campaign.”

Fans can go to DodgeHWY93.com to begin charting their summer course. As Dodge enthusiasts make their way across the U.S., they can also submit their own content and recommendations for locations to be added to HWY 93 throughout the summer using #DodgeHWY93. Select user content will also be featured on DodgeHWY93.com. To get on the list, each event and location must feel like a uniquely Dodge experience. Forget mainstream or vanilla, Dodge is choosing only the most thrilling events and oddest attractions for summer travelers to enjoy.

The campaign will include TV, social media and digital content running throughout the summer. DodgeHWY93.com will include a curated list and interactive map of events, roadhouses, restaurants, rest stops, races, including the iconic Roadkill Nights on Woodward Avenue in Michigan, dragstrips, iconic/scenic drives, lodging, sporting events and other attractions that Dodge owners can use to build their ultimate summer road map.

After the 93 days of summer, Dodge will launch its new The Real Brotherhood of Muscle national advertising campaign featuring the real Dodge stars. We will scour social media platforms, including YouTube, Facebook, TikTok and Instagram, seeking out the most compelling video content from Dodge enthusiasts to integrate into the campaign, which will run across multimedia, including television and social media channels.

Dodge is encouraging the Brotherhood of Muscle to help the brand in its search by posting and sharing their favorite content across their social media channels to bring awareness to their videos and photos. Dodge enthusiasts will need to post or share their content with the hashtag #ThatsMyDodge and #ad across their social channels to bring awareness to their content. Dodge is focused on content showing legal, safe driving practices and discourages owners from filming or posting anything dangerous, hazardous, illegal or harmful to the Dodge brand.

Dodge is looking for content that shows off the unique culture of American muscle enthusiasts. And while donuts and burnouts on closed courses have become a signature of the brand, Dodge will be digging much deeper, searching for content where owners show off not just their vehicles and modifications, but how they care for their HEMI®, Hellcat or Scat Pack, how they use them and even where they park their ride.

Dodge//SRT
For more than 100 years, the Dodge brand has carried on the spirit of brothers John and Horace Dodge. Their influence continues today as Dodge shifts into high gear with muscle cars and SUVs that deliver unrivaled performance in each of the segments where they compete.

Dodge drives forward as a pure performance brand, offering SRT versions of every model across the lineup. For the 2022 model year, Dodge delivers the drag-strip dominating 807-horsepower Dodge Challenger SRT Super Stock, the 797-horsepower Dodge Charger SRT Redeye, the most powerful and fastest mass-produced sedan in the world, and the Dodge Durango SRT 392, America’s fastest, most powerful and most capable three-row SUV. Combined, these three muscle cars make Dodge the industry’s most powerful brand, offering more horsepower than any other American brand across its entire lineup.