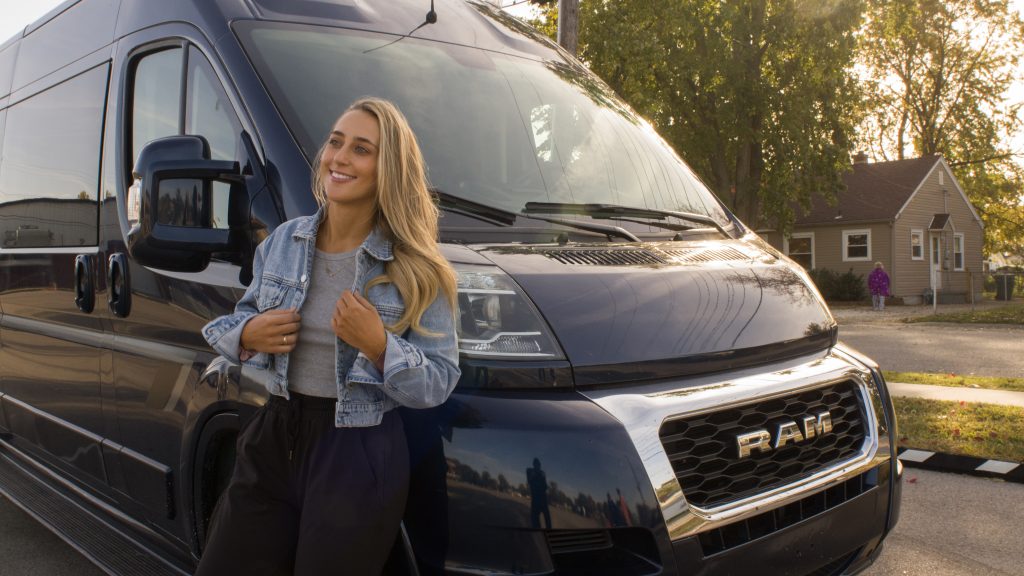 Most recently, singer-songwriter Ashley Cooke got behind the wheel of the ProMaster BandVan for a leg of her tour schedule. “Touring with this van is elite. I would say, the Ram ProMaster is by far the most comfy. The seats are amazing, they’re so luxurious, there’s a TV screen. I mean, you’re pampering an artist by giving us this van, for real,” said Cooke.

Cooke is an up-and-coming country music artist who is bringing authenticity to her musical storytelling. Influenced by artists such as Rascal Flatts and Florida Georgia Line as a teen, Cooke followed her passion for music to college, where she attended Belmont University and won the Country Showcase. This placed her in an elite class of showcase winners that includes Brad Paisley, Chris Young and more.

In the summer of 2021, Cooke released her debut project Already Drank That Beer, which received critical acclaim from publications, including Rolling Stone, People, and Country Now.

Cooke has spent 2022 touring alongside Cole Swindell, Brett Young and Jordan Davis, while she prepares the release of more new music via Big Loud Records / Back Blocks Music. She will continue touring in 2023, spending several tour dates alongside country artist Brett Young.