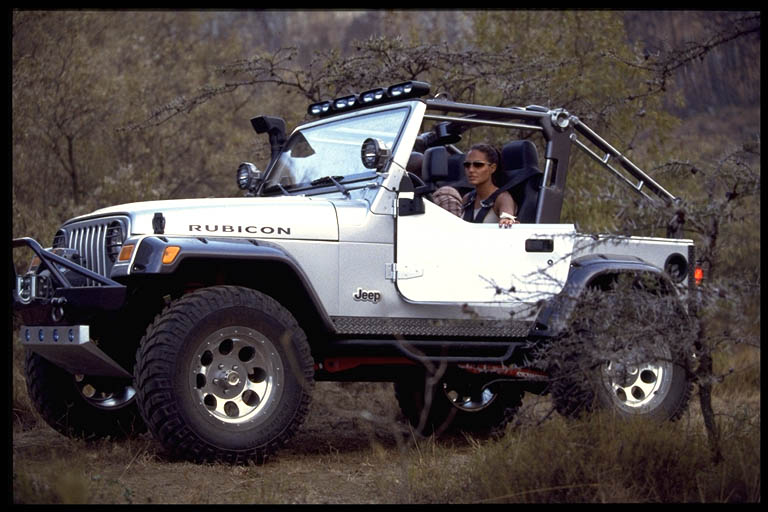 It’s Oscar Sunday and for many that means grabbing a big bowl of buttery popcorn and pulling up a seat on the couch to watch the 86th Academy Awards.

There’s always plenty of Oscar buzz surrounding the nominees but some of the best performances ever in movies don’t necessarily come from the actors.

In many award-winning films, the cars are the stars and we’re taking a look back at the top 7 outstanding performances by a Chrysler Group vehicle.

The 2003 Jeep Wrangler Rubicon – dubbed the “Tomb Raider Jeep” – was the first customized model to appear in a feature film.

2012 Dodge Challenger SRT8 plays the role of the hero vehicle driven by the film’s hero, Dom Toretto in various chase scenes throughout the movie.

The 2005 Jeep Wrangler Unlimited – dubbed the “Sahara Jeep” – co-starred with Matthew McConaughey, transporting him through some of the most dangerous regions of the world.

It took twenty-six Dodge Chargers to make this film. Several 1968 and 1970 Dodge Chargers were converted to look like 1969 Chargers. Those crazy Duke brothers!

The Ram Truck brand and Warner Bros. teamed up for “Man of Steel” which also featured vintage trucks and other vehicles in key movie scenes.

The 1970 Dodge Charger R/T is destroyed and rebuilt almost more times than there are sequels to this movie.

It’s one of the most famous car chases ever and of course it features a 1968 Dodge Charger R/T.

So no matter which movie takes home “Best Picture” — go ahead and picture yourself behind the wheel of one of these best supporting rides!