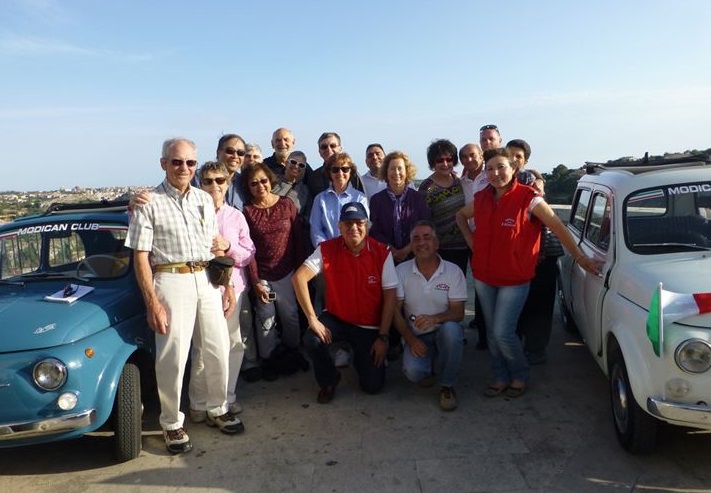 Carole Hecker (bottom, right) has been traveling the world since 2002. She belongs to a group of self-proclaimed golden globetrotters that have taken their hobby to the far corners of the earth, everywhere from China to Africa to Australia and, most recently, Italy. 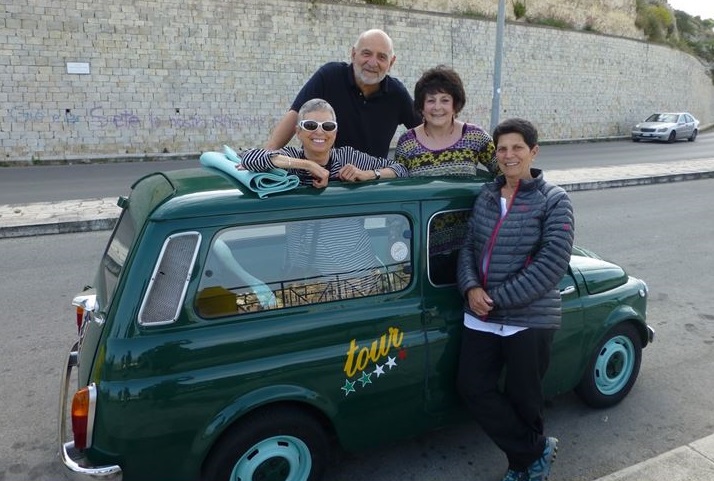 They call themselves the “Global Geezers.” There’s really not a so-called geezer in the bunch. In fact, they say the adventure keeps them young. The club is made up of 16 men and women from across the U.S. They’ve gotten to know each other over the years and when they travel, it’s like a well oiled travel machine.

Their latest destination, Modica, Italy, is a picturesque Sicilian town renowned for architecture and chocolate making. One of the biggest challenges is getting around Modica. After an earthquake in 1693, the town was rebuilt and divided into two parts, “higher” Modica and “lower” Modica, which are connected by flights of stairs. Modica is filled with narrow lanes, alleys and steps that climb up the mountain side. It can be a lot of work to do all of that walking, so what’s the best way to glide from cioccolateria to cioccolateria? In a Fiat 500, of course. 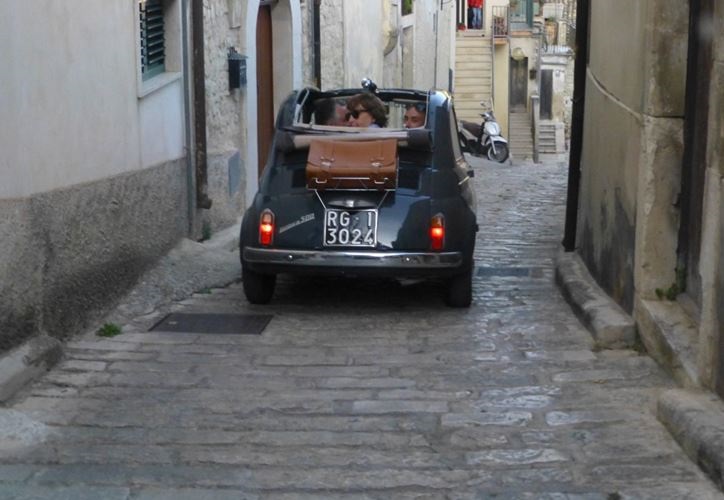 That’s where the Modican Club came to the rescue! The Modican Club and its drivers navigated the skinny streets all while dodging tourists, mopeds and sharp turns in a fleet of vintage Fiat 500s.

“The cars were really fun,” Hecker said. “At first we thought we were going to get to drive ourselves, but instead we were chauffeured around town to the different cathedrals and sights. They drove us in Fiats because it’s the car of Italy. They are small and the streets are so narrow that it answered the need.” 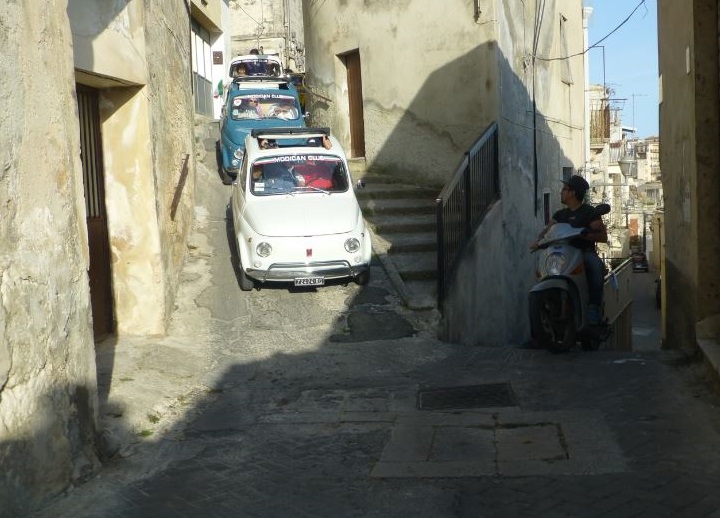 As you can see, driving is a bit of a challenge on the streets of Modica. Talk about a traffic jam! The moped driver wants to go up, the Fiats want to come down and Carole is behind the camera in another 500 just waiting patiently for the situation to straighten itself out. It’s just the way of life in Modica. But it’s much more fitting in a Fiat 500.