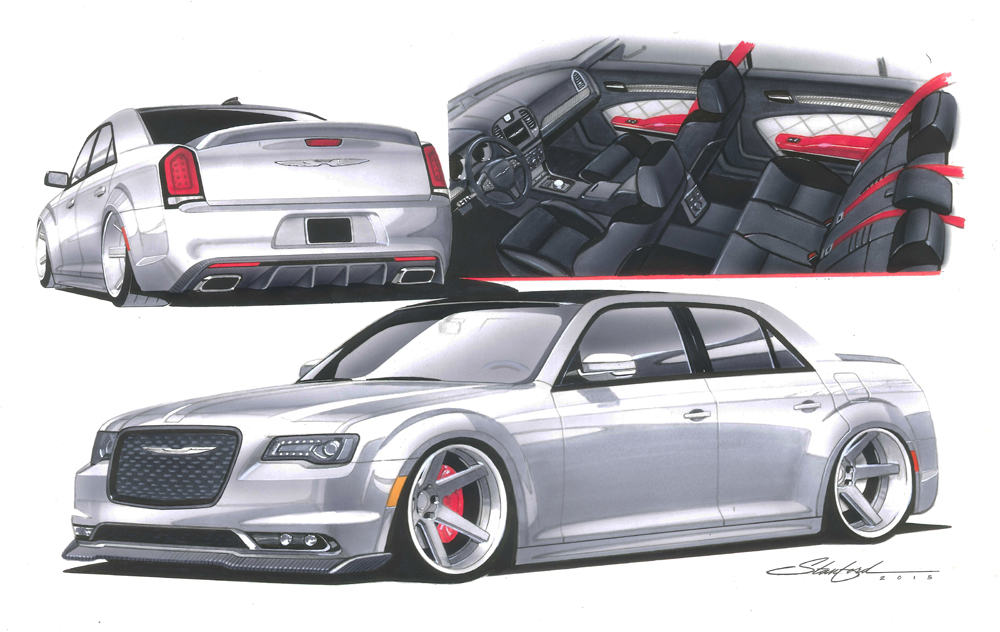 Illustration from famed automotive artist Steve Stanford of how FC3 will appear SEMA 2015.

John Fortuno – better known as “Fatchance” – had the opportunity to introduce his Fatchance 3, a modified 2015 Chrysler 300, in March at the Spring Festival of LXs. Spring Fest, which John helps organized, is the largest West Coast gathering of Chrysler 300 and Dodge Charger, Challenger and Magnum vehicle owners.

“We’re building a car to make a statement, but not one that is overly gaudy,” Fortuno told us. “The new elements are all things that people can take and use themselves. They can take the bits and pieces they like, to make their own statement. 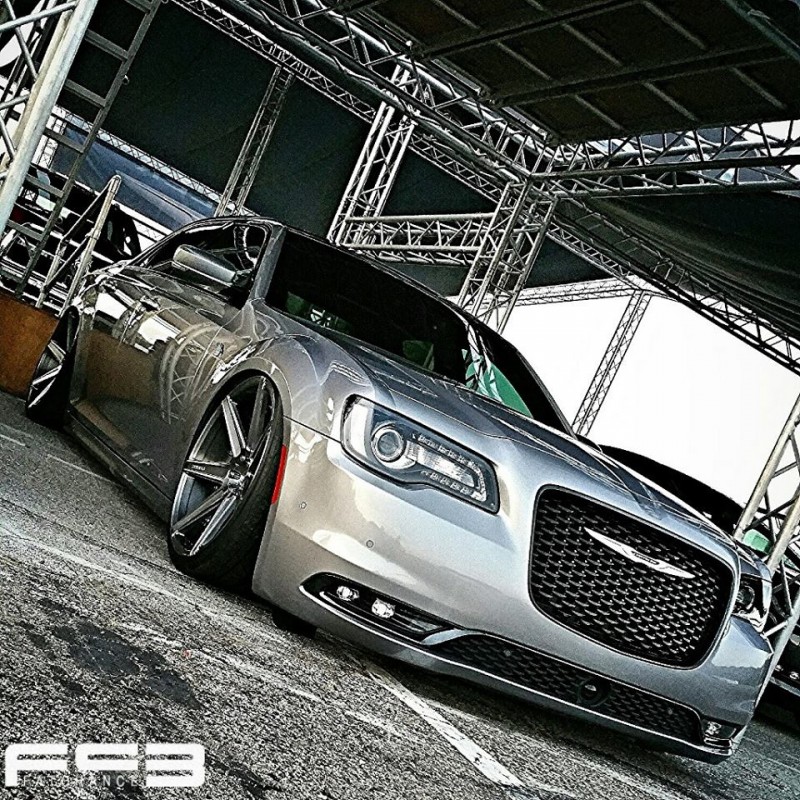 “Fatchance 3 is part 300 Platinum on the interior, it’s part S on the outside, for a sport luxury look.”

FatChance 3 is the third version of a customized Chrysler 300 John has worked on since 2005. While the modifications have been totally up to John, he and the Chrysler brand partnered on FC2.0 along with FC3 with the perfect “canvas,” the Chrysler 300.

John and Brett Graves (build partner) brought in the help of Cam Cheuvront and Alex Martin to assist with the initial build to get it ready for the Spring Fest unveiling, March 21. They started with a Billet Silver Metallic 2015 Chrysler 300S. The changes were relatively slight – window tint, new 22-inch wheels, tires, air suspension and beginning of Mopar Performance upgrades – but “gave a feel for the direction we wanted to go in.

While the full reveal will be at SEMA 2015 in Las Vegas, John and those involved in the modifications have given hints on their social platforms at what to expect this fall. “The key to any build is not always having the most parts, but the right parts. For the SEMA unveiling, we have reached out to the aftermarket manufactures to produce parts for FC3 to reach our goal,” John said.

Among the changes will be a front air spoiler, rear diffusers from Black Ops “to give FC3 a more aggressive appearance,” and a custom grill from GrillCraft. 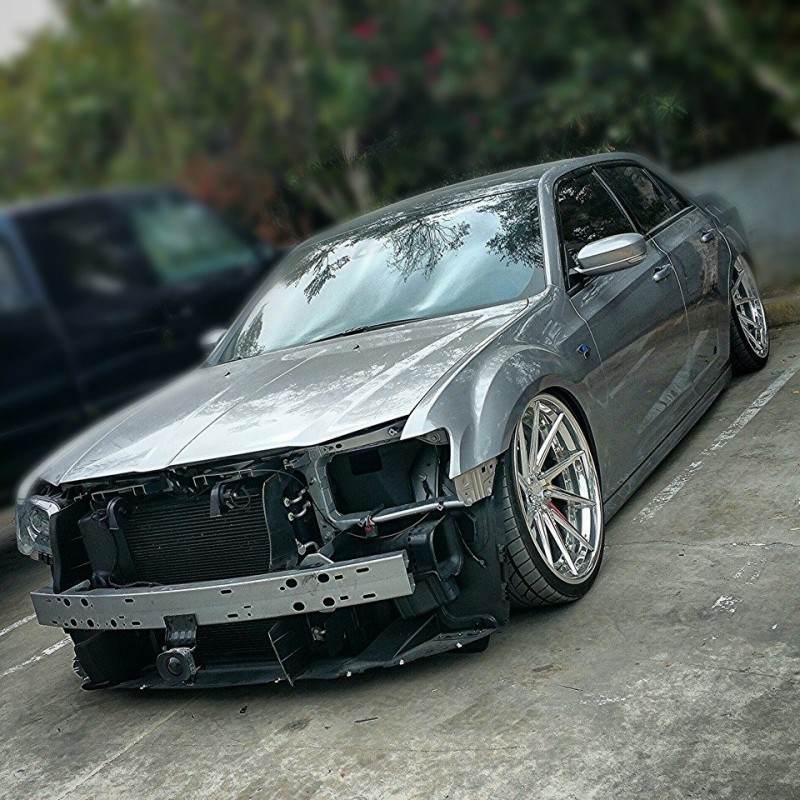 In a post to the Chrysler Fatchance Facebook page, Fortuno sends an update: Just to get to a few parts the whole front end needs to come off.

The interior will have a sport luxury look with just a few added elements to enhance the cabin. The infotainment center will be an “OEM plus” design, John said, with the addition of a 13-speaker, 2-subwoofer system from Alpine, that will look factory installed. The trunk will be completely redone displaying the Accuair air management system and the subwoofers, and will coordinate with the theme of the interior.

John also says there will be a new set of 22-inch wheels from Rotiform, wrapped with Nitto ties and a massive set of Brembo brakes. The engine bay will be reworked and the 5.7L HEMI® will receive a Mopar Scat Pack Stage 3 Performance kit.

“I have been fortunate over the years to build great relationships with manufactures and have extremely talented friends like Brett and Cam to take FC3 from a concept to reality. The focus on FC3 will be all in the details,” John said.

“Fatchance 1.0 is 10 years old, but still can stand on its own without being dated,” John said.

And, years from now, Fatchance 3.0 will be the same.

“Fatchance 3 will be mainstream cool.”