Motorsports
Dodge Vipers on the prowl at Daytona this weekend 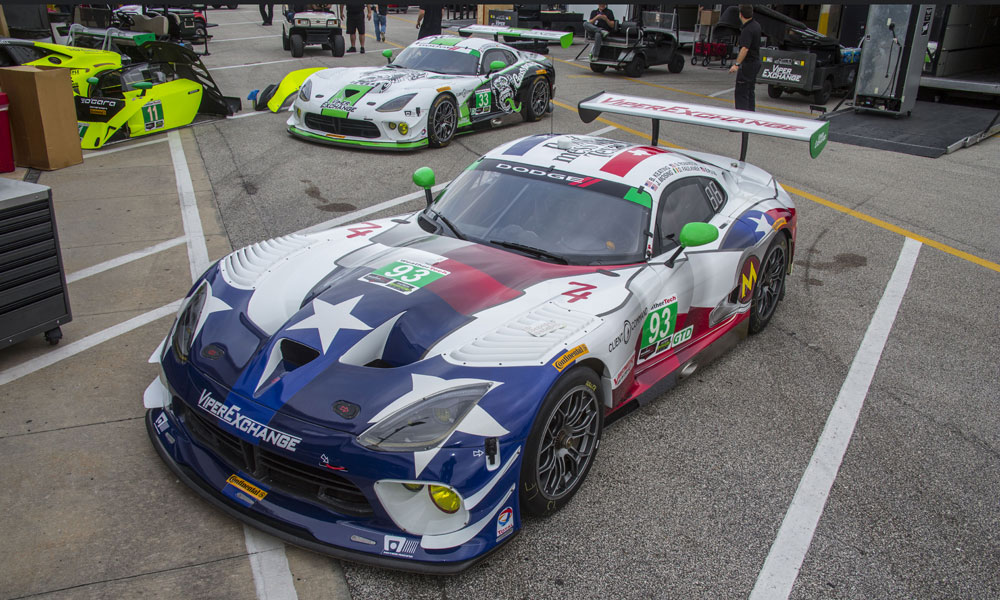 A pair of Dodge Viper GT3-R race cars competes in the Rolex 24 at Daytona this weekend, fielded by private owner Ben Keating.

It’s the place where you’d expect to find the Dodge Viper. In fact, you’ll find two Viper GT3-R race cars among the more than 50 sports cars and prototypes ripping around the high-banked turns and infield road course of Daytona International Speedway this weekend for the Rolex 24.

The No. 33 and No. 93 Vipers are fielded by private team owner Ben Keating, who is also owner of Tomball Chrysler-Dodge-Jeep-Ram in Tomball, Texas, and the ViperExchange.com web site.

Keating does more than write the checks, he’s on the driver team for each car. He’s also the defending champion in the GT Daytona class for the Rolex 24 at Daytona in the No. 93 car.

This is the third year Keating has run the Viper GT3-R in the Daytona event. If he has an edge for the race, it would be his familiarity with the track and the equipment.

“We are one of the few cars to have that much experience here,” Keating told us in an exclusive interview earlier this week. “There are a lot of new cars this year that are running the Rolex 24 for the first time.”

Yet the cars, prepped by Riley Technologies, face challenges. Rules changes for 2016 called for cars in the GT Daytona class to be configured to international GT3 standards. Major changes include a near rear differential and shocks, as well as the addition of traction control and anti-lock brakes.

“It had more impact on the car than I expected,” Keating said. “The car feels totally different. At first, we struggled with the setup. It took us until the final day of the Roar Before the 24 practice weekend for the car to feel really good. And that’s all on Bill Riley, they’re the best.” 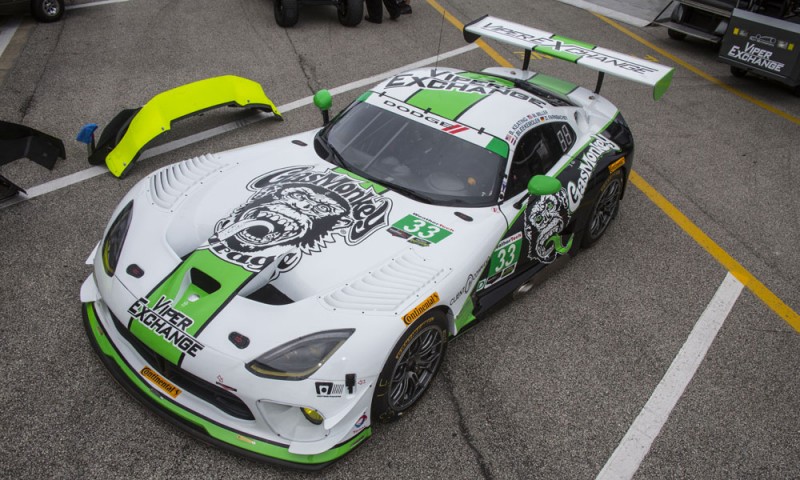 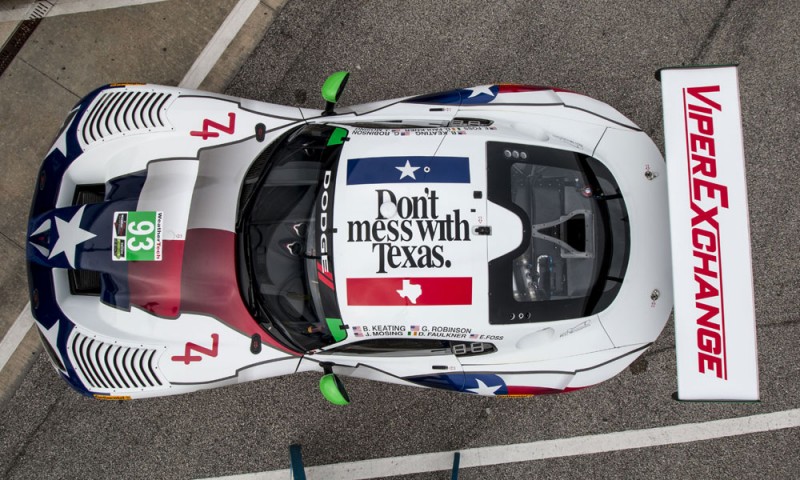 It won’t be easy to miss the Vipers on the Daytona track. The No. 33 car carries sponsorship and the distinctive logo of fellow Texan Richard Rawlings and his Gas Monkey Garage. The No. 99 car mimics the look of the Texas state flag, along with “Don’t Mess With Texas” on the roof.

The driver lineup is also a mix of old and new.

Being a defending champion “raises the bar of expectations but it also relaxes you,” Keating said. “We’re not questioning if we’re capable of doing this.”

The GT Daytona class is the largest among the four competing in the Rolex 24 with 22 cars. The Viper GT3-Rs will battle cars from Aston Martin, Audi, BMW, Ferrari, Lamborghini and Porsche.

We hope to see a Viper GT3-R team back on the top step of the podium on Sunday afternoon.

Fox Sports will broadcast much of the Rolex 24 at Daytona on the Fox Sports 1 and Fox Sports 2 networks. Overnight racing will stream on the Internet at www.imsa.com.

On the Internet, race information, including real-time timing and scoring, can be found at www.imsa.com.

Twitter is a popular place to find updates on the race from teams and drivers. Search for the hashtag #Rolex24. Here are some accounts to follow: