Uconnect
Car. Life. Balance.™  What does it mean to you?

Dodge
Looking for some Dodge schwag from New York? 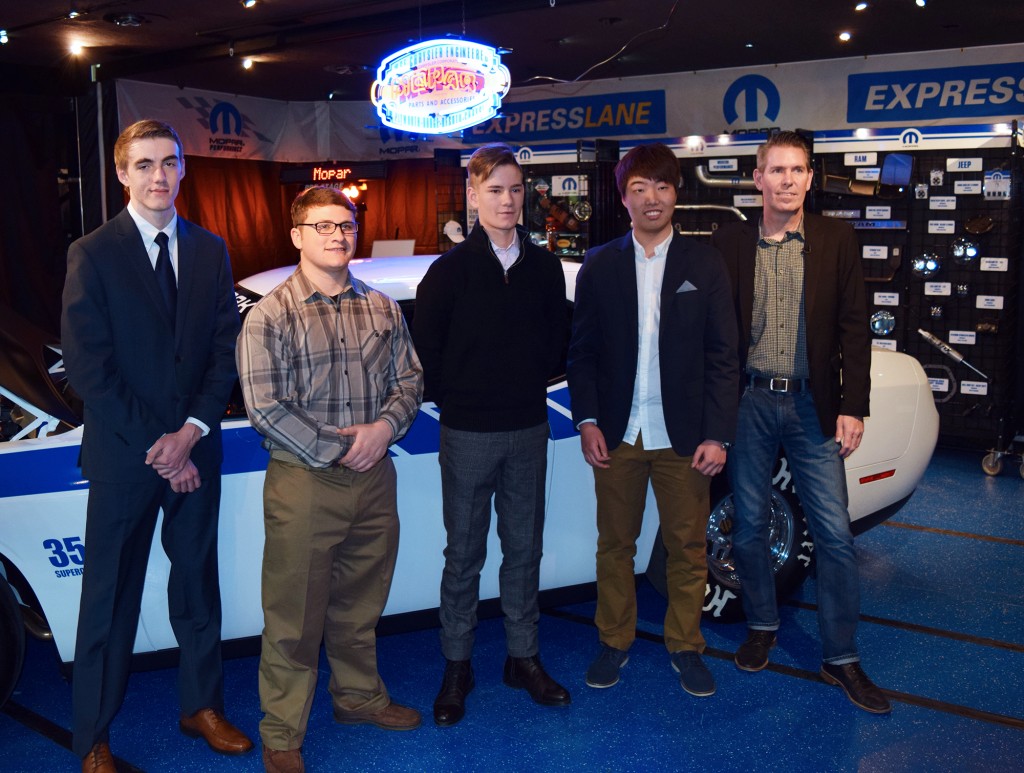 Treinen’s vision for a 2025 Dodge Charger SRT Hellcat earned top honors in the FCA US Drive for Design contest.

“Ben really captured the essence of what Dodge and Hellcats are all about,” said Head of Dodge and SRT Design Mark Trostle.

Treinen, who is a senior at Archbishop Moeller High School in Cincinnati, Ohio, was honored at the opening of the 64th annual Meguiar’s Autorama in Detroit on Feb. 26, along with the second-, third- and fourth-place winners of the contest.

All four winners and their families gathered at the Mopar booth at Autorama to receive their awards and spend time with Trostle and other FCA US designers.

The other winners are:

The four students walked away with some great prizes, including Apple Macbooks and iPads, a three-week summer automotive design course at the College for Creative Studies (CCS) in Detroit, three passes to Meguiar’s Autorama, a three-day/two-night stay in Auburn Hills, Michigan, and dinner with some of the top designers at FCA US.

“We received an outstanding response from the students,” Trostle said. “We didn’t want to tell them it had to be a Charger or a Challenger. We really wanted to see what they would come up with.”

The 64th annual Meguiar’s Autorama in Detroit, an event that showcases some of America’s coolest hot rods and classic vehicles, served as the perfect platform for the Drive for Design contest award ceremony. Watch the highlights from the award presentation below.