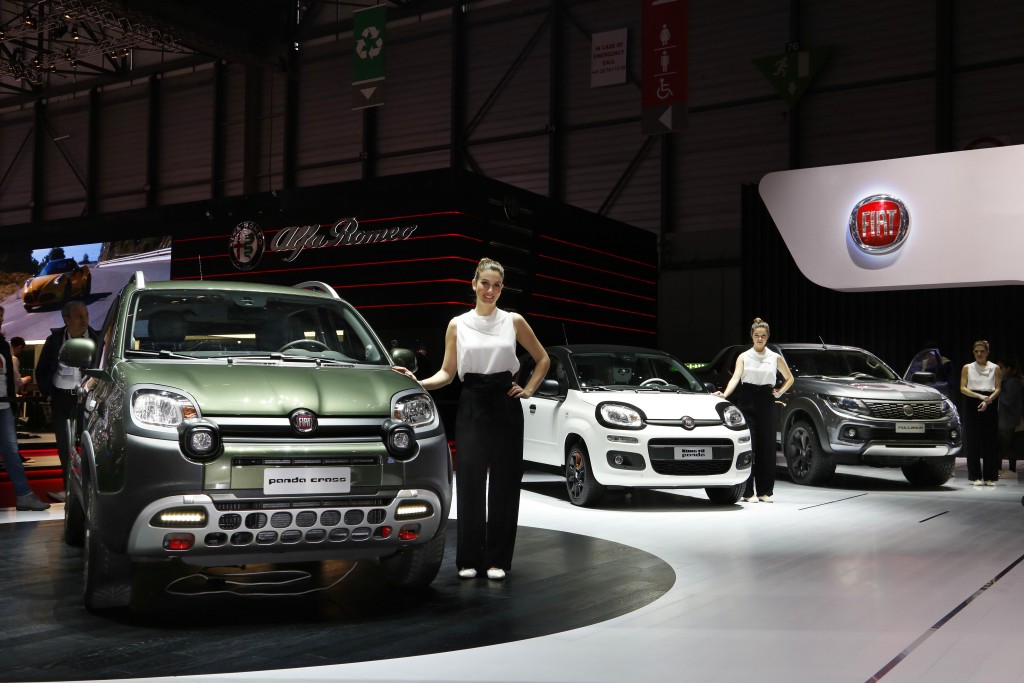 Auto show season is going global as the brands of Fiat Chrysler Automobiles show off their latest models at the Geneva Motor Show.

The Swiss auto show, which has been referred to as the European equivalent of the North American International Auto Show in Detroit, is spread across 106,000 square metres of exhibition space and features displays from FCA  including Abarth , Alfa Romeo, Dodge, Fiat, Jeep, Ram and Maserati. 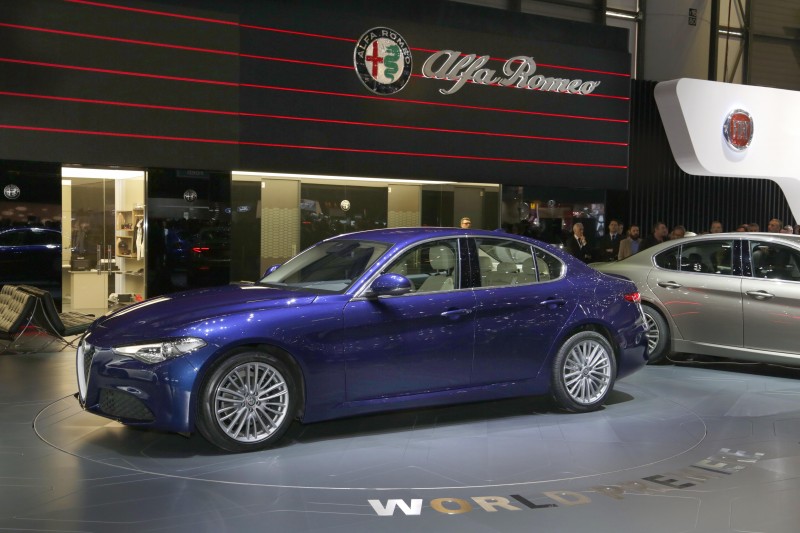 Alfa Romeo is using the Geneva show to reveal the full range of trims for the sporty Giulia sedan, including the previously revealed Quadrifoglio, the Giulia and Super. In addition to showcasing the restyled Giulietta, Alfa Romeo’s stand is home to the worldwide preview of the new Mito small sports car.

“Giulia is clearly more than just a car. It stands for the reincarnation, the renaissance of Alfa Romeo,” said Harald Wester, head of Alfa Romeo and Maserati. “It perfectly presents what Alfa Romeo is to become again,” 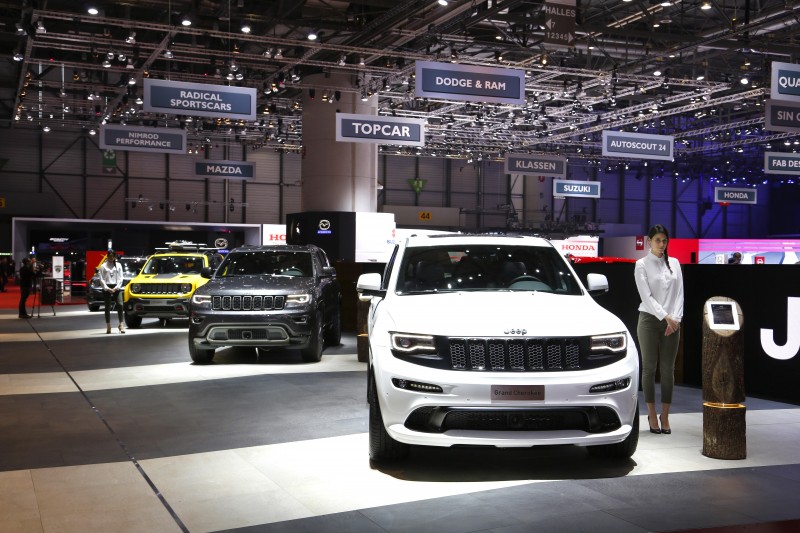 Jeep at the Geneva Motor Show.

The past, present and future is on display at the Jeep stand in Geneva. The brand is celebrating its 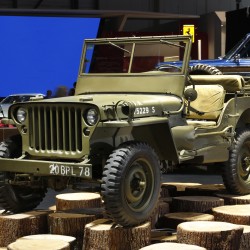 75th anniversary and will have vehicles from throughout its past on display, including a 1941 Willys-Overland MB, a 1946 Willys Wagon and a 1963 Jeep Wagoneer.

Jeep’s presence will be represented by 75th anniversary editions of various models including a Renegade with a unique Jungle Green livery and a Jeep Cherokee with a Brilliant Black livery. Fans of the upcoming “Batman v Superman: Dawn of Justice” movie will be able to see the Jeep Renegade Dawn of Justice Special Edition before it is available in select European markets later this month.

Also on display will be the future, including the Jeep Cherokee Overland, a premium, top-of-the-line model that will be available in markets across Europe this summer.

Additionally, Fiat used the motor show to highlight its expanded lineup. The press in Geneva was treated to the European debut of the sporty Fiat 124 Spider. Fiat also unveiled a new five-door Tipo and a new Tipo Station Wagon. 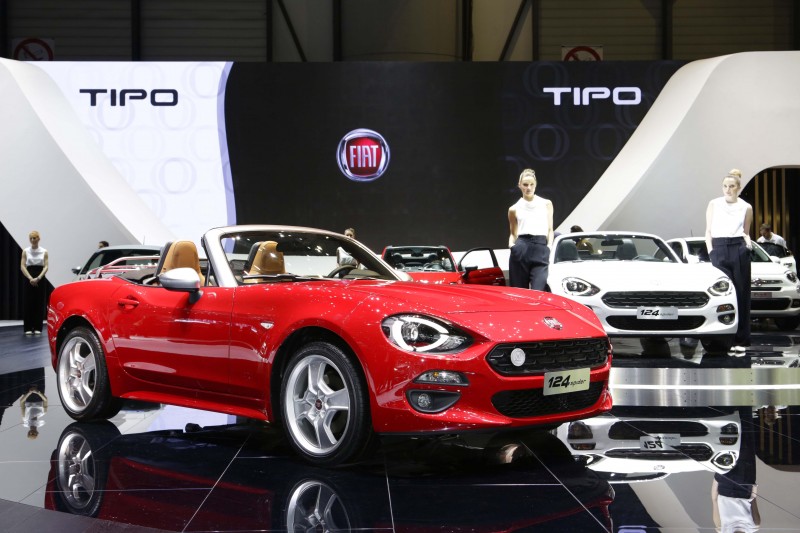 A sportier version of the 500, the 500S, is on also on display along with a Panda show car designed to look like “Kung Fu Panda.”

“(The Abarth 124 Spider is) a brand new Spider with the full attitude of the Scorpion,” said Paolo Gagliardo, head of operations, Abarth, referring to the Abarth logo.

The introduction of the Abarth 124 Rally marks the return to racing for the 124, 40 years after its last official race in the 1976 Monte Carlo Rally.

“The car was so compelling we couldn’t stop,” Gagliardo added. “We simply want to keep our customers smiling and enjoying our cars.” 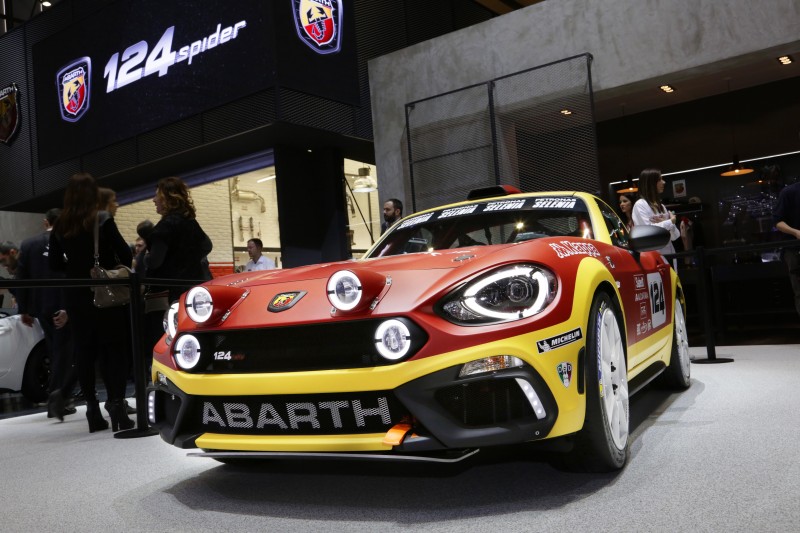 History was also made in Geneva as Maserati introduced its first SUV, the Levante.

“It is unique, powerful and very capable,” said Wester, as he described the new Levante, which offers best-in-class road handling and full off-road capability. “(The Levante is) inspired by our sports car heritage, it’s a beautiful creation that typifies what we stand for today.” 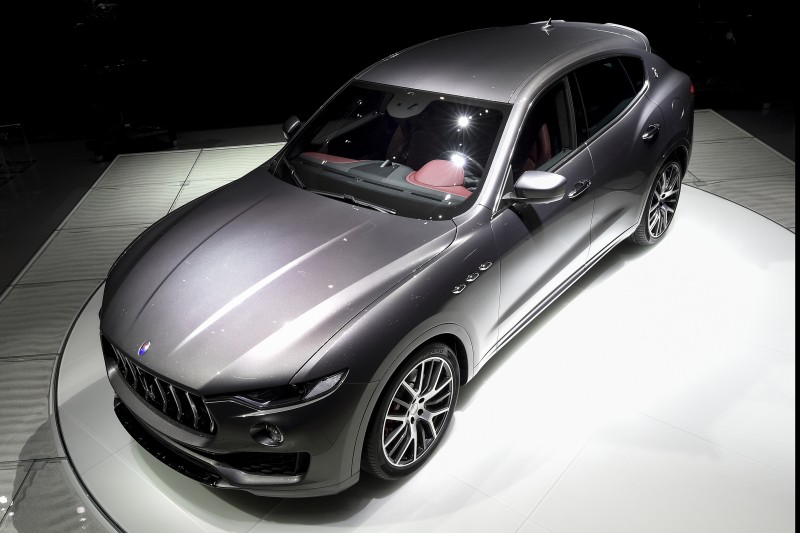