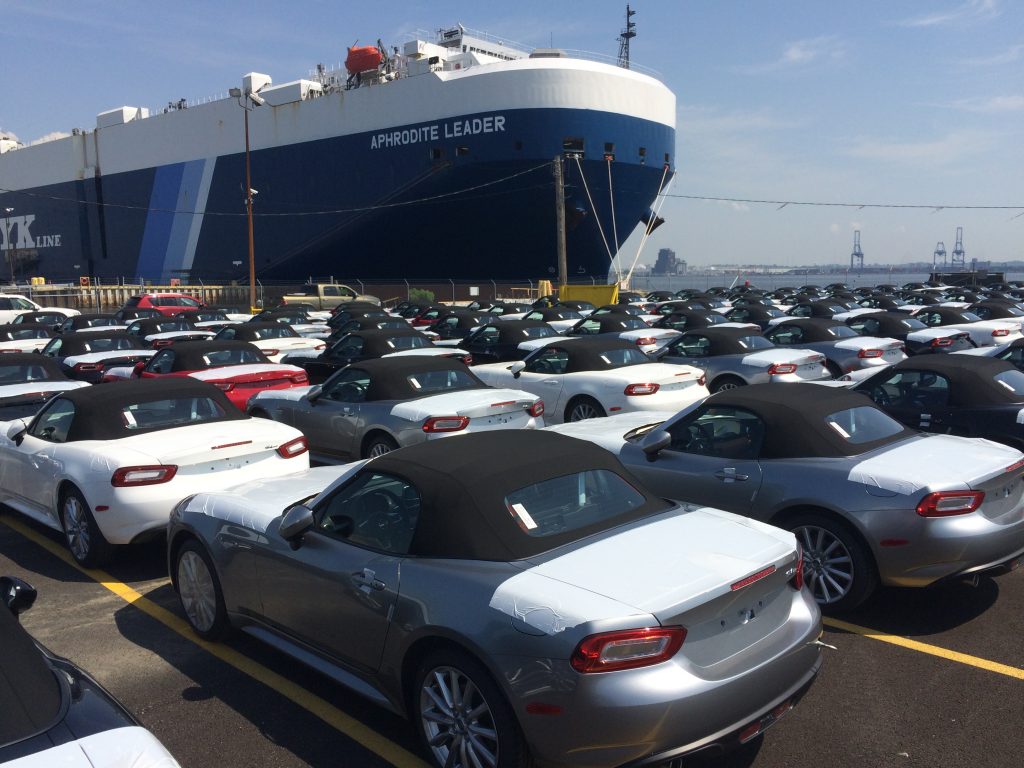 The recent arrival of the large Aphrodite Leader vehicle carrier at the Port of Baltimore ended nearly three decades of waiting, and dreaming, for fans of FIAT and sports cars.

Inside of the belly of the mighty ocean-going ship were brand new Fiat 124 Spiders, carefully secured to the floor of the ship and wrapped to protect each vehicle for its trip to the United States.

New Fiat 124 Spiders arrive in the United States by boat.

This shipment of roadsters to Baltimore, and a similar shipment to the Port of San Diego, marks the first time in more than three decades a new 124 Spider roadster has arrived in the United States.

Now, with the all-new 2017 Fiat 124 Spider, which blends classic Italian styling with modern technology, safety features and performance, proper care was taken to ensure each car was carefully off-loaded from the ship.

“The typical perception of a port is one filled with shipping containers and bulk materials. This is primarily a carport on this side of Baltimore Harbor,” said John Griffin, manager, International Port Operations, FCA US. “The cars are being handled by expert car handlers. These are people who are dealing with cars every day. They know how to handle them.” 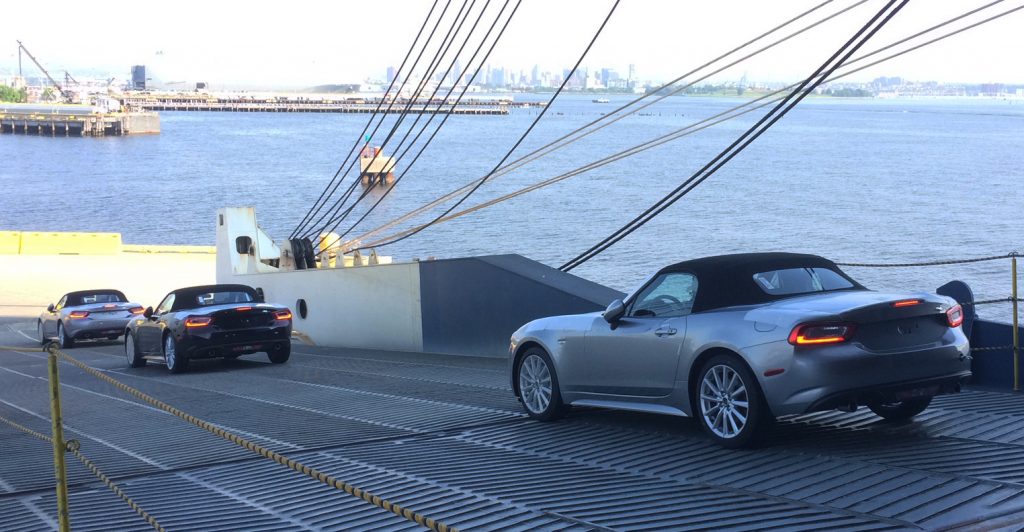 New Fiat 124 Spiders drive off a transport vessel at the Port of Baltimore.

Each of the drivers who got behind the wheel of the new Fiats wore gloves and no jewelry that could catch on the interior of the cars. The experienced drivers also then slowly drove each 124 Spider off the ship and into a large parking lot near the dock.

This care in handling imported vehicles is nothing new for the personnel at FCA’s Port of Baltimore facility. For nearly 40 years, the company has operated out of the port because of its proximity to the Midwest and the East Coast.

“It is the shortest route to get to Michigan,” said Griffin.

Initially, the port was used for exporting vehicles to 110 countries, but with the merger with FIAT, the facility is also used for import purposes.

He added that FCA also uses ports in Jacksonville, Delaware and a harbor in the Pacific Northwest.

Soon, the Fiat 124 Spiders will move from their “point of rest” in lots in Baltimore and San Diego, to Fiat Studios across the country. 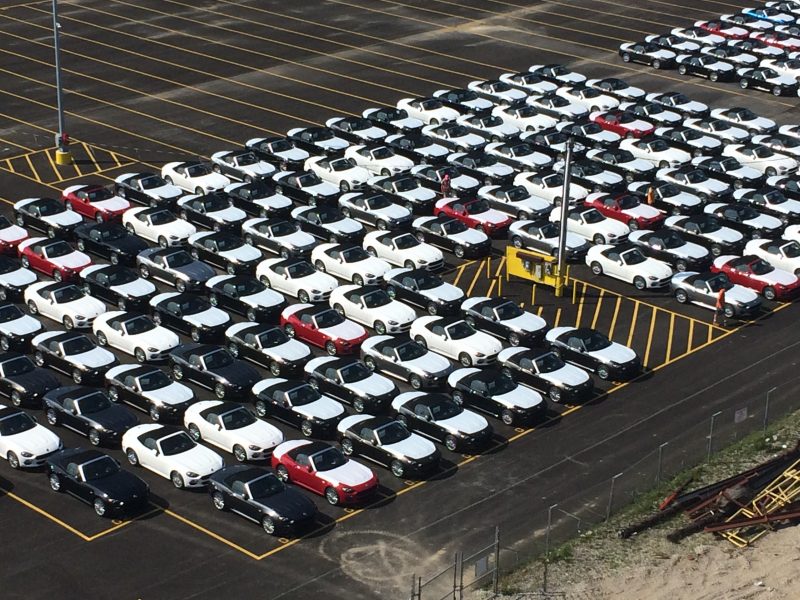 Hundreds of Fiat 124 Spiders at their “point of rest” prior to being shipped to dealers.