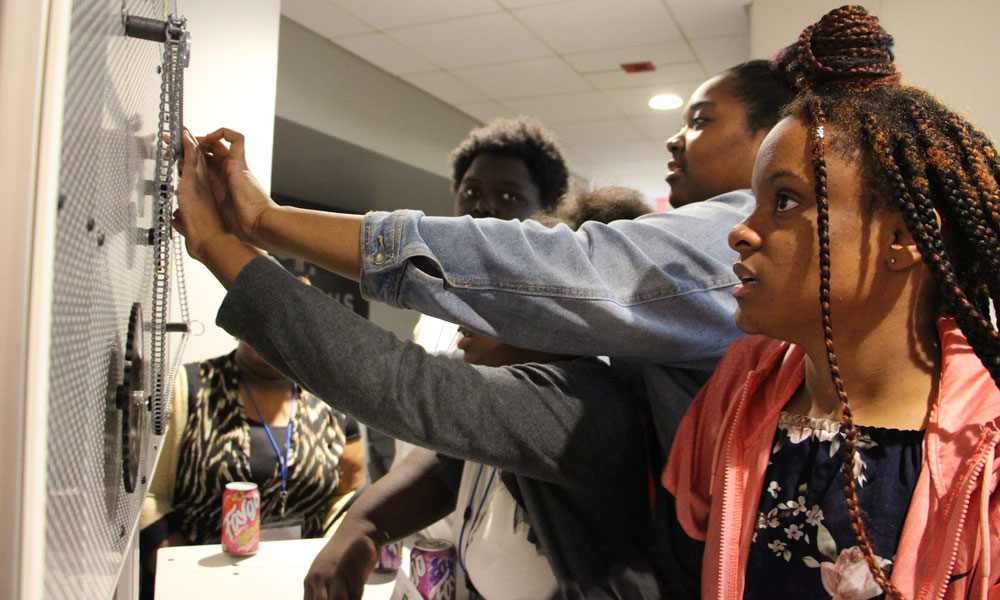 More than 100 students from Detroit's Southeastern High School spent a day at the Jefferson North Assembly Plant to learn about careers in auto manufacturing.

Last month, Jefferson North Assembly Plant (JNAP) opened its doors to 100 students from Detroit’s Southeastern High School who were ready to learn more about the people and processes involved in building the Jeep® Grand Cherokee and Dodge Durango. The three-part event, known as Manufacturing Day, included an engine demonstration; production simulation stations; and, of most interest, a tour of JNAP, the only auto assembly plant located completely within the city of Detroit.

64% of high school students identified personal experiences as having the greatest influence over their career decisions.

“The idea was to expose students to the wide range of career opportunities in advanced manufacturing,” said Jaime Miller, Human Resources Business Partner for Manufacturing Assembly Operations at FCA. “We have a place for anyone who is eager to help us compete as a leader in innovation and technology.”

In addition to learning about the production side of manufacturing, students got a flavor of the various jobs and career paths available. Representatives from all areas of the Jefferson North facility, from team member to plant manager, shared the behind-the-scenes details of their day-to-day responsibilities. Tyree Minner, JNAP Plant Manager, discussed how he began his career as a worker on the manufacturing assembly line more than 40 years ago, eventually working his way up to the highest position in a manufacturing facility, where he leads thousands of people and oversees the production of one of the Company’s busiest plants.

JNAP’s Manufacturing Day was part of FCA’s educational partnership with Southeastern High School and the Detroit Public Schools Community District. FCA continues to foster its commitment to the next generation, hosting a workshop for recent Southeastern High School grads to apply for a special internship program at JNAP. Their first day of work is July 8, supporting special projects at the plant. About a dozen select graduates have the opportunity to experience advanced manufacturing while earning a potential full-time place within the FCA family.