Community,Our People
FCA Employees Serve the Company and Their Community

Community,Our People
A labor of love 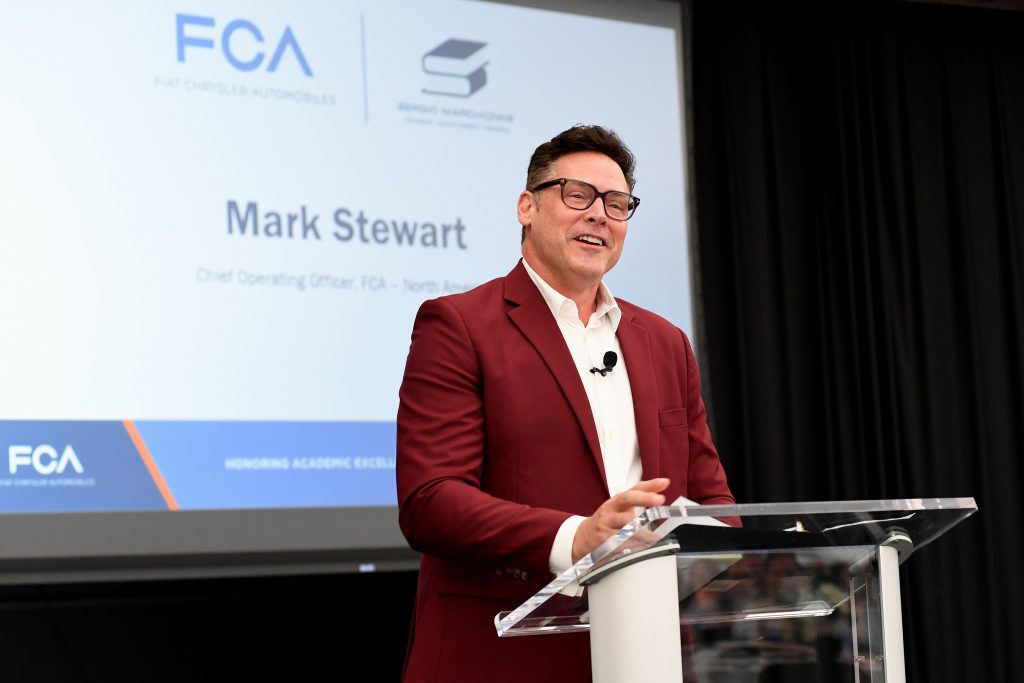 The Sergio Marchionne Student Achievement Awards is a global recognition program offered to children of our employees and our subsidiaries in 18 countries worldwide. The program recognizes those who have earned a high school diploma, associate degree or bachelor’s degree.

Previously known as The Fiat Awards, then the Fiat Chrysler Student Achievement Awards, it was later renamed in 2019 to honor the company’s late CEO, the program’s biggest supporter.

The North American region received 459 applications from 2019 graduates. Of those applicants, 92 received an award.

Due to the COVID-19 pandemic, the 92 award winners attended a virtual recognition event on Monday, July 20, 2020, when FCA leadership honored their achievements.

“We have experienced unprecedented moments that may have put your journey on pause or may have even challenged you to think about the future in a different way,” Mark Stewart, Chief Operating Officer of FCA North America, told the group during the virtual ceremony. “In my mind, current events only illuminate the fact that you have the drive, the character, the persistence and the resilience to be successful contributors to our world, and to continue to accomplish great things.”