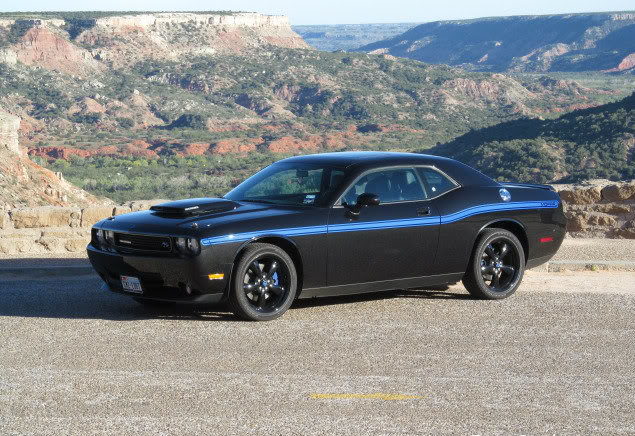 So, it’s no surprise that Green’s music player is loaded with Petty songs and his garage holds four Mopar cars. That stable includes a Mopar ’10 Dodge Challenger that won a Mopar Top Eliminator trophy in 2013 based on a vote of fans via social media.

Green’s Mopar ’10 Challenger was one of four cars honored as a Top Eliminator winner in 2013. This year’s program, now named the HEMI Heritage award, will pick its first winner during the Midwest Mopars in the Park event in Farmington, Minnesota, on May 31 and June 1.

The HEMI Heritage award honors top-notch examples of restored and accessorized Chrysler Group vehicles. Other HEMI Heritage award winners this year will be selected at the Carlisle Chrysler Nationals in Carlisle, Pennsylvania, in mid-July; from the Sportsman class racers at the NHRA U.S. Nationals in Indianapolis in September; and, like Lance Green’s car, from an online vote of Mopar fans.

Green said he was shocked when told he won the online award vote with his Mopar ’10. “I’m not big on Facebook,” he said. “I have about 30 friends and two dogs. Many of the people I hang out with don’t do the Internet.”

But Green is using the Internet to fuel his own Mopar passions, launching two fan websites, Lone Star Mopars and the Mopar 10 Registry. He’s using the Registry to try and document the whereabouts of each of the 500 Mopar ’10 cars built for the U.S. market and the 100 cars built for sale in Canada.

“They’re such great cars, but you never see them,” Green says. He hopes the registry might lead to a national meeting for the Mopar ’10s and their owners.

Green works in a family business in Canyon, Texas, a small town south of Amarillo in the Texas Panhandle. It took him several months of searching to find his Mopar ’10, which was on a Chrysler Group dealer lot in Dallas. He took the car home in January 2011.

While the Mopar ’10 was highly customized when it left the factory with items such as a T/A hood scoop, signature body side stripe and leather interior, Green has made a few changes to “make it my own.”

Green says he doesn’t plan on selling his Mopar ’10 Challenger. Nonetheless, he’s only made modifications he can reverse to put the car back to factory stock status.

The Mopar ’10 is Green’s daily driver. His garage also holds a 2001 Ram pickup, a ’74 Plymouth Duster that had been converted to drag racing duty and a 1969 Dodge Charger. He says he’s always on the lookout for a Plymouth Barracuda.

Green says the Charger has been his Mopar inspiration. He found it in 1999 during a college scouting trip with his sister.

“It had a crazy camshaft and the engine was too much for the transmission. At the time, there wasn’t anyone I trusted to work on the car. That’s why I had to hang out with the old guys, they knew about the car. It was my motivation to figure things out on my own,” Green says.

We’d say Lance has things pretty well figured out. Now cue up Tom Petty’s “Running Down A Dream” and enjoy the ride.

Does your car have a shot of HEMI Heritage? Tell us about it.