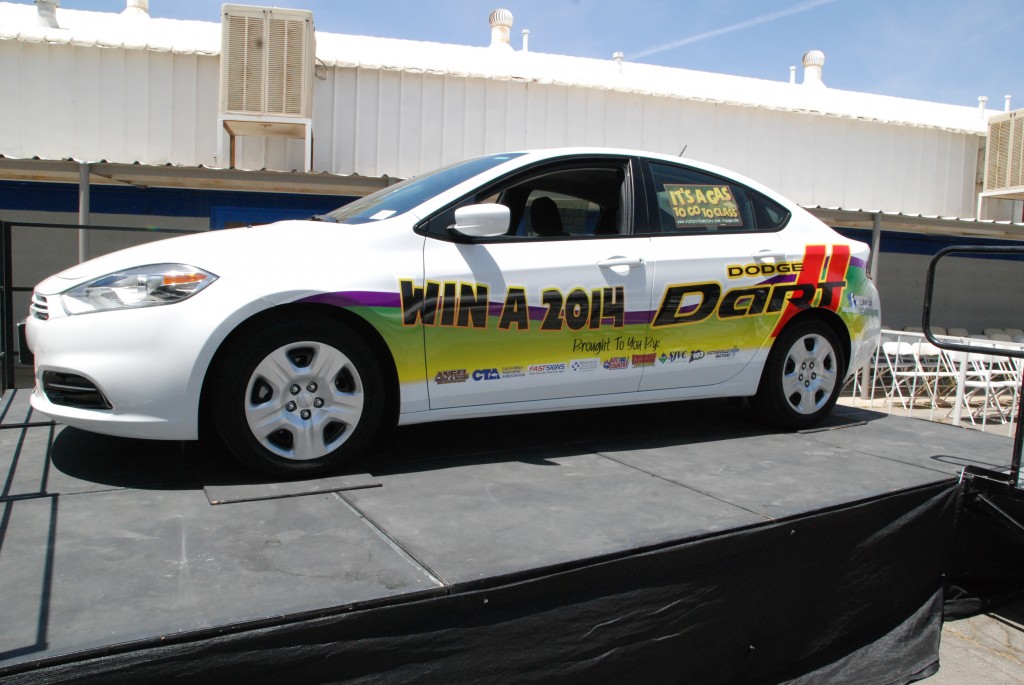 Going through an entire school year without a single absence is no easy feat. So students who achieve perfect attendance deserve recognition for their accomplishment.

Victorville Motors, a Chrysler, Jeep, Dodge and Ram Truck dealership in the High Desert region of Southern California, thinks so too. The Victorville, Calif., dealership came up with a special way to honor area high school students who achieve perfect attendance.

In 2011, the dealership launched the “It’s A Gas To Go To Class” giveaway. High school students who completed the 2011-2012 school year with perfect attendance were eligible to enter a drawing to win a new Jeep Patriot sport-utility vehicle.

The vehicle giveaway was an immediate hit. Not only has Victorville Motors continued the annual sweepstakes, the dealership has expanded it as well. Now in its fourth school year, the dealership will give away four 2015 Dodge Darts – two to high school students who complete the 2014-2015 school year with perfect attendance, and two to teachers with perfect attendance. 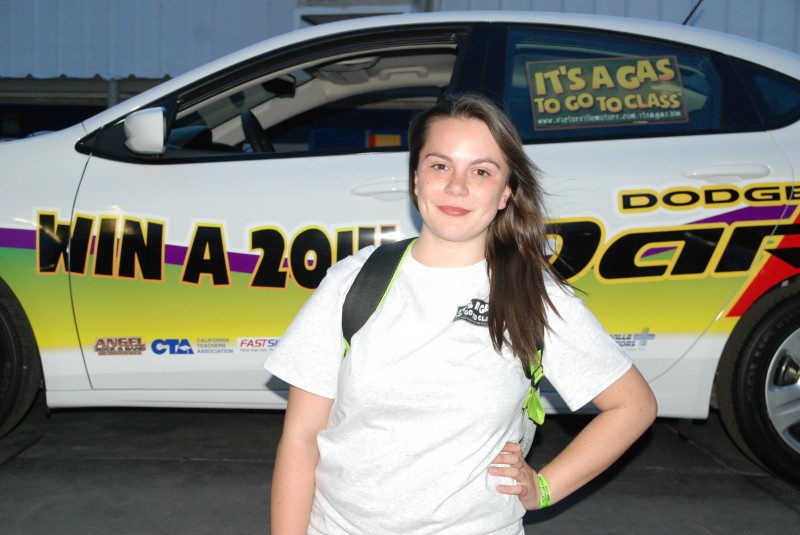 Victorville Motors Chief Operating Officer Tim Watts says the annual giveaway has been embraced by students, teachers, school district superintendents and a plethora of area businesses. With support from the business community, students with perfect attendance have a chance to not only win a Dodge Dart but also a bevy of prizes such as gift cards, iPods, televisions and even scholarships.

“This all culminates each year with a celebration,” Watts says. “It’s not just a car giveaway but a celebration of education in the High Desert. This is our baby and we’re proud of it. We’re helping to get kids into classrooms.”

Not only has this been a catalyst for the surge in perfect attendance, superintendents from High Desert school districts report that there has been a dramatic reduction in truancy and that the larger enrollments are generating an estimated $5.5 million in additional revenues for the districts.

This school year’s drawing for the Dodge Darts will be on May 16, 2015. Ten excited finalists will each get a key. The drama will build as each student takes their turn sitting in a Dart, hoping that their key will be the one to start it up.

The goodwill generated by the annual event clearly has resulted in some additional vehicle sales at Victorville Motors, Watts notes.

“But from the outset, this has been about helping the schools by getting more kids into the classrooms, and letting teachers do their job,” Watts says.