Chrysler
Chrysler 300 still in ‘a class all its own’

It has been nine decades since Walter P. Chrysler founded the car company that bears his name, and today, as it was in the beginning, Chrysler is on the forefront of design and innovation.

By being a leader in these areas, Chrysler has made cutting edge vehicles that are both stylish and fun to drive for customers. 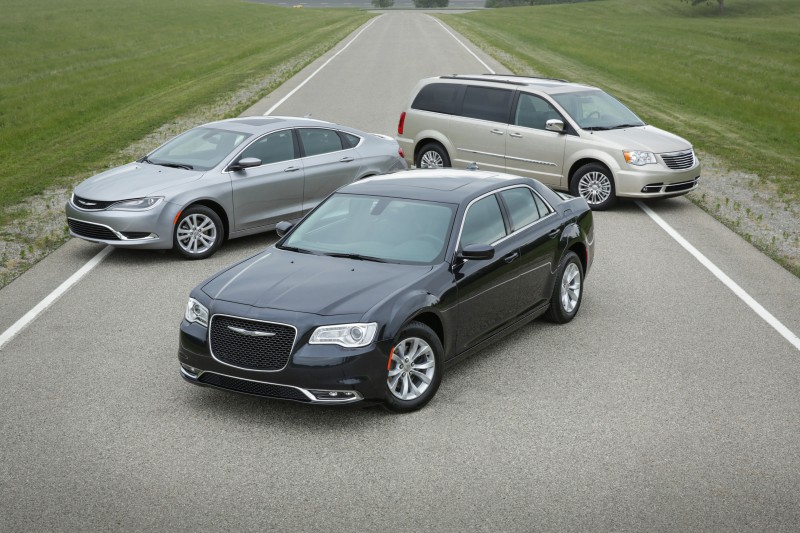 These traits of innovation and cutting edge design at an affordable price can be found today in the Chrysler 200, Chrysler 300 and Chrysler Town & Country.

These modern-day models draw upon the foundation laid more than 90 years ago by Walter P. Chrysler, who was leading Maxwell Motors in 1924 and released the first automobile to carry the Chrysler name, the Chrysler Six. The car featured a six-cylinder engine and four-wheel hydraulic brakes.

This spirit of innovation – and providing a safe vehicle at a fair price – continued after Chrysler founded Chrysler Corporation in 1925.

“He wanted to be a player in the industry,” said FCA US Manager of Historical Archives Brandt Rosenbusch, who stated that Chrysler focused on continuous improvement, firm engineering and building a safe vehicle at a fair price. “He always hoped to have a car bearing his name.”

The company soon introduced cars named after their top speed, such as the Chrysler 72 and the high-end Imperial model that competed against Cadillac.

In the 1930s as the Great Depression gripped the country, the company remained competitive with affordable cars and technological advancements, including “Floating Power,” which reduced the vibration felt from the engine in the body of the car. Chrysler also introduced the downdraft carburetor, automatic spark control and rustproofed, welded steel bodies.

It was also during this decade that the groundbreaking Chrysler Airflow was introduced. The car, which was introduced in 1934, took its design cues from aircraft with aerodynamic features in a teardrop shape.

While it impressed the engineering community, it wasn’t commercially successful. But the new body construction and engine placement signaled a new age of automobile design.

The start of the new decade also marked the end of an era as Walter P. Chrysler died in August 1940. Despite the death of the company founder, Chrysler continued to move forward with innovations, such as the development of a four-speed gearbox with two ranges, the introduction of the Thunderbolt and the Town & Country sedan.

When the nation went to war, Chrysler halted civilian production of automobiles in 1942 and retooled. Among the products Chrysler made for the war effort included the M-4 Sherman tank, “Sea Mule” marine tugs and Chrysler-Bell air raid sirens.

The end of the war in 1945 allowed Chrysler to resume production of civilian vehicles, and led to the release of new, more powerful engines in the 1950s.

In 1951, Chrysler introduced its hemispheric-head V-8 engine – also known as the HEMI, which was initially installed in the Chrysler Saratoga, New Yorker and Imperial. The Chrysler 300 was introduced in 1955 and featured a 300-horsepower HEMI, which not only made it the most powerful full-size car in the world, but also a force to be reckoned with on the NASCAR circuit. The Kiekhaefer Mercury Outboard Racing team won 20 of its 40 NASCAR races.

The company’s entire line of cars was honored in 1957 with Motor Trend’s “Car of the Year” award, and that same year, Chrysler introduced the first rear window defogger and child guard rear door locks.

This focus on design and safety continued into the 1960s as Chrysler moved to unibody construction, which not only improved fuel economy, but also provided greater protection to passengers in a crash. The company also offered the first five-year, 100,000-mile powertrain warranty.

In the 1970s, Chrysler began to offer smaller vehicles in response to fuel shortages and oil embargoes. While the company pivoted on the size of cars, it continued to offer new features, including electronic ignition.

The decade also saw the introduction of actor Ricardo Montalban as the pitchman for the Chrysler Cordoba in 1975, and three years later, Lee Iacocca was named president of Chrysler Corporation.

With the arrival of the 1980s, the company was dealing with a financial crisis, which led to a new generation of vehicles for the company. The Aries and Reliant K-cars were introduced in 1982 along with the front-wheel-drive Chrysler LeBaron. Then, in 1984, a whole new segment was introduced into the automotive industry with the minivan. The front-wheel-drive, compact van created a new segment in the automotive market and became an industry standard in the decades following its release.

The 1990s brought the debut of new sedans, minivan enhancements and the return of a familiar nameplate. The Concorde sedan debuted in 1993 and featured a new “cab forward” design, which created more interior cabin room for passengers. Two years later, Chrysler introduced the mid-size Chrysler Cirrus, which also featured the “cab forward” design.

The third generation of minivan was introduced in 1996 with new features, including a second sliding door for the passenger side Easy-Out roller seats. Chrysler brought back the 300 nameplate in 1999, and the 300M sedan was named Motor Trend’s “Car of the Year.”

As the decade came to end, Chrysler merged with Daimler and launched a number of new vehicles in the start of the new millennium. The fourth-generation minivan was introduced with new features, such as a power liftgate. In 2001, the PT Cruiser debuted and was named Motor Trend’s “Car of the Year.” The Chrysler Pacifica was introduced in 2004 and was predecessor to today’s popular crossover segment.

A rear-wheel-drive Chrysler 300 was introduced in 2005 and was named Motor Trend’s “Car of the Year.”

After undergoing bankruptcy, and becoming part of FIAT, the company introduced the new Chrysler 200 mid-size sedan in 2014, which included a number of affordable luxury features, such as lane departure warning, heated steering wheel and an all-wheel-drive system.

Ninety years ago, Chrysler founded what was known as “Detroit’s engineering company,” according to Rosenbusch, and that founding principle has remained in the company’s DNA with powerful engines, the latest in passenger safety technology and even creating a new segment – the minivan.

“(Chrysler) engineers have continued to develop and bring innovations into the Chrysler brand and models,” Rosenbusch said.

Stay tuned to see what Chrysler brand has to offer over the next 90 years.