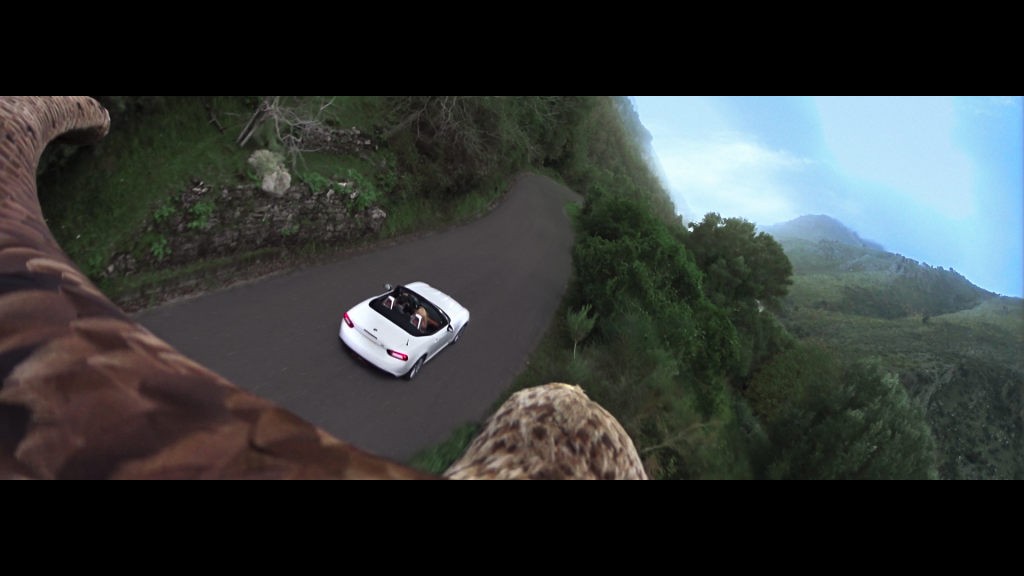 The soaring camera shots in the new FIAT commercial for the 2017 124 Spider weren’t recorded with the latest drone, but by an actual eagle.

As the commercial opens, the viewer is treated to a scene featuring the new roadster driving on a winding road along the Italian shoreline with the head and wings of the eagle in the shot.

This wasn’t a post-production, computer-generated addition of the largest eagle in Europe into the scene. It was actual video from a 2.8-ounce camera placed on the back of a white-tailed eagle. 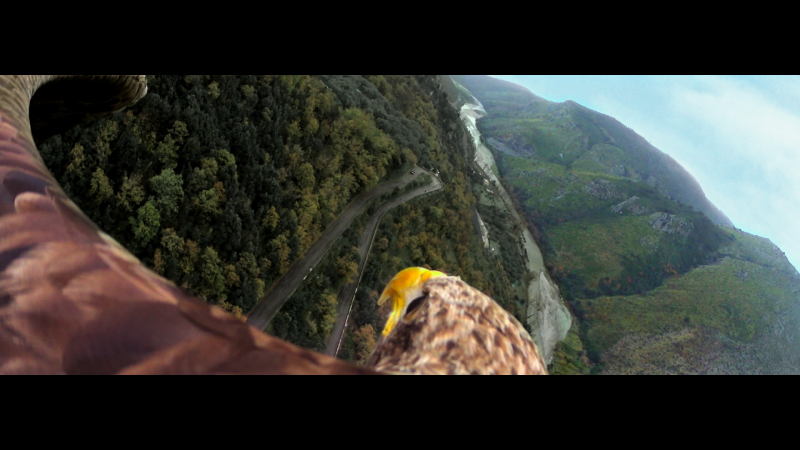 Three specially trained eagles, named Roi, Victor and Fletcher, were trained over a two-week period to “co-direct” the commercial and provide unique camera angles for the shoot in the southeast region of Italy.

“It has been a big international effort putting this film together,” said producer Neil Andrews, providing background for the commercial which had crew from six countries, a classic 1967 Spider 124 and a new 124 Spider. “It has been a massive collaborative effort into pulling this off.”

The majestic birds were from FREEDOM Conservation, a conservation movement that supports threatened birds of prey. Falconer Jacques Olivier Travers, who runs FREEDOM, stated the organization trains eagles for video 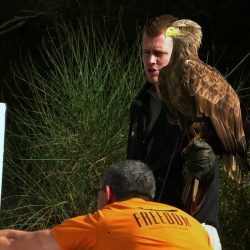 A white-tailed eagle from Freedom Conservation prepares for a photo shoot.

productions all over the world, including the FIAT shoot.

To obtain the unique shots, the eagles were placed in specially modified cages attached to drones and were lifted into the sky. When crews were ready to film, a door to the cage was opened and the eagle would fly along the roadway to Travers and land on his outstretched arm.

“It is important the bird know exactly what we want,” said Travers, describing how the eagle flew along the road and above the sporty convertible. “For that I use only one thing, the sight of the bird. It means even if I’m very far, it will see me and it will come to me.”

During the two days of filming, where representatives of Humane Society International were in close proximity at all times, the specially trained eagles had a 2.8 ounce camera placed on their back. When the birds weren’t on set, the eagles slept overnight in the outdoor garden at Hotel Americana in Palinuro, Italy.

This wasn’t the first time the eagles have been on screen. The FREEDOM Conservation has trained eagles for video productions from the French Alps to Dubai. 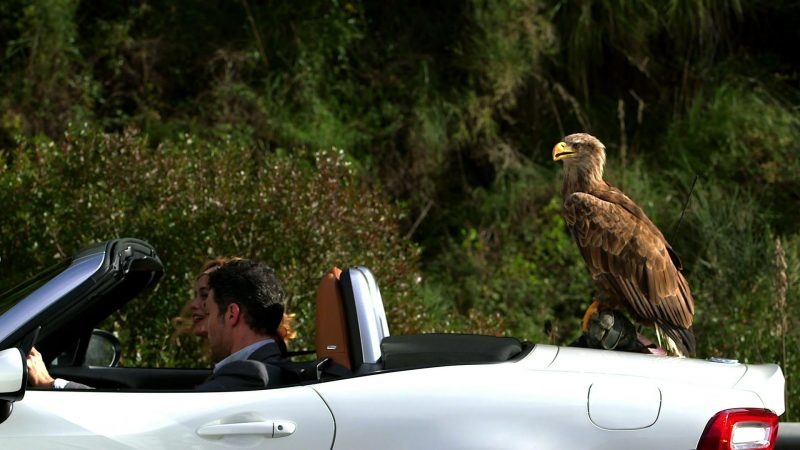 A white-tailed eagle sits on the back of a FIAT 124 Spider.